What seems like a lifetime ago, considering the new shape of the world—alternative sensation Alex Henry Foster stepped onto the Club Soda Stage at the Montreal Int’l Jazz Festival to perform a spectacular set from his album Windows in the Sky. Foster’s performance went on to be what was one of the most successful shows in 40 years of the festival’s history.

The festival was the first and at the time the only place Foster had planned to perform the intensely intimate track list, which Foster curated from an improvisational approach ignited by his transparent suffering from the loss of his father. The Montreal Int’l Jazz Festival was also one of the few places Foster remembered going to with his father as a kid. Thousands of people were lucky enough to witness the entrancing set in person, highlighted by previously unreleased song, “The Son of Hannah” alongside album hit “Lavender Sky.” The sheer energy and intimate reveal is now available to the world with the forthcoming concert film release, Standing Under Bright Lights, due out April 16.

“Playing there was very special on so many levels,” Foster tells American Songwriter about playing the festival. “It was  the intimacy of the moments that I had with my father that guided me to do that. Because after releasing Windows in the Sky, I wasn’t really looking to tour. My concern was that those songs would lose their meaning playing them over and over again and getting into some kind of a mimic every night. For me it was going to be a one-off thing. I didn’t have any kind of ambition whatsoever about pursuing anything after that.”

Still very raw from the loss, it was not easy for Foster to perform these songs live which were written during his father’s passing. So naturally his one and only stipulation to play the festival was that he have complete creative control over the production, which he prepared with an 11-piece band. The songs were real, the moments were real, and the pain was real and Foster wanted to keep the performance as such.

“I think that they put in a great deal of effort to accommodate what I wanted to do,” Foster said about the festival. “And that was a real blessing for me because it was such an emotional moment for me as a first hometown gig, which is always difficult for so many reasons, like playing in front of my father’s family and old friends—people came from all over the world to see that moment. So, it was really intimate and I didn’t want to turn that into like commerce and promotion.”

Expanding from Foster’s usual 6-piece band to an 11-piece band was a daunting task, especially without any prepared sheet music, but it sparked genuine collaboration in the face of music’s guiding force. And though the idea of improv and surrendering to the songs felt organic to Foster, it was equally as difficult for the rest of the band.

“My approach was from a completely different mindset; I was conducting the band,” Foster said. “It wasn’t something like, ‘‘ok let’s rehearse the same forms so then after that we can play those songs live.’ To keep those songs fresh, to keep everything and everybody on their toes and within the moment was to improvise and change whatever structures we were stuck in. We were following the vibe and the emotions rather than trying to fit the emotions in the context of a song that was already organized and well-rehearsed.

“Then people were asking if I had music sheets. And I would say ‘this is more of a philosophical kind of approach—we don’t have music sheets, that’s exactly what I want to avoid.’ And then people are looking at you, then looking at themselves and each other thinking, ‘this is going to be interesting.’”

And it was. The performance of what was mapped from the 9-song track list peeled from Windows in the Sky went on for two-and-a-half hours and captivated concert-goers every second with improv, emotions, darkness, poetry laden lyrics, spoken word vocals and experimental music that transported everyone in attendance to a different plane.

“We never knew where the music would lead us or the moment,” Foster said. “The fun thing about the concert was there were a lot of moments that happened without planning. We didn’t envision some of those parts and I think that’s what gives the concert its very unique and emotional nature—everybody had to be within the moment. And when something was slowly happening, nobody felt like they had to fight against the current.”

Perhaps a partial part of the improvisation was guided by the spoken-word styled lyrics and vocals that Foster had written in his home in Virginia, during his early stages of grief, when all he could really do was write words down and talk about how he was feeling.

“It came very instinctively and naturally when I started to write and record those songs in the intimacy of my place in Virginia, I didn’t try to turn those words into songs,” he says. “It was more a moment and what I was going through at the time when I could ask- ‘what does it mean and how do I feel about them?’ I wasn’t really thinking much about the style.”

Music has always been a kind of blanket for Foster, and it served him even better as a public figure dealing with such loss. Being hidden in a sea of music and other band members, offered the protection he sought to be vulnerable on stage to be able to release his pain as well as preserve the delicacy of the songs.

“For me, it was way easier to hide in the context of a band,” he said. “Because you’d never have to take all the responsibility of your words. In a way you don’t have to take ownership of everything you’re saying or wanting to share.”

Though much of the track list dealt with grief and loss, it also touched on the metaphorical loss of parents as kids grow up the kind of transformation that takes place—going from adolescence to adulthood and assuming responsibility for one’s own life.

“It’s also about the rites of passage where you you’re losing your father as a boy,” Foster said about Windows in the Sky overall. “Suddenly there’s a different perspective about adulthood and what you went through as a kid, and the few significant moments you had with him. But it’s also about what your own journey has been and where it might lead, if you don’t take ownership of your life.”

And though Windows in the Sky wasn’t intended for anything or conceived with any goal it was Foster’s coping mechanism navigating him through this period of life, providing some simple kind of reprieve and ability to make sense of his emotions.

“It was testimony of honesty, without ambition,” Foster said. “The music from Windows in the Sky wasn’t even supposed to be something that I would commercialize and release. It was more of my own personal little therapy. It’s been produced in a very natural way and in the urgency of the moment because I didn’t want to play with those things. I wanted those emotions to remain what they were to represent the moments that I had with my father.”

Performing the songs at The festival, Foster thought about how he could use the songs not as profit or commercialism but as further therapy and a way to connect with other people. And every show after, as the record grew in success, became a test against Fosters’ own emotions and vulnerability to move one step beyond his grief phase and into a new light.

“I didn’t want to feel like I needed to hurt myself every night for those songs to be real,” Foster explained. “They were real. I allowed them to evolve and through them I’ve been able to evolve as well. I let them become what they were through sharing with other people. That communion, really shaped them in different forms, night after night when I decided to—after that concert at the Jazz Fest— to keep going a little bit and see if I really wanted to give it a try.”

Two years later and a lot of isolation and alone time propelled by the pandemic, Foster is ready to further share the music in a live setting on a proper tour setting, just as he did in Montreal. Foster and his band, The Long Shadows, are tentatively scheduled to tour Europe shortly after the release of Standing Under Bright Lights.

“I think that the ‘no boundaries’ thing is something that I’m very blessed to do and will welcome for the rest of what I do,” Foster said. “Now I just don’t think too much when it comes to creativity. I just want to just to breathe in, and to allow myself to discover what might be breathed out after. I know that it’s a bit cryptic and weird but it’s really where I am now, as a person. And I think that the music and what I’m doing represents that.

“Now I rediscover myself through rediscovering the songs. I’m already working on the next record, and I’m really in a position where I’m feeling so good after years of being in a very dark place in my life. So, yes—it’s difficult to talk about, but at the same time, it’s like a wonderful message to something else.”

Standing Under Bright Lights is available for pre-order here. The release includes both a live album as well as the filmed performance from The Montreal Int’l Jazz Festival. 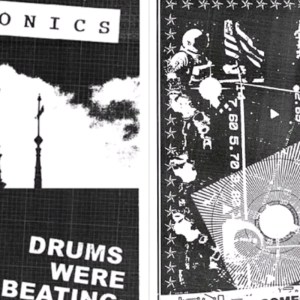 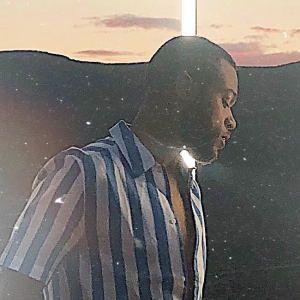