Hypnosonics
Somebody Stole My Shoes:Beyond the Q Division Sessions
Drums Were Beating:Fort Apache 1996
(Modern Harmonic)
Both 4 out of 5 stars

Even fans of Mark Sandman’s bands Treat Her Right and Morphine probably didn’t know about the existence of a third project. That’s because there was little publicity about Hypnosonics, even though they were active, at least conceptually, from 1986 through his untimely death in 1999. Unless you lived around the Boston area where the Sandman fronted musicians sporadically played live, there was little chance of hearing their music since there were no official Hypnosonics releases.

That has now been belatedly rectified with the somewhat surprising appearance of not one but two CDs, appearing simultaneously, adding to Sandman’s existing catalog of quirky, cool music.

Unlike the stripped down roots rocking Treat Her Right quartet or Morphine’s even leaner trio, Hypnosonics was a larger six (sometimes seven) piece ensemble that notably included a horn section to further bolster its approach. It was also far funkier than either, allowing the usually dark Sandman more leeway to have fun. That is obvious on the live radio show from 1996 and even in the studio work of a decade earlier.

The first is a 1986 recording from Boston’s Q Division Studio.  It features seven tracks from the embryonic act, augmented by two more from the 1996 lineup which added  Dana Colley’s (Morphine) distinctive noir baritone sax to the already funk-filled atmosphere. Both of the latter titles are repeats showing there wasn’t a lot of fresh material penned even a decade later.

The popping bass of the opening “Rub It In” makes it clear this is far removed from Sandman’s work with Treat Her Right, his primary gig at the time. Tom Halter’s trumpet borrows somewhat from Miles Davis’ more upbeat early ‘80s sound as Sandman, who plays regular guitar as opposed to his trademarked low, bass heavy lines, talk/sings bizarre, often humorous lyrics.

The groove stays elastic through nine minutes of the title track as horns punctuate the repeated riff with salty staccato blasts. Things get more psychedelic in the second version captured ten years later, yet the rubbery attack remains powerful and frisky. There’s bubbly soul on “Livin’ With You” but this is very much a funk affair, albeit with Sandman’s offbeat lyrics twisting it far away from James Brown or Funkadelic territory.

Not much changes on 1996’s radio performance from the legendary Fort Apache recording facility. The horn parts are better arranged but there remains a loose vibe, in part because of Sandman’s insistence that he didn’t want many rehearsals in an effort to keep the playing fresh and inspired. Sandman even takes a rare guitar solo during the opening “French Fries with Pepper.” The blueprint for Hypnosonics was to lay down a riff, stand back while Sandman’s voice and lyrics establish a repeated motif, and let this talented band improvise like great jazz musicians are trained to do.

Both albums are professionally recorded and mixed making them jump out of the speakers with all the crackling vibrancy and creative electricity that went down in the studio. It’s likely there are few if any overdubs on either.

Why this terrific music was left to languish unreleased until now is unclear. But Hypnosonics could easily have been a full time project for Mark Sandman if he wasn’t already an integral member of two other outfits. Now that it’s here, we have a fuller understanding of the busy Sandman’s influences as well as almost two additional hours of songs to add to his surviving catalog of eclectic material, all of which remains fresh, edgy and innovative. 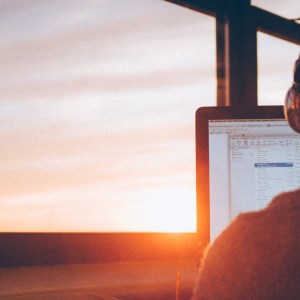 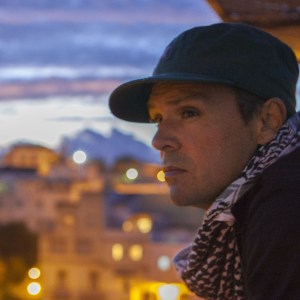