Producer, singer-songwriter Alex Wong shares his music video for “Wherever You Are,” and an exclusive listen to his forthcoming album today on American Songwriter. This song was released January 24th as his last single from, ‘The Elephant and The Seahorse.’ The record is Wong’s second solo LP after many years of producing them for others.

‘The Elephant and The Seahorse’ examines the labyrinth of memory. Each song deals with a question surrounding memory, particularly as it pertains to identity. “Wherever You Are” emerged from a quote Wong thought he heard from a Ted Talk. As he recalls, it was something like, “to my other half… wherever you are… I’m coming as fast as I can.” Wong held onto these words as he compiled different types of memory for this record.

“I kept coming back to this idea that maybe the “chemistry” we are said to feel when we meet our person is more of a feeling of remembering them from another time,” Wong explained.

Strangely enough, Wong could not find a trace of this profound recollection in his research for the song.

“I remember getting emotional when I heard this, and not knowing why. I wasn’t even sure if I believed in the premise,” Wong shared. “But I couldn’t shake the image of two souls racing in time and space toward each other, on an inevitable collision course.”

The visual, directed by long-time friend, Alex Berger, utilizes an 80’s novelty camera to produce this exact vision. The previous artist-turned-photographer forged a new stylistic path and shot the entire video with 35 mm film. Berger described the editing process as “painstaking,” but the product was his most proud project yet. He credited the poignancy of the shots to the film itself and its connection to a generation that grew up with family photos shot in the same manner.

“Once we knew we were using the camera, the entire vision for the video came to me while Alex played me the song in his studio,” Berger shared. “It’s very gratifying to see a project become a reality as you saw it in your head.”

The title of the album is exemplary of the layered meaning woven into Alex’s work. The elephant is a more obvious nod to memory, known in popular culture as the animal that never forgets. The seahorse component dates back to scientists’ discovery of the part of the brain believed to control memory and emotion. They felt the shape resembled that of a tiny seahorse and named it after the seahorse’s genus, the hippocampus.

Adding another layer to his solo album, Wong hosted a dinner party where he thoughtfully paired each of these songs with a traditional Chinese course. To his dinner guests, Wong compared the sometimes physical reaction to music to food memories and the emotion that comes from taste.

“Show Yourself” uncovers Wong’s memories of feeling insecure as a Chinese-American child who was “between” two cultures. Wong believed he was not Asian enough for other Chinese people and not white enough to be truly American.

“The song describes my process of questioning that conditioning later in life and how it subconsciously affected how I lived. The resolution is learning how to claim my own space and identity and stand in it,” Wong shared.

To complement this song, Wong served Sichuan Pepper Noodles. “You notice a mild initial flavor upon the first bite, but over time the true nature of the pepper creeps up on you and reveals itself by the end of the dish,” Wong explained.

The album’s closing song, “Me, Forever” approaches memory from the perspective of a past life. Inspired by two separate psychic visits that led him to believe he had once lived as a Parisian, Wong made the trek across the pond in 2017. The lyrics follow Wong on his solo journey around the City of Light, searching for his home from a previous life.

“I love the idea of living on top of the past, intermingling with ghosts and past lives that came before,” shared Wong. “Our concept of “Me” could stretch like a string forever, telling a complete story through a series of multiple lives.”

Wong concluded the nine-course dinner and paired this track with a Chinese Donut (Jin Deui) served with Orange Blossom Rice Ice Cream. “Since this song is about past lives, I wanted to create a dessert using different incarnations of rice grains,” said Wong. “The donut, a childhood favorite of mine, is made from glutenous rice flour and the ice cream with rice milk.”

Listen to Alex Wong’s ‘The Elephant and The Seahorse’ below and pre-save the album here.

Purchase tickets to Alex Wong’s Listening and Tasting Experience for The Elephant and The Seahorse on March 13th & March 28th here. 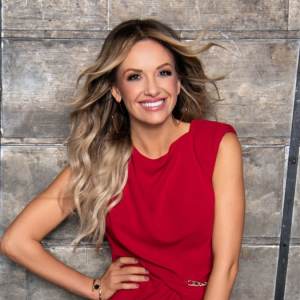 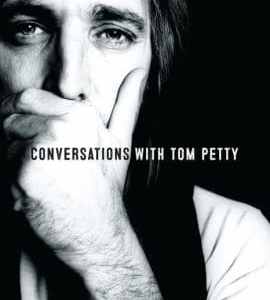