Since beginning his career five decades ago, legendary rocker Alice Cooper has rarely taken significant time off—until the COVID-19 pandemic forced him to return home to Phoenix. This development, he says, is “not totally bad. I was home when my first granddaughter was born, and so I see her every day. I see my grandsons every day. They’re all little six-year-olds running around, crazy. I would not have been here for that if I had been on the road, so it was a blessing in disguise. And who knows? We might have needed the rest. It might have been to a point where, ‘Come on, slow down a little bit, you’re doing 190 shows a year. Take a year off!’”

Cooper is still working hard, though. He’s releasing a new album, Detroit Stories, on February 26 via earMUSIC. As the title suggests, this is an album about Detroit, where Cooper was born and spent his early childhood. He decided on this theme “because that’s my hometown and it’s the home of hard rock, it’s the home of guitar rock. Detroit was Iggy and the Stooges, MC5, Alice Cooper, Ted Nugent. We were all guitar rock bands. And that’s what that city is: it’s a really industrial kind of hard rock city.”

Rather than simply writing songs about Detroit, Cooper took the concept one step further: “I said, ‘Let’s go there and record there, use all Detroit players, and write the songs all about Detroit or characters that live in Detroit. And so we kept it pretty pure. The only person, I think, that we brought in that wasn’t from Detroit was [guitarist Joe] Bonamassa.” Other musicians appearing on Detroit Stories include Wayne Kramer (guitarist with the MC5), Johnny “Bee” Badanjek (drummer with Detroit Wheels), bassist Paul Randolph, and the Motor City Horns.

Cooper says he also wanted to pay homage to his hometown because it’s where he first fell in love with rock and roll. He has a vivid memory from his childhood there, listening to Chuck Berry. “And I realized right then that rock and roll before that was all driven by harmonies and doo-wop and Elvis Presley, horns and keyboards,” he says. “This was the first record I heard that was driven by guitars. Then on top of it, Chuck Berry was the greatest lyricist of all time. He could tell a story in three minutes. I learned how to write lyrics listening to Chuck Berry.”

Detroit Stories is also intertwined with Cooper’s past in another way, because it was produced by Bob Ezrin, with whom Cooper estimates he has worked “on ten or fifteen albums together. He did [1972’s] School’s Out, [1973’s] Billion Dollar Babies, all the big records,” Cooper says. “We just have this connection. We’ll write a song and go, ‘Is that Alice or is that not Alice?’ I always talk about Alice in the third person because we’re not writing for me—I’m writing for Alice, the character. So it’s an intricate kind of thing.”

As for Cooper’s actual songwriting process, he says he often starts with a title. He uses one of his biggest songs as an example: “If you say, “Welcome to My Nightmare,” well, you’d better write something that depicts the nightmare. And then when you get it on stage, don’t just say it, give them the nightmare. Make it come to life in front of the audience.”

Cooper uses other songwriting approaches, as well. “A lot of times, I will hear somebody say something,” he says, recalling how one of his signature songs, “School’s Out,” came about in this way during a songwriting session with Dick Wagner. “The TV was on, and it was one of the old Bowery Boys movies. The two main characters, one hits [the other] with his hat and he says, ‘School’s out!’ Which meant, ‘Wise up.’ And I went, ‘What did he just say? What a great idea: school’s out, wise up.’ We wrote that song in fifteen minutes.”

Cooper says that using a theme, as he did with Detroit Stories and many of his other albums, can also be a useful writing tool. “If you told me, ‘Alice, I need you to write a song about an elephant and a giraffe that are in love on top of the Empire State Building, I would go, ‘Okay. Do you want that to be sad, romantic, funny?’” he says. “In other words, if you tell me what you need, I can write to that. So I like the idea of putting myself in the idea of, ‘What’s the theme of this album?’ Now I can pick out things and keep working on that theme. I like connecting the songs.”

There is only one topic that Cooper will not touch: “I stay away from politics,” he says. “I try to entertain the audience. I don’t want to send them to CNN. The idea behind an Alice Cooper show is to take you away from the everyday news and take you someplace that you’ve never been.”

That has certainly been the case since Cooper’s career began, when “Alice Cooper” was a band. They got their career going in Detroit, which they found was a more welcoming place for their hard rock riffs and horror show theatrics than other cities. “We were thinking more like, ‘Why not be this great show band, this freaky band that nobody’s seen anything like this but also have hits,’” Cooper says of those early days. “If you have hit records and hit songs, you’re going to stay around as long as you want.”

This plan worked and the band went on to release a long list of hit singles that have become some of the most recognizable songs in rock history: “I’m Eighteen,” “School’s Out,” “No More Mr. Nice Guy,” “Muscle of Love,” and many more. When Cooper embarked on a solo career in 1975, the hits continued with “Only Women Bleed,” “Welcome to My Nightmare,” and “Poison,” among others.

Now, Cooper is certain that Detroit Stories with fit in well with that list. “I listened to back to it—I hadn’t heard it for a month, and I put it on and I was surprised how hard rock it is,” he says. “It really is driven by guitars, and so the album never really lets down anywhere. It just keeps going. To me, that’s hard to do. But we did it! I really like this album because it just doesn’t give you a break. I think we got what we wanted: we kept it Detroit. But I added the Alice Cooper sense of humor to it—very dark sense of humor.” Cooper may be a doting grandfather now, but as this latest work proves, he’s still as hard rocking, funny, and edgy as ever. 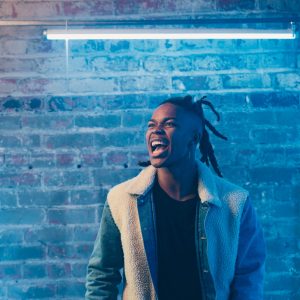 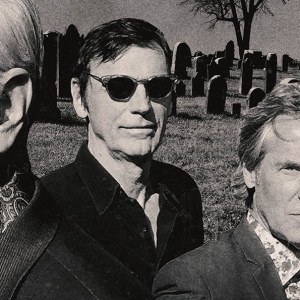