Terry Corso is trying to set his house up like Tom Hanks’ loft in Big. There are Swagtron electric bikes, golf clubs and putting greens. He has everything set, sans a trampoline and basketball hoop, but there’s still time to expand during quarantine. It’s all part Corso’s grand scheme to break up the monotony of life in lockdown, and to avoid sitting in front of a computer all day. Prior to COVID-19, the Alien Ant Farm guitarist was busy with the band working on their sixth studio album, then… wham. Well, Wham! happened. Out of the blue, Alien Ant Farm released an animated cover of the 1984 Wham! hit “Everything She Wants.”

The band’s first new music since 2015’s Always and Forever, fans immediately took notice, even calling them out on YouTube for not posting anything in 10 years, then returning with Wham! It’s all in jest. AAF fans are patient, and loyal, and the band, which was still touring throughout the years, had good reason for the lull over the past few years.

“We didn’t have a record label for a long time, and we lost control of our Vevo, so we just needed to get a lot of things back in order,” Corso tells American Songwriter. “Now, we have a label partner again, we got management again, and all components are in place again. We’ve just been touring our butts off without any real release for years.”

Upon their “return,” the band pulled out one of their favorite Wham! songs—one of a hundred or more covers they’ve played throughout the years—then recorded it. “This one just kind of made it to the recording phase,” says Corso. “We felt like it was strong and we liked the way that we made it our own, but we still kept the emotion in place as far as vocally with Dryden and those baselines lines really translate well with the guitar, like staccato. And it feels good to listen to. It makes people dance.”

Before taking on Michael Jackson’s “Smooth Criminal” in 2001, covers have been weaved into the Alien Ant Farm DNA since they were a local band in Riverside, CA. At one point, covers were a big part of AAF’s regular sets. “We’ve done so many covers over the years,” says Corso. “We used to try and do a different cover every time we played and we kept it going for a while. It’s always been a fun thing for us to do as musicians, if we were fans of a song. It’s a standards frame of mind.”

Everything from an Aaliyah track to the “South Park” theme song were part of the set. “We’ve done a lot of weird stuff, but ‘Smooth Criminal’ was one that we were thinking of covering for awhile. We were in a home show environment, and we played the main riff, and everybody kind of lost it. We went back to my room and sorted it out real quick, and the rest is history. Everybody wanted it so much that it just became the mainstay in a way.”

Since Always and Forever, and breaking from their previous label, Corso says everything left the band soured for awhile. Now under Megaforce Records, Alien Ant Farm, lined up with Corso, Dryden Mitchell, Tim Peugh, and Mike Cosgrove, have been working on their sixth, untitled album. “It’s a great time to kind of be forced outside the box, which I think is always good,” says Corso. “The label is absolutely cool and understanding, and they’re not putting any pressure on us.”

In the midst of playing shows throughout the years, a collection of new songs were also stacking up. “We also want to get creative and sometimes it’s more fun to move forward, than go backwards,” says Corso. “We’re not trying to harvest too much of that old material, even though it’s there. We’re just trying to keep forward movement and writing, working with different producers and songwriters.”

Personally, over the years, band members have had children, divorces, weddings… new dogs. “All kinds of crap,” jokes Corso, who had his own health issues but said he made it out on the other side. In 2011, he was diagnosed with a severe case of diverticulitis, which led to two surgeries to help treat the condition.

Working with South African producer Esjay Jones, who also worked on the “Everything She Wants” cover, the band is slowly piecing together the new album. “She’s friend that we’d done a lot of writing with over the years,” says Corso. “We did a chunk of songs with her now, so we’re just kind of exploring other people that we’d like to write and record with.”

“By default, we tend to write kind of romantically in a way, whatever stage of the relationship I suppose,” says Corso. “But that’s kind of always been our thing, for better or for worse. We’ve never been a conceptual band or there’s no real thing other than love and what comes with love—and then occasionally we write about stuff that affects us emotionally. Sometimes that’s the cool, neutral way to go. Everybody relates to that, and it’s super dimensional too.”

It’s been a rocky road for Alien Ant Farm, but ultimately a good one, 25 years since they formed and more than two decades since debuting with 1999’s Greatest Hits.

“Sometimes you kind of go ‘wow, that went by quick,’ or you have a little memory and you’re like ‘that seems like yesterday,’ but we definitely put in the work, so we were always a hard working and touring band and we’re survivors,” says Corso of AAF’s journey so far. “We’ll still find a way to kind of get in people’s faces some way, some how.”

Corso says “Everything She Wants” is just Alien Ant Farm warming up. “It’s like a big warm hug when you kind of need it,” he says. “We didn’t really plan it in any way. It was recorded, mixed, and mastered and just sitting there. We wanted to make people happy rather than hitting them with something that’s a little more cerebral. It was time to manufacture some smiles, and it seems like everyone’s going for retro shit, because it makes them feel… it’s like an old sweater or something.”

He adds, “We considered that some people are gonna say, ‘oh, another cover,’ but I can’t put energy into that. I’m more into manufacturing smiles.”

The band recently regrouped for the first time since COVID-19 hit to play a live show from West Hollywood’s Whisky a Go Go, which Corso says was an experiment. “It’s not the first time we played to an empty room,” he laughs, “but I think it could turn into something.” Sure, the band misses touring, but Corso jokes that when Coachella did the live hologram of Tupac in 2012, he and the band were already considering using this three-dimensional interface when they’re too old to travel. In a way, Corso sees the live stream as a similar concept. “If you think about it,” says Corso, “maybe someday there will be a crowd simulation for us.”

Right now, Corso is ready for Alien Ant Farm’s sixth chapter and despite the current shutdown, the band is just letting everything unfold before them.

“Who knows what the future holds,” says Corso, “but we’ve made it through worse.” 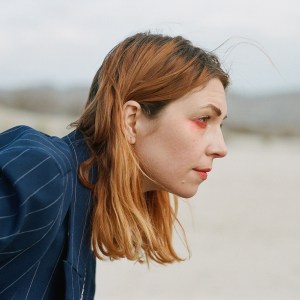 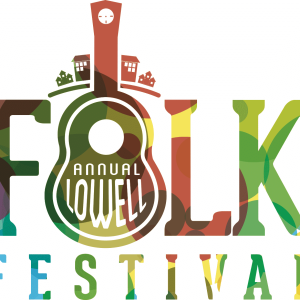