Divorce on its own is heartbreak enough.  Having to confront your once-beloved face-to-face is even more challenging. But to be forced to duet with your formerly betrothed? Unfathomable.  That precisely is the subject matter of Little Kid’s new single “All Night (Golden Ring).”

Based on the true-life story of country artists George Jones and Tammy Wynette who divorced in 1975 but were forced by Epic Records to record a duet album that was released the following year, Little Kid mines the emotions, heartbreak, tension that the two – especially Wynette – had to endure.

“Ever since I first read about the relationship between Tammy Wynette and George Jones, particularly the recording of their album Golden Ring, I had wanted to explore it in a song,” says vocalist Kenny Boothby. Taking that thread as a starting point, he wove a song that carries the smothering weight of heartbreak and trauma. The fact that the Jones/Wynette album and single both hit #1 on the charts adds insult to injury as the duo never achieved that level of success before they split up.

“It’s such a uniquely sad situation and it really resonated with me as a survivor of abuse… The idea of having to sing these seemingly light-hearted country duets with the person who hurt you makes the whole album upsetting to listen to,” he continues. Sung as a duet with his bandmate Megan Lunn, the palpable grief is visceral, the detached sadness constantly reverberating through the song like an emotional metronome.

Accused of physical abuse and firing a shotgun at her, Jones’ presence in Wynette’s life post-divorce must have been emotional torture. “Confusing the present and past / I place my hand on the small of your back / I’m back in that house where we lived / The ring and the finger and forming a fist,” Boothby sings, hinting at the alleged violent streak within Jones.

Played as melancholic country ballad that recalls musicality of Cowboy Junkies merged with the artful and evocative songwriting of Lucinda Williams, “All Night (Golden Ring)” makes the bleak and dysphoric storyline sweetly listenable, a trademark of Little Kid’s Canadian brand of indie Americana.  The sound of this song in particular carried a rather peculiar origin. “The sound of the song is unique because we recorded the bed tracks – bass, drums, and acoustic guitars – in the key of A at a higher tempo and then slowed down the tape to change the key to G and give the performance a strange, sluggish quality,” Boothby explains, pulling back the curtain on the song’s composition.  “We overdubbed the vocals, piano, and other instruments in the new key, so the end result is a combination of performances recorded at different tape speeds.” The resulting aural quality casts a dreamlike and ethereal veil on the track. “Lately I’m most moved by finding ways to inject very traditional country and folk chord progressions with a dose of strangeness.”

Taken from their fourth album Transfiguration Highway, “All Night (Golden Ring)” was a song that had been gestating for a little while. “Given that Megan had formally joined the band since around the time we recorded our last album [2018’s Might As Well With My Soul], I had also been wanting to utilize the shared vocal duties to write something of a formal country duet in the style of artists like George and Tammy,” he explains.  “So it seemed fitting to use that format to explore their relationship. The verse’s chord progression was something I’d been playing on the piano for at least a year, and I would sing this melody that had a way of overlapping itself, so it seemed perfect for two vocalists – once I made that connection, the song essentially wrote itself.”

While George Jones and Tammy Wynette’s forced relationship continued to generate hit singles for a handful of years after, the trauma of this distressing experience continues to be empathically felt by Boothby. “I was really saddened to read about that, and to picture how that must have felt for Tammy,” says Boothby. “I can’t relate directly, but as a survivor of abuse, I can only imagine what it would feel like to have to sing with my abuser, much less to have to sing love songs with him and act like everything is OK.” With “All Night (Golden Ring),” he lets his listeners imagine it right along with him… every single heart-wrenching note of it. 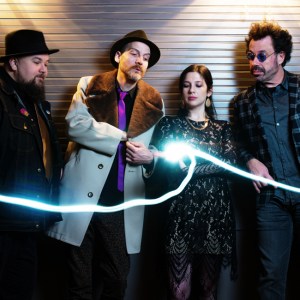 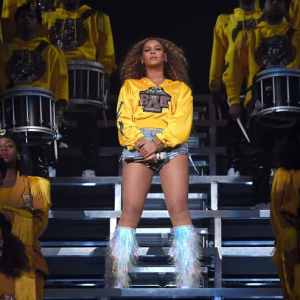