From singing in the shower and open mic nights to writing his own music and playing solo house shows, Brett Altman has come a long way in a short time.

“I call myself a late bloomer because I never played in a band growing up. I never really did much musically other than the trumpet for a few years. I picked up the guitar right as I was graduating college and even then, I still had a day job in finance.”

Even though he hasn’t been preparing for his music career for as long as some artists, Altman is working hard every day to achieve his dreams.

This summer he released his first acoustic EP, which included the track, “Alone on Saturday Night.” This song was originally recorded in October of 2019 as a full band version and the acoustic version came several months later.

His audience has had the chance to hear this version of “Alone on Saturday Night,” and now, Altman feels it is the right time to release the original full band version.

“I feel like this version builds to a point where there’s just so much energy and excitement and that’s how I envisioned initially showing everybody this song, but you roll with the punches.”

Altman first started writing this song after a move into a new place of his own.

“When I wrote this in my apartment, it started as a sad song. I felt guilty being inside when everyone was out having so much fun, but I really like the alone time that I have learned to embrace … There’s this pressure to constantly keep up with what your friends are doing and I didn’t feel like I was giving myself enough down time.”

Once he showed the chorus to his friend Max Perkins, the two decided to finish off the song together.

“I felt like it was a special song and really relatable. The message I want to convey is to embrace the quiet moments that we have … Even though we are stuck at home right now, there’s so much you can learn about yourself. I wrote the beginning of the song when I was in a sad place, but during that time, I learned about myself and how there’s just so much joy that can come from focusing on yourself and what you want to do.”

Even though he did not expect to release both of these songs during a global lockdown, not much has changed since the acoustic version was released. He now hopes both songs can still bring comfort to his listeners that might be feeling stuck inside.

If you loved the acoustic version, you need to check out this full band version: 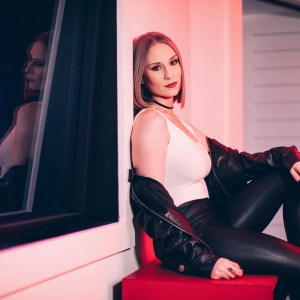 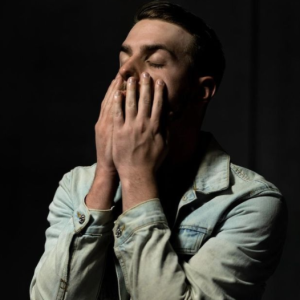