Hayes Carll has become an archetypal figure of the modern singer-songwriter movement. A mainstay of the last two decades of Nashville tradition, Carll walks through pivotal career moments reflected in his latest collection, Alone Together, he released today.

His eleven-track album comprises nine reimagined originals, Scott Nolan’s “Bad Liver and a Broken Heart,” an intimate duet with the singer-songwriter and author Allison Moorer, to whom he is also married, on Merle Haggard’s “That’s The Way Love Goes.”

The idea originated in December on the tail end of a picking party Carll hosted at his home in Nashville. Darell Scott came over, and the two played one of the four songs they wrote together, “Sake of the Song,” which Carll recorded for his 2016 Lovers and Leavers record.

“Working and playing with Darrell is one of my favorite creative collaborations. He’s just incredible to work with,” says Carll. The two had written together many times, but had not yet played those tracks together.

“It’s a different thing when you’re sitting there trying to create and build it, than just enjoying it, performing, being in the moment with it,” he says. “Playing there that night, just the two of us on guitars, it grabbed me immediately. I thought, ‘I would love to do more of this’ and decided I wanted to make a record with him.”

Unsure whether the project would be a record of covers or covering himself, Carll and Scott experimented with both. Ultimately, they booked a day in the studio. They cut three songs, two of which were Carll’s, “Times Like These” and “Sake of the Song,” and then a third, “That’s The Way Love Goes,” by Whitey Shafer and Lefty Frizzell.

“The first day was more of just experimenting with ‘Sake of the Song,’ because I had such a great time playing it at the party. “Times Like These”, had a heavier take on the song. I thought the song, lyrically, was relevant to what was going on in the world. The version that I put on my last record had more light-hearted energy. Maybe the lyrics didn’t land like I thought they could, so I wanted to take another stab at it. “That’s The Way Love Goes” was one Allison and I played together. We tour together a fair bit, and it was a song we love doing, so we thought we’d take another look at it,” says Carll.

A couple of months went by while Carll and Moorer were out touring, on a run named “Alone Together” because of their solo sets. They were in Seattle when it all came to a screeching halt in early March. This was a turning point for the record. Being on the road was no longer viable. The initial tour plans dwindled into weekly live streams aptly titled Alone Together Tuesdays.

Like many, the artist found himself with more time on his hands than he’s ever had. He called Scott and told him it was time to finish up the record. They put the three songs they had recorded at the thematic core of the project and decided to round it out with catalog pieces. The selections date back to his 2002 debut, re-recording “Arkansas Blues” from Flowers and Liquor.

“These are songs that I’ve done throughout my career, but after 15-20 years of playing, some of them evolved or changed or have been overlooked. I was able to shine a fresh light on some, or even reinterpret them,” Carll says.

He had planned to title the record What It Was; a witty follow up to his highly-acclaimed 2019 record, What It Is. However, circumstances made clear his decision to continue with the Alone Together theme that found new meaning in the current context.

“I’m definitely getting my money’s worth out of that title,” he laughs.

Alone Together was one of his more collaborative projects, yet pandemic-restrictions forced an innovative, isolated approach to the recording process. Carll got to work independently in his studio, digging into new technology and figuring out the basics of recording without access to the technicians. Once he recorded his part of the tracks, we would then send the tapes to Scott at his respective home. Ray Wylie Hubbard joined remotely on his new recording of “Drunken Poet’s Dream.” Moorer came out to the one-room studio in their backyard that they call ‘The Doghouse,’ and sang her parts.

Carll’s personal favorite os this take of “Drunken Poet’s Dream” over a decade after he and Hubbard separately released the song.

“We wrote it together, and we both put it on our respective records and had some success with it. Getting to do it together meant a lot to me. And I like the way that we re-worked it. We both had different takes on it, and this is yet another take on it. There’s fresh energy to it,” he says.

Carll adds, “I decided to talk a little trash to him because Ray is the king of ribbing me and dropping me in the grease. We’ve known each other for a long time and have fun with that. I thought it’d be cool to capture that on tape. The only thing is, we were not in the same state, let alone the same room. So I recorded my trash talk and just left some space for him to fill, and I sent it. Then he responded. I get such a kick out of hearing Ray in that way and having captured our dynamic on tape.”

He also is proud to share “Times Like These” which he released as a single for this record and originally last year on What It Is.

“I just felt like it captured a lot of what was going on,” says Carll. “Whether it’s the situation, politically or culturally, or even with the pandemic. It’s weird times we’re living in, divisive times. And that song addresses certainly how I felt, but how I think a lot of people feel about the state of things.”

Alone Together marks Carll’s seventh studio album. The collaborative collection highlights notable moments both in his career and personal life. The selections nod to his deep-run Texas roots and the people and places that have shaped his artistry. The artist’s reimagined recordings lend some insight into his shifting ideals and influences with more life experience under his belt.

“Over all these years, I’ve never really looked at how all these songs fit together,” Carll explains. “I never thought about what they had in common or how they’ve built on one another. When Darrell and I started talking and trading files, I had to step back and learn something about how all this happened. Not just the songs, but the life. And in what’s easily the funkiest time any of us have ever faced, some of the songs have taken on new shapes and other meanings.” 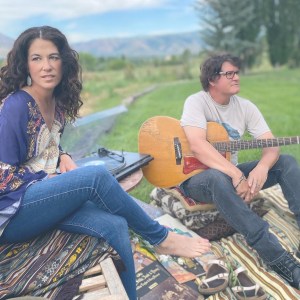 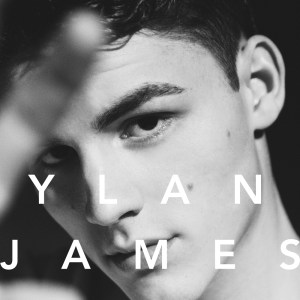