Sisters Aly and AJ Michalka have found their sound. The two prolific artists and entertainers, both in their early thirties, have been making music and performing on stage and screen for almost two decades. Now, though, they are entering a new phase, a different chapter. It’s a heartening evolution, the sisters explain. One that’s taken a great deal of work, much time to reflect, and faith both in themselves and in each other so they could, above all else, go through with it head-on. It takes guts and heart to grow. Aly and AJ know this well.

The two have found their groove, figuratively and literally, and there is no looking back. In 2021, the duo released their acclaimed LP, A Touch of the Beat Gets You Up on Your Feet Gets You Out and Then Into the Sun. In February, they released the deluxe edition with four new songs. And the sisters are currently hard at work on an entirely new record off the heels of that success. But how did all this start? As all good things do, with a karaoke machine.

“It was more of a mini-PA system with a microphone hooked up,” AJ clarifies. “We’re actually not big karaoke people, but having a live mic in our playroom [as kids] gave Aly and I the freedom to explore our vocals.”

Music came into their lives early on. Their mom played a lot of music when she was pregnant with each of them (the two sisters are about two years apart). And it was always in the house when they were infants. Their mother sang in wedding bands and church bands in the ’80s and she had the forethought to put the karaoke-like speaker and microphone in the sisters’ playroom as kids. That little machine ensured that Aly and AJ would become conscious of how their voices could blend from near infancy. Before they could likely spell the word, they were working on harmonies. Confidence was born and grew right along with them. Then, when the family got a new guitar, their songwriting began.

“Our first instrument we started taking lessons on was piano,” Aly says. “But we didn’t start songwriting with that instrument. The guitar opened us up to songwriting.”

The sisters could take their guitar wherever they wanted. Growing up in Southern California, there were trips to the beach, family vacations, and the sisters could just take their six-string in the car and go off. Their mother approved. They began investing in the art form, too—listening to groups like Led Zeppelin, Heart, The Beach Boys, and The Beatles. They began taking vocal lessons. But perhaps more than any specific band, the sisters, who say they sometimes feel like twins, were greatly influenced by the region in which they grew up. As the kids of today might say, “It’s a vibe.”

“I think it definitely influenced who we are as people,” Aly says, “and greatly influenced our taste in music, our personal style, and how we dress.”

The two would play CDs they got for birthdays or holidays on a shared boombox—another then-sacred piece of equipment. They would take in the bands of the region, of which there are many. But the greater Los Angeles area is more than just the people and the creative work it produces. There’s natural beauty everywhere: mountains, trees, sunshine, and summer breezes galore. In this way, Southern California can feel like a lifestyle as much as a locale.

“California, in general, has birthed so much great music,” Aly says. “I look back and I realize the sounds of California have definitely infiltrated our music whether we’re trying to or not.”

In terms of their careers, both Aly and AJ have been working for some time, both on music and acting. They’ve worked for Disney, doing movies and television shows. And Aly has been in films like Easy A and Grown Ups 2, while AJ has been in Secretariat and on TV shows such as The Goldbergs. In short, their resumes are long. As a musical duo, the two released their debut LP, Into the Rush, in 2005. The follow-up, Acoustic Hearts of Winter, came in 2006, and then Insomniatic in 2007. All were on Hollywood Records, the label they’d signed to together as teenagers. In 2009, however, the sisters then changed their name from Aly & AJ to 78violet. A lot of material was slated but little materialized for public consumption (on iTunes, for example, only one song, “Belong Here,” is listed). It’s always darkest before the dawn.

“I think it’s been an incredibly unique career,” AJ says. “I think we found our footing once we left 78violet. Now we’re beginning this current career chapter two. I feel like it started with Ten Years [the sisters’ 2017 EP, released 10 years after Insomniatic].”

Heading into the 2010s, the sisters were burnt out. They’d been working constantly. They didn’t have much time in between sessions to think about who they were as they were growing up from enthusiastic talented teens. One needs moments of reflection to go forward. So, the sisters took theirs. But ever since 2017, they’ve been back with vigor. Today, they’re thankful for the time they took off, thankful they didn’t make the wrong music under the wrong pressures or pretenses. Now, the duo has hit their stride with their 2021 LP and beyond.

“We set out to make a record that we never ever made before,” Aly says of the album.

To begin with, the sisters did something they hadn’t done on prior work. They set out to cut the tracks with a band, as a unit. For past albums, musicians would come in and lay down parts. This can be efficient but can lose a soulful sense of camaraderie. Aly and AJ recorded the record during the 2020 lockdown at Sunset Sound Recorders in Los Angeles. That “touch and go” process included significant testing. And thankfully no one got sick. The result was a record the sisters are immensely proud of. It led them in the right direction, to the sound and feelings they wanted to express. It’s honest.

To produce it, Aly and AJ said they looked to bands like The National, My Morning Jacket, and The War On Drugs for inspiration. While these aren’t necessarily the bands they sound like, they do offer the same sort of oomph and mood. Standout tracks on the duo’s 2021 LP include the delightfully hypnotic “Break Yourself,” the ethereal and hopeful “Paradise” and the California Soul “Hold Out.” The songs are poignant, but it also feels as if you could float atop them. It’s easy to imagine a social media video popping up a few years from now going viral with someone sipping cranberry juice, riding a skateboard down a highway to an Aly & AJ song.

With the duo’s deluxe edition, they’ve put four more excellent tracks into the mix, including the stunning “Dead on the Beach,” which sounds, with its haunting whistles, like a tune from some classic Western. And for all their hard work, success has certainly come the sisters’ way. But more than any accolades, for Aly and AJ, what’s special is the validation and acknowledgment from their peers, the folks they look up to, and respect.

“I’m not going to lie,” Aly says. “It feels great. It’s nice to be validated. But for us, it’s more about somebody saying, ‘Hey, you’re on the right path and you’re doing good and we see you.’”

In that way, the sisters say, their past successes are at least somewhat out of sight, out of mind. There isn’t much point in reliving them, not when there is so much more to do and do authentically. It’s almost like they have a new career now. As such, their “big wins feel really huge.” It’s exciting. No people are looking over their shoulders, questioning a lyric, or editing an idea. Instead, they have taken the wheel, the reins, and the rudder.

“We are in the driver’s seat,” Aly says.

These days, Aly and AJ are focused on the task at hand: music. While the two say they still consider themselves actors and look forward to the chance to show it again, their schedules are full of writing, recording, touring, and everything else that comes with high-profile back-to-back-to-back album cycles. Of course, time away only seems to improve the sisters’ abilities. So, no rush. In the meantime, they say they think they have something “special” on their hands with their next collection of original songs. And while the pandemic has had few silver linings, one of them has been the chance for them to dive deeply into music, both the celebration of their 2021 LP and the showcasing of their refined sound.

“I think the thing I find to be so powerful about music,” Aly says, “is that it makes you feel things that you can’t articulate—it covers every single human emotion.” 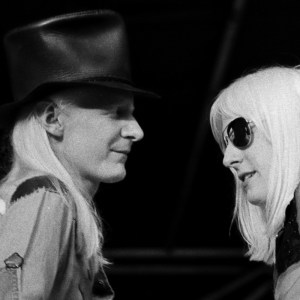 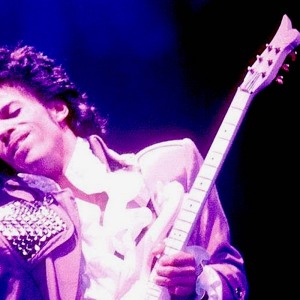