Back in 1954, when producer Sam Phillips released his newest Sun Records discovery, a young boy from Tupelo, Mississippi with the unlikely name of Elvis Presley, singing a raw, charged and tremendously soulful version of Bill Monroe’s classic “Blue Moon Of Kentucky,” he assumed Monroe would be offended. He was wrong. Not only did Monroe love the new energy Elvis injected into his song, he soon recorded his own version based on Elvis’ hit record. The original was a slow, waltz-time ballad. Elvis, with Scotty Moore on electric guitar, Bill Black on upright bass and Sam at the helm, transformed it into a 4/4 rave-up, and Monroe proudly followed suit.

Though Monroe was only 43 at the time of the Elvis record, he was already considered an elder statesman of Country Music, the “Father of Bluegrass.” But unlike many of his fellow Nashville patriarchs, he welcomed this new kind of music – which morphed country with R&B to make rockabilly, and ultimately rock and roll. Like the greatest songwriters, Monroe understood that no song is written in stone, and that every rendition of a song – even those which rock and roll – are valid. He was among the first country songwriters to pour the details of his real life directly into his songs, a path on which so many have since followed, from Hank Williams to Loretta Lynn to Townes Van Zandt and beyond. And his songs cut a wide swath through rock and roll, inspiring autobiographical songs that rock from Chuck Berry to Lennon to Dylan and beyond.

Born September 13, 1911 on his family’s farm outside of Rousine, Kentucky, he was the youngest of eight kids. Cross-eyed and often the object of derision by school-mates, he faced challenges early on most kids never do, even before the double tragedy of losing his mother at 10 and his father a few years later. It was a profusion of sorrow too vast for any one kid to contain, so he poured it directly into his music.

“Bluegrass is often known as the high lonesome sound,” wrote Monroe’s biographer Richard Smith. “This childhood pain came out in his music.”

With his parents gone and his siblings drifting in different directions, he was raised mostly by his disabled uncle Pendleton Vandiver, his “Uncle Pen.” As a kid Monroe would spend endless hours accompanying Uncle Pen’s fiddle on his mandolin and at dances, inspiring one of his first and most famous songs, “Uncle Pen,” which he recorded in 1950. Smith credited Uncle Pen as the source of Monroe’s preternatual connection with traditional music, providing Monroe with “a repertoire of tunes that sank into Bill’s aurally trained memory and a sense of rhythm that seeped into his bones.” Bill and Pen even performed some of the first segregated music ever heard when they teamed up with black guitarist Arnold Schultz to play marathon all-nighters. “I tell you, me and him played for a dance one night,” Monroe once said. “We started at sundown, and the next morning at daylight, we was still playing music. That is really the truth.”

From that foundation, he went on to compose more than 200 songs and instrumentals, including many which became hits. In addition to “Blue Moon Of Kentucky,” he wrote “Kentucky Waltz,” “Wicked Path Of Sin,” “Little Community Church,” “Toy Heart,” “Bluegrass Breakdown,” “Raw Hide” and “Scotland.” And in 1984, Ricky Skaggs had a #1 hit with “Uncle Pen.”

His songs resound because they were true; based, like those of two iconic songwriters who rose in his wake, Hank Williams and Woody Guthrie, on the true facts of life. The genuine sorrow of losing both parents as a kid was so evasive that he brought his band, according to Del McCoury, to the graves of his parents so they’d understand the depth of his grief.

In was in the 1960s that the folk music magazine Sing Out! first called him the Father of Bluegrass, a distinction which has endured precisely because it’s accurate. Monroe’s passion for blending the sounds of other cultures into his music predated by decades the world music explorations of artists like Paul Simon and Peter Gabriel. Monroe spoke of bringing “ancient tones” into his music with echoes of British and Irish fiddle and bagpipe music, while also delving deeply into American blues, gospel, folk hymnody, and hill country dance music. To that gumbo, he added the invigorating rhythms and harmonies of hot jazz. It was a new kind of American music, named in honor of his band The Blue Grass Boys to be known, simply, as bluegrass.

He understood that the music that the public likes is never static, and that musicians need to ride that tide, always evolving and expanding their scope. He rode it for more than 80 years. And when he was too old to play, he died, as friends knew he would. It was just four days prior to his 85th birthday in September of 1996. He played his last song and was gone. “We all knew that if he ever got to the point that he couldn’t perform,” said his friend Emmylou Harris, “that he wasn’t going to make it. Music was his life.”

Bluegrass, like other American musical genres, developed organically, based on the abilities and ideas of the musicians in his band. From the late 1930s on, it shifted from an improvisational, syncopated style that evoked ragtime and old black string bands toward a kind of Western swing, usually with fiddle in the middle on melody, lots of high-pitched rapid solos and muscular and fast rhythmic beds for vocal passages.

It was when the great Earl Scruggs joined the band in 1945 that Monroe realized the classic bluegrass quintet which set the ideal for years to come. Like one of Miles Davis’ all-star bands, Monroe had Lester Flatt (rhythm guitar), Earl Scruggs (banjo), Howard Watts (also known as Cedric Rainwater) on upright bass, and Chubby Wise in the center of it all on soaring fiddle.

Many of his musicians went off to start formidable careers of their own, such as the duo of Flatt & Scruggs, who met in the band. Like Miles and also Zappa in his time, he’d replace strength with strength, forever finding an unparalleled ensemble of musicians, each building on what came before and expanding the sound while establishing their careers by doing so, including, in addition to Flatt & Scruggs: Clyde Moody, Chubby Wise, Vassar Clements, Mac Wiseman, Jimmy Martin, Carter Stanley, Del McCoury, Bill Keith, Peter Rowan, Richard Greene, Byron Berline, and Roland White.

Monroe’s influence continues to resound through the worlds of country and bluegrass. “Bill Monroe is what made me want to play bluegrass,” said Doyle Lawson, one of countless musicians who credit Monroe with sparking their careers. A soft-spoken and humble man himself, when asked once how he felt about starting an entire genre of music, Bill Monroe answered simply, “I wanted a style of my own and that’s what I finally came up with.” 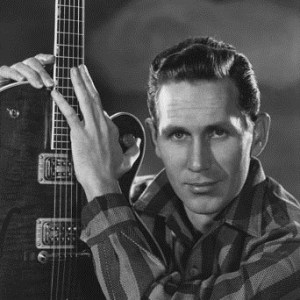 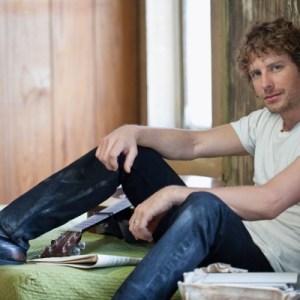