“What if I don’t have anything to say?” she asked, when consenting after many years to an interview. I promised her that wouldn’t happen, but she was genuinely worried, as Laura Nyro hadn’t spoken to the press—or really participated in the machinery of the music industry—for more than a decade. Burned like many of our greatest artists by a business that often relegates even icons to the recycling bin, she was reticent to enter into any talk that might include, “Where have you been all these years?”

But as she’d long been an American treasure, one of the most soulful and singular singer-songwriters ever, the focus was on her songs, on the beauty of the melodies, the unchained individuality of the structures, the sumptuous chord changes, her singular shorthand of the soul lyrics. She didn’t have any reason to worry.

We spoke for three hours straight, after which she said, “This has been great. Can we do it again tomorrow?” And we did.

She wrote a multitude of miracle songs during her short lifetime. “And When I Die,” “Wedding Bell Blues,” “Stoned Soul Picnic,” “Save the Country,” “Stoney End,” “Blowing Away,” “Upstairs by a Chinese Lamp,” “Eli’s Coming” and so many more, all poured out of her heart like honey.

Though she died at only 49, she got a lot done first. And she started with greatness. Except for the exceptional John Prine, who wrote many of his masterpieces before his first album, most songtwriters spend years in the trenches before writing something great.

Yet her very first song—written when she was only 17 was not onlyt great in terms of the sophistication of the  craft. It also had a lyric which contained some real wisdom. Which also usually takes people many  years to acquire.

From “And When I Die”
By Laura Nyro

And from then on, she composed a succession of masterpieces. Though she was a white Jewish girl, her songs were so soulful and full of genuine joy that many of them became hits as recorded by black artists and groups, including The Fifth Dimension, who recorded five of her songs, all of which were hits: “Blowing Away”, “Wedding Bell Blues”, “Stoned Soul Picnic”, “Sweet Blindness”, and “Save the Country.”

But her music was also embraced by artists in every genre, from Peter, Paul & Mary and Blood, Sweat & Tears (both cut “And When I Die”), to Barbra Streisand (“Save the Country”) and Three Dog Night (“Eli’s Coming”). Her music profoundly shaped the sound and spirit of the 1960s. Later came other great covers, especially Phoebe Snow’s “Time and Love,” which is timelessly funky.

To Laura lovers, who are fanatic in their devotion, all the covers are meaningless. To them, it was Laura’s own recordings, some of the most intimately soulful records ever made, such as New York Tendaberry, from which blue soulscapes the path was paved for subsequent masterpieces of the heart by Joni Mitchell, Rickie Lee Jones and others.

Born Laura Nigro in the Bronx on October 18, 1947, she was surrounded by art and jazz as a kid, and said she was “already deep inside the music” when she was a teenager, absorbing the compositional brilliance of Miles Davis and John Coltrane. Unlike most musicians, who are introduced to music by learning its limitations, her first lesson was that music had no limits, and this understanding forever shaped her art.

“I’m not interested in conventional limitations,” she said. “As an artist, I can do anything, say anything. It’s about self-expression. It knows no package.” As she memorably wrote in “And When I Die,” “Give me my freedom… All I ask of living is to have no chains on me.”

A year after writing her first songs, she was onstage at the Hungry I in San Francisco performing them when Clive Davis heard her, asked her to audition for Columbia (which she did in his hotel room with all the lights out except a TV), and won him over.

He signed her and she made her mark, recording a series of landmark albums, and having her songs covered by almost every great vocalist of the time, from the aforementioned to Aretha Franklin, Cass Elliot, Frank Sinatra, Carmen McRae, Chet Atkins and many others.

Unlike many songwriters who complain that the process of songwriting is torturous, she loved it.

“All I know,” she said, “is when I start getting serious about songwriting… it’s like a playground. All responsibilities slip away and you’re with your essence. There can be delight there and self-discovery. You can dance there… I think of it as my serious playground.”

She’s famous for writing songs of vast extremes, from deepest melancholy to the pure exultant joy. Like Carole King and Joni Mitchell, she knew all the rules about songwriting and why to break them.

But the rules dictated by the industry were never easy to abide, and like most artists, she felt lost within the corporate structure of the music biz.

“If you have a vision of peace,” she said, “it’s strange to live in a world of war. If you’re a woman who honors her roots, it’s strange to be in a male-dominated business.”

Asked how she managed to transcend these incongruities, she said  by connecting with the delight of music.

“You get beyond the suffering. And you focus on the sweetness of your vision.”

She said singing—whether her own songs or songs she loved—connected her with the source.

“There’s a certain feeling when I go out to sing that happens with everyone. It’s a healing thing. Some of the old songs remind us of the sweet, innocent kid inside us. You’re dealing with the language of love.”

Upstairs By A Chinese Lamp
By Laura Nyro

Market in the cool white mornin’
Merchants sell while women buy
Milk, tobacco, soap and matches
Sweep the floor
While the dishes dry
Spring whispered in her ear
Like soft Mediterranean wailin’
Sleepy woman by the window
Dreamin’ in the morning air
Of the one who takes her sweetness
By a chinese lamp upstairs

The steam of china tea
You could hear the woman sing
In the soft flames of spring
Spring has swept the scarlet side streets
Winds caress, undress, invite
Upstairs by a china lamp
They softly talk in the cool spring night 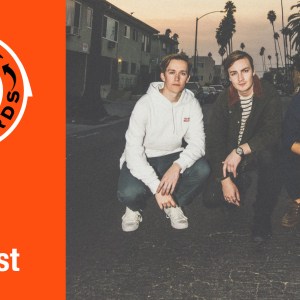 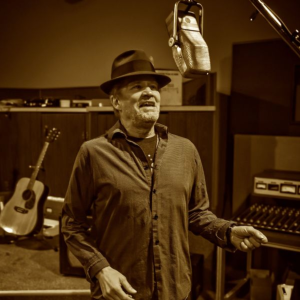