After he became a cultural icon, he started to become dismissed as a musician. The critics were quick to dismiss him, and much of the public followed. But even before he was a movie star, as he became, critics savaged him constantly, even during the years of his greatest success. For being lightweight.

He died on October 12, 1997, when he crashed his plane onto the beach at Monterey, California.

But the fact remains that he was a singularly serious songwriter who wrote albums of beautiful songs long before he became a star. There are the giant hits he wrote or co-wrote, such as “Leaving On A Jet Plane,” first made famous by Peter, Paul & Mary, as well as “Rocky Mountain High,” “Sunshine On My Shoulders,” “Take Me Home, Country Roads,” and “Annie’s Song.”

There were also scores of strong songs like “This Old Guitar” that were not hits, but were wonderful. He was one of nature’s best musical champions, lyrically celebrating the organic beauty of his favorite place on earth: Colorado.

He chose the name Denver for the beauty it contains. His real name was less melodious: Henry John Deutschendorf. Born on the last day of 1943 in Roswell, New Mexico, he grew up all over the map, from Arizona to Alabama, the son of Lt. Col. Henry Deutschendorf, Sr., who showed much more love for flying (he set three speed records in the B-58 bomber) than for his son, to whom he rarely expressed affection. John felt the outsider no matter where they landed.

At 11, his grandmother gave him a guitar, and he learned how to sing and play. During college studies in Lubbock, Texas, he joined the first of many singing groups, the Alpine Trio, which led him to join the Chad Mitchell Trio. But he’d started writing songs and wanted a solo career.

He recorded sixteen songs at his own expense and had them pressed into 250 vinyl albums for friends and family. It included one of his first songs, “Babe I Hate To Go, ” later retitled “Leaving On A Jet Plane.” The producer Milt Okun brought it to Peter, Paul & Mary, who recorded it with Okun as producer. It went to Number One on the charts and changed Denver’s life.

RCA signed him, and with Okun as producer he created his 1969 debut Rhymes & Reasons. In 1971 came his breakthrough Poems, Prayers, And Promises, with his own first hit, “Take Me Home, Country Roads.”

The remarkable “Rocky Mountain High” came out in 1972. It offered an alternative to the inner drug journeys so celebrated in recent pop songs: the transcendent beauty of nature. His Thoreau-like exaltation of the natural world easily linked it to the divine: “I’ve seen it rainin’ fire in the sky/Talk to God and listen to the casual reply/Rocky mountain high…”

Because of the word ‘high,’ the song was banned by several radio stations who insisted it promoted drug abuse. Denver’s defense of the song, offered in his 1985 testimony before congress, speaks volumes about the genuine source of his music.

“This was obviously done by people who had never seen or been to the Rocky Mountains,” he said, “and also had never experienced the elation, celebration of life, or the joy in living that one feels when he observes something as wondrous as the Perseid meteor shower on a moonless, cloudless night.”

Yet the critics continued to disparage him throughout his career, calling the lyrics cliché and the music bland. This chasm between mass adulation and critical contempt caused him to rarely give interviews, and when he did, to get defensive about what he knew was a meaningful legacy.

“All right, I’m not Bob Dylan,” he said to Rolling Stone. “I don’t write songs like that. But I think 25 years from now people will be singing my songs even if they don’t remember who wrote them. Can you remember that Duke Ellington wrote ‘Mood Indigo’?”

Like any great songwriter, Denver balanced inspiration with craft. He said “Annie’s Song” came to him in mere minutes on a ski-lift, after “a very difficult run.” But Okun recalled that Denver had to reinvent its melody since he pointed out it was identical to Tchaikovsky’s Fifth Symphony, Second Movement.

“[John] walked over to the piano,” said Okun, “sat for an hour and came back, and the only thing remaining from Tchaikovsky was the first five notes. It was fantastic.”

More than anything, he told Playboy in 1977, his work was life-affirming.

“I’m aware that I have this underlying purpose of wanting people to know, in the midst of this incredibly insane world, with all of the terrors and problems, that life is worth living,” he said. “I love life! I love everything about it. And there comes a point, when I’m incredibly angry or sad, that I experience that emotion so strongly it gets to be a celebration.

“It’s life, you see? … I get to a certain low point and what I really experience is, God, I’m alive! How wonderful to feel this way! How wonderful it is to care so much that your heart is breaking! I’m aware that throughout all of this pain, what permeates me is this sense of love and of life. And that’s what I want to give and share with people. Anybody I see or talk to, I’d really like him to feel better afterward.”

Photo by Martin Klausen on Unsplash 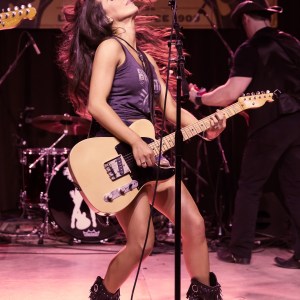 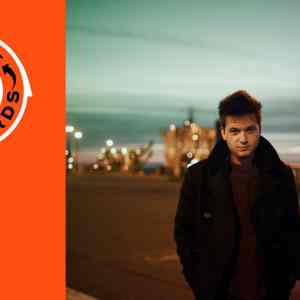