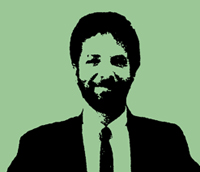 He’s written the words to many of America’s most cherished standards, starting with the classic “Stardust,” with music by Hoagy Carmichael, a song which he said he knew “in his gut” was important. Other standards to which he concocted the lyrics include “Deep Purple,” “Sophisticated Lady,” “Stars Fell on Alabama,” “Sleigh Ride,” “Moonlight Serenade” and “Volare.”

He was born in Lithuania in 1900, and came to America with his family in 1901 on the S.S. Dresden when he was just a baby. The family went first to Louisiana, but quickly surmised New York City was a more hospitable home for a Jewish family. His given name was Michael Hyman Pashelinsky.

As a kid, he fell in love with books, and was writing poetry and short stories by 11. A decent pianist, like George Gershwin, at 18, he got a job as a songplugger—traveling around performing hit songs at music stores in order to sell sheet music. It was, he has said, his “apprenticeship” as a songwriter, in that he learned from the inside out the structure and mechanics of hit songs.

He was a lover of recorded music even before the record industry was in its infancy. “I’d go to the penny arcades,” he remembered in a 1992 interview, “and they had all these machines lined up—with Edison cylinders. You dropped a penny in the slot and the cylinder would play a song.” Above the cylinders were the song’s title and its writers, so Parish quickly grew wise to who was authoring hit songs. “Alexander’s Ragtime Band,” which was one of that era’s biggest hits, was, he noticed, written by Irving Berlin. Prior to then he had considered becoming a writer of novelty songs—jokey, punch-line ditties for vaudeville. But seeing Berlin’s name there, as well as the names of other successful songwriters, set him on the songwriting path from which he never veered.

He teamed up with scores of composers, all who needed someone to write a lyric first—to which they would then compose a melody—or to match lyrics to an existing tune. “Stardust” emerged by this latter method. Hoagy Carmichael, who usually wrote his own words as well as music, had composed an extended melody that was beautiful, but which was a challenge for him to write words for. Parish heard it and was unimpressed. “I didn’t like it,” he said with a sly smile. “When I heard it, it was a swing tune, but I didn’t write it that way. It sounded just like another swing tune. It was nothing like the way it is now, which is sweet, mellow and romantic.” Victor Young did an orchestral arrangement of the song as a ballad, as opposed to a rhythmic swing melody, and Parish heard it then as if he’d heard it for the first time. “It was altogether a different mood, a different feeling. Really beautiful. And it became what it became.” Asked if he knew how important this one song would be, he said he did have a gut feeling that this was a momentous one. But had no idea it would become a standard. “You don’t sit down and write a standard,” he explained. “A standard evolves.” With Hoagy, Parish wrote two other songs which, though never as famous as “Stardust,” also became standards—“Riverboat Shuffle” and “One Morning In May.”

Parish understood that a great lyric often emerged over time, and cannot be forced or contrived. “If I had to labor over a lyric too long,” he said, “if it became an arduous task where I sweated and toiled and struggled, I would drop it. And not because I shunned arduous work, but because I felt it wouldn’t be fair to the composer. The lyric would show its toil and sweat and that wouldn’t be good for the song. The sturm und drang would be evident.”

Known for his famous titles, he was asked if he thought of the title first before writing a lyric. “In general,” he said, “most songs are written in that manner. Usually, the lyricist would think of the title. And if he had a good, catchy title, half of the song was written. Let’s say I got ‘Stars Fell on Alabama.’ I got that title and went in the arranging room, and there was Frank Perkins, the arranger. I told him the title. Told him to fool around with it, see what he comes up with. A few days later, he came in with the melody. Well, the song was already half-written! And that happened often like that—I would give a title to a composer, he would compose the melody, and then I’d write the rest of the lyric to his melody.”

As for advice to today’s songwriters, he decried the lack of quality in most modern pop songs, saying “If Irving Berlin were around today, he’d go unpublished,” and then said, “The advice I’d give is to keep in mind this isn’t easy. Songwriting is a tough struggle. It wouldn’t be easy for me if I was writing today. But I say if you enjoy writing song, then keep doing it. That alone should be reason enough to continue. Remember, you never know when a hit song is going to come along!” 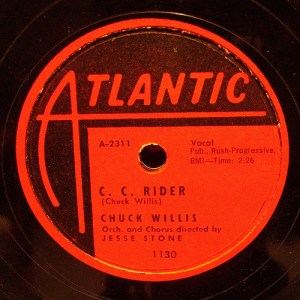