Somewhere in most descriptions of singer/songwriter Jim White is the adjective “quirky.” And through eight previous albums starting with 1997’s Wrong-Eyed Jesus! debut, he has more than earned it.

Attempting to describe White’s undefinable, idiosyncratic and well, quirky, music is like trying to make sense of a night of particularly weird dreams. With songs such as “God Was Drunk When He Made Me,” “10 Miles to Go on a 9 Mile Road,” “Phone Booth in Heaven,” not to mention the weirdest version of Roger Miller’s classic “King of the Road” ever recorded, there is no shortage of peculiar material on White’s previous releases. His wonderfully twisted mind combines dry humor with folk, rockabilly, country, gospel, blues and even some off-kilter pop to reflect the sensibilities of an artist way to the left of most others.

While that hasn’t brought him a large cult audience that other unconventional singer/songwriters like Tom Waits have acquired, White thankfully keeps trying, refusing to go commercial, something he probably has no idea how to do even if he tried.

As the title of this disc implies, little has changed.

Recorded, interestingly, in Antwerp, Belgium with his longtime drummer and some talented local musicians, Misfit’s Jubilee is slightly less out-there and experimental, at least musically, than White has been. But as tracks like “Highway of Lost Hats” and “My Life’s a Stolen Picture” indicate, he’s still conceptually pushing boundaries into areas few others tread. Things rock out like the Rolling Stones on the bluesy “Where Would I Be” as he sings “Where would I be if I was not myself?/What would I be doing right now?/Would I be an old man saying my prayers/or a nun dreaming of some football players?” It’s typical Jim White, but this time with a hooky chorus.

On the pop/jazz “Wonders Never Cease,” White spins a story that will take some concentration to untangle. A jazz trumpet enlivens the words “We’re holding a funeral for our fears/tap dancing on the grave of dead religion/Pooh-pooh the company of so called saints/to run wild in the fields of redemption.”  And that’s just the closing verse.

Unfortunately, lyrics aren’t included in the package, even though White enunciates them clearly over often lovely melodies, many at odds with the sheer peculiarity of his concepts. Still, there is no questioning his verbiage in the closing “Divided States of America” (“Our core of decency gone/ See how the neighbors now look kinda wrong?).

Jim White remains one of the great contemporary singer/songwriter eccentrics, working an unusual spin on Americana;a wonderfully warped combination of Captain Beefheart, the Drive-By Truckers, They Might Be Giants and The Handsome Family, wrapped in his own gauzy, somewhat oblique style. He might not be for everyone but you have to admire his tenacity and offbeat tendencies in an era where those instincts are increasingly hard to find. On the appropriately titled Misfit’s Jubilee, melodies are highlighted to a degree seldom found in his catalog.

“If life’s a hairpin turn on a lost highway/Let us surrender, close our eyes and pray,” says White who has delivered one of his most accessible albums, one that’s still as delightfully, deeply odd as he has always been. 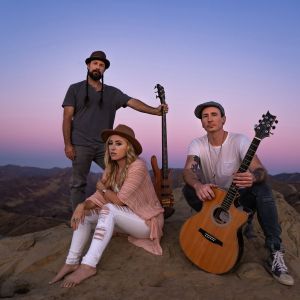 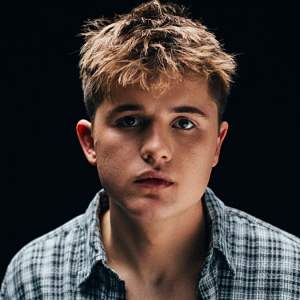