John-Robert has very few regrets about moving to Los Angeles. He traded Virginia’s “southern hospitality, the changing of seasons, and easy access to nature” (things he misses most about his home state) for bright lights and potential superstardom just last summer. A year later, he only really regrets not being “more outgoing and outspoken when I first moved here,” he says.

“It felt like I wasted some time, but I take comfort in knowing I did the best I could, and that the situation taught me a handful of lessons,” he tells American Songwriter. “It was a phase I needed to go through and led to some great art and beautiful situations. With this outlook, it’s hard to hold any regrets.”

Still, Edinburg, Virginia is always on his mind. “[You] don’t know what you have till it’s gone. The weather here is warm and unflinching. So it’s hard to feel like time is passing,” he reflects. “And the noise, concrete, and smog can make it difficult to switch off. However, there are more exciting situations and opportunities to hop on so, as with many things, it’s a trade off.”

He pours his emotional angst directly into his new song, the charmingly nostalgic “Healthy Baby Boy,” a solo write produced by mentor and pop pillar Ricky Reed (Meghan Trainor, Lizzo). “Ricky gifted me a Silvertone / Mom and dad are proud that I am out and all alone,” John-Robert sings with a whispery, magnetic tone. “Sadly I can’t tell them how I ache to, ache to come back home.”

Gone were the many comforts of home and an assortment of things he took sorely for granted 一 and he was left with only his thoughts to make peace with the move. “Living alone far from home made me reflect on my childhood, my relationships with those I love, and ponder if all of the isolation would be worth it,” he then offers.

Amidst overwhelming isolation, coupled with severe insomnia, he was introduced to the work of Florist (namely the song “Vacation”) and Sufjan Stevens’ 2015 record Carrie and Lowell, a turning point for his songwriting approach and identity. Feeling “intensely sad,” he remembers, “I noodled in an alternate tuning and stumbled upon a beautiful, somewhat somber, set of chords that inspired the writing for ‘Healthy Baby Boy.’”

The song, nearing 28,000 streams, melts John-Robert’s gentle vocals with guitar that seems to crackle and crunch beneath him. “The guitar performance and tone is the same take from the demo,” he explains. “However, the bridge was originally sounding more EMD with my original lead synth line from the demo. Ricky and Nate Mercereau elevated the production on it and made the drum rhythm hit more and replaced my parts with more organic sounds. That’s something Ricky is good at. Keeping the tune true to its original intent, while elevating what’s lacking in production.”

Reed and company have not only played a vital role in John-Robert’s work but on a deeply personal level. His ongoing struggle with depression remains “much more of a personal battle,” but discovering such “genuinely good people” eases “my stress a fair bit,” the musician says. “They are genuinely passionate about art, and I am beyond lucky to call on them for their talents.” 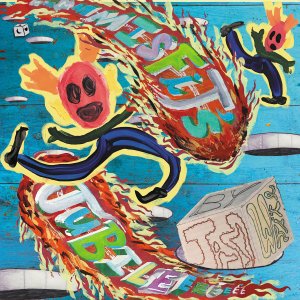 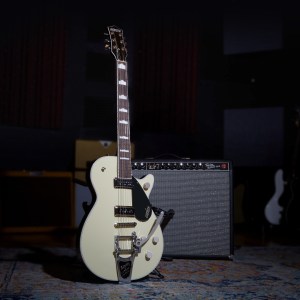