Calling from her New York City home, acclaimed singer-songwriter Suzanne Vega makes it clear that even these turbulent times can’t make her abandon her city. “Earlier this year during the pandemic, people fled New York,” she says. “A lot of people just got up and ran away. So my daughter asked me, ‘Are you going to go?’ I thought for a minute. But this is what I know. I know my neighborhood deli, I know where to get coffee. I know the area where I live and I know how to navigate it. it doesn’t mean I always love it, but I know it. So I stay here.

Vega’s loyalty to this place is unsurprising: Vega was born in Santa Monica, California, but her family moved to New York City when she was two years old, so her roots here go deep. She has often paid homage to the city in her songs, but her latest release, An Evening of New York Songs and Stories (released on September 11) makes her love for her hometown especially clear.

An Evening of New York Songs and Stories was recorded in 2018 during Vega’s two-week residency at The Carlyle Café, a legendary venue within the Carlyle Hotel in New York’s posh Upper East Side. “It’s one of those things you aspire to,” Vega says of performing at the Carlyle. “It’s fantastic. Playing there is very special.”

As for what inspired Vega to make New York City the focus for the set list, she says, “I thought the idea of having a themed set, as opposed to just a greatest hits collection, really seemed to work, especially in that atmosphere [of the Carlyle]” because, as she points out, the venue is inside a hotel, “That means it attracts tourists. And I saw it as, ‘You’re going to come to New York City and you want to see Suzanne Vega at the Carlyle, it would be a good idea to hear all the New York songs’ – you’d probably like that if you’re a tourist.”

Vega’s instincts were correct: “People came from all over. They came from Europe, California, Canada – just to see my show.” She was pleased to see that many New Yorkers came to the performances, as well.

Starting with her 1985 self-titled debut album, Vega has demonstrated that she can write a song that is specifically about this city, yet still make it resonate with people around the world. For example, one of her biggest hits, “Tom’s Diner” (from her second album, 1987’s Solitude Standing), tells a slice-of-life story that’s set in a restaurant that really does exist (it’s actually called “Tom’s Restaurant,” and it’s located in the city’s Morningside Heights neighborhood).

“Everyone lives in a place that’s local, and so you love your local places,” Vega says of why songs like “Tom’s Diner” can have such universal appeal. “A place like Tom’s Diner, for example. It’s not really a very special place. If you go there, you’ll see exactly what I mean. But every place has a place like Tom’s Diner. You’ve got a local joint where you walk down to the end of the block and you get a cup of coffee or you get some breakfast. So people can put in the details of their own lives there. They get the concept and they can apply it to their own lives.”

“Tom’s Diner” is, of course, on An Evening of New York Songs and Stories – as is “Luka,” another single that became a hit off her Solitude Standing album. That song’s lyrics, sung from the perspective of a city kid living in an abusive household, handles extremely difficult subject matter with empathy and sensitivity, and it remains one of Vega’s signature songs. ““Luka” took me two hours to write, but it took me months and months of thinking about it,” Vega says.

Taking on topics that others wouldn’t think to tackle is something that drew Vega to songwriting in the first place: “I felt that when I wrote a song, I had something to say that was different than what I heard other people say,” she says. “and that’s what kept me going.”

Vega’s songwriting process “has varied over the years – I think I’ve written a song in any way you can imagine writing a song,” she says. “I’ve collaborated, I’ve written songs by myself, I’ve written lyrics first, I’ve written the music first.”

When she first started writing songs, though, Vega says she did have a particular method: “I used to have a little formula when I was a teenager where I would start writing on a Saturday night about whatever was in my mind and then take it three quarters of the way, as far as I could get, and then sleep on it. And then wake up on Sunday morning and finish it. And usually, I would get some kind of odd notion in the night. That was a long time ago.

“That was a neat trick that I did for a while but over time, I just write when I have a deadline,” Vega continues. “Deadlines help. And then I just apply myself. I sit in a room, sometimes I go through my notebooks and pick and choose phrases that might become something and I just work and work on it until I get my group of songs done.”

While Vega has been open to a variety of songwriting approaches, she has found that there is one element that must remain constant: working on an acoustic guitar. “I’ve tried playing other instruments – piano, synthesizers, electric guitar – and I always go back to the acoustic guitar. In a way, my basic style is very simple. But I’m attracted to a wide variety of productions. That leaves me free to try almost any kind of production because I can make it work.”

With nine studio albums under her belt, Vega has clearly mastered the songwriting craft, and she is content with how her career has evolved. “From 1985 to 1990, those were probably my most successful years. but I didn’t start writing so that I would make pop hits,” she says. “I started writing so I could travel and sing and go on stage and tell my stories and do all that stuff that I’ve spent the last 40 years doing. So I see it as this long-term thing, and I do it because I love it.”

Now, with An Evening of New York Songs and Stories, Vega has created both a compelling career retrospective as well as a sonic love letter to the city that, no doubt, will continue to inspire her for many years to come.

Pre-save the album and access the advance singles HERE. 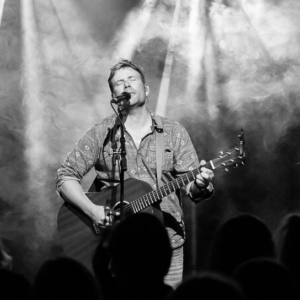 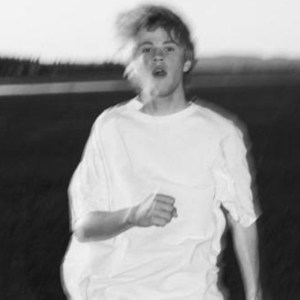