Angel Olsen
All Mirrors
(Jagjaguwar)
Rating: 4 out of 5 stars

It’s a tale of two albums.

Angel Olsen initially intended to release two versions of this music simultaneously: one solo and stripped down, the other with full band and orchestrations. But something happened on the way to that destination. As she was recording the raw version first, Olsen realized the power of fully enhancing these songs and, at least initially, abandoned the concept of the solo project.

So we now get the full version of All Mirrors, complete with lush, layered, overdubbed strings from an 11-piece section, synths, occasional brass and a full rock band. The effect is startling (and at times even overwhelming), but generally in a good way. That’s especially true for the opening “Lark,” the album’s longest and most thunderous track. Lyrics of “You say you love every single part /What about my dreams?/What about the heart?/Trouble from the start/Trouble with the heart” indicate much of this is going to be a breakup album. The strings build in vibrancy and intensity, shifting into near avant-garde discord; Olsen moans and tears into her vocals.

It’s a riveting beginning that immediately draws an artistic line in the sand. And even though the following 10 tracks lean in a similar direction, none quite kick in with the audacious power of that first tune. Some like “Summer” forgo the fully orchestrated route for a more intimate, but still bold, sound. Here, Olsen sings, “Took a while but I made it through/If I could show you the hell I’d been to,” above crisp, military-style percussion, near-operatic vocals and a sturdy beat.

Overall, it’s a mammoth undertaking. It’s also one that requires the listener to focus fully on the music and lyrics as Olsen opens her heart, sometimes to intensely personal matters. Songs don’t follow standard structure, either in composition or with the luxurious and sporadically excessive — some may say overwhelming — string arrangements, making this a difficult, challenging, if ultimately rewarding experience.

Olsen’s words occasionally get lost in the sheer sonic extravagance, requiring close attention to the lyric sheet to fully absorb the complexities inherent in her concepts. Some selections like the compact, just under three-minute “Too Easy” are more easily absorbed than the elaborate, over five-minute breakup song “End Game.” The latter begins with Olsen going chanteuse mode over spare backing, repeating “I needed more needed more than love from you/I needed more needed you to be with me” as the music gradually builds and recedes to and from a sumptuous, movie-style drama.

If some of this sounds like Lana Del Rey, well, there is a similar sense of torchy introspection to the approach. But where Del Rey’s music feels icier to the touch and more pop-oriented, Olsen sings from the heart, reflected in the melancholic, often soaring, even experimental backing that hits home more than it misses. It may take some time and uninterrupted concentration, but the expansive All Mirrors grows on you with repeated plays.

It’s worth the effort. 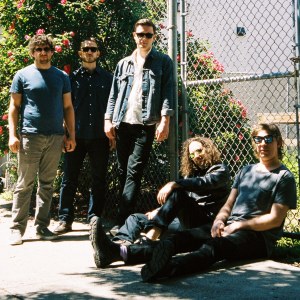 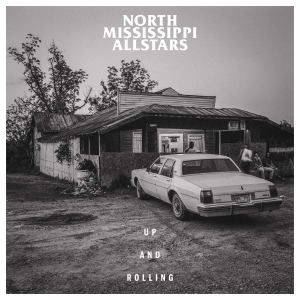