Even from his early days, David Portner, the de facto frontman for the acclaimed Baltimore-born experimental pop group Animal Collective, felt music was “like a different world.” It was something that presented a portal into something new, a dichotomous realm where he could absorb sounds solo, or with others around, engaging in the experience inwardly or outwardly. It has also provided Portner a way of life, a way to pay bills and a means to a massive creative output.

From the beginning, he was looking to participate in songs. He asked his parents for piano lessons at three years old. He also received records from older siblings that provided their own specific windows into new things. Today, these various pathways continue, both stretching and colliding in the artist’s orbit as well as in his own mind as he creates music that at times bounces and bashes, and at others smoothens and mollifies. Animal Collective, which released its latest LP, Time Skiffs, earlier this year, more recently released music for the score of a new film, The Inspection. But for Portner, each of these works marks another step forward in his constant artistic journey.

“It’s one of the most important things in my life,” Portner says of the art form, to which he’s dedicated decades. “It’s changed my life, guided my life.”

One of Portner’s brothers was a radio DJ. So, he was introduced to groups like KISS, Rush, and Styx. He says that music always affected him “somehow,” had an “effect” on him. Today, it still feels like this. Songs feel like things he could invest himself into. “It was pretty deep,” he says. But early on, performing music didn’t feel so comfortable. The piano lessons he took had recitals attached to them and, for these, he endured big stage freight. He carried this worry later into his career with Animal Collective during the group’s first shows. But with practice, like with the act of flying in airplanes for Portner, his anxiety subsided. In his teens, Portner appreciated myriad aspects of the art form, from playing the instruments to recording to the socializing that comes with collaboration.

“It just became something that I wanted to invest all my time in doing,” he says. “It became more important than homework.”

Music is about music. But it’s also about everything else. One takes inspiration from the world at large. One learns about their spirit, their mind by playing or producing songs. One is able to be around and, thus, watch others, too. All of these stood out to Portner. Seeing the subjectivity of an audience was especially interesting. The multifaceted experiences that the people had. Life for an artist can be like a firework exploding stretched out for days, months, and years. For Portner, who lived in Brooklyn as he got a bit older, enjoyed being in the mix, so to speak. Amidst a cross-section of visual artists, musicians, and everything else the Big Apple has to offer.

“That got the juices flowing,” he says.

As he became more entrenched in the vibes of the city, so too did he become closer with the members of Animal Collective, which formed formally in 1999. They lived together, worked day jobs together, and made music together. And slowly but surely the group gained attention. Grinding in the best of ways. “One step at a time,” Portner says. They would get a compliment from a distributor, a call back about a gig, and a chance to open for touring groups. Goals were met one by one. Their name grew. At the same time, the group’s music matured. They wrote songs, recorded, and became more comfortable improvising on stage. “Little ritualistic happenings” occurred. The band also started to tour, which has its ups and downs on the body, mind, and soul. But all in all, Portner says, things were possible. As a few years passed, new opportunities arose while at the same time some band members had to take stints off for personal reasons (like school). Yet, the train kept going forward.

“At a certain point,” Portner says, “it just became about accepting the changes that were going to befall us and rolling with it. There was definitely planning involved and goals and sounds that we head in our heads that we wanted to get out there along the way.”

Animal Collective put out its first LP, Spirit They’re Gone, Spirit They’ve Vanished, in 2000. Another, Danse Manatee, dropped in 2001. Two more in 2003, one in 2004, and six more since, making a total of 11. As the band released records and continued to tour, they increasingly made a name for themselves with fans. Songs like “My Girls” and “Summertime Clothes” were hits (each has millions of YouTube streams today) and they helped lead to late-night show performances. The band moved back and forth between more experimental songs that include a type of electronic melodic-yet-droning round, to acoustic songs to stuff in between that felt like a pleasant-yet-jagged pop sound. In other words, there was great range. Each another step, as if the band and Portner were mapping out a great sonic landscape. Even today, with a new album just out and new soundtrack work in the can, the band has more it can drop, another album.

“It just seems like we’re always one step ahead of ourselves,” Portner says.

As for the recent soundtrack work, Portner says the effort is evidence of the group’s desire to have “other outlets” and to be able to do “other things.” A band can give a different piece of itself to a different project outside of the more familiar studio LP. And the new offering comes in line of many different styles of output, from recording live music at the Guggenheim and releasing that to creating a soundtrack for a friend’s coral conservation art piece. The director of the new film, The Inspection, Portner says, has been a fan of Animal Collective for a while, so the pieces just lined up. The result is a slinky, melodic set of songs (see: “The Crucible” above). And, the frontman says, the band remains “open to going further” with similar work. They’ll just have to see what happens. In the end, though, the opportunities come from each musician’s deep love of music. Not just playing it, but taking it in, in real-time. Portner as much as any. 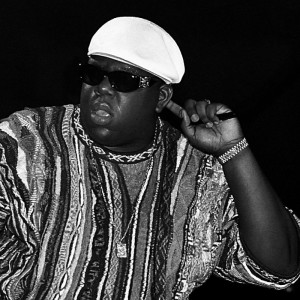 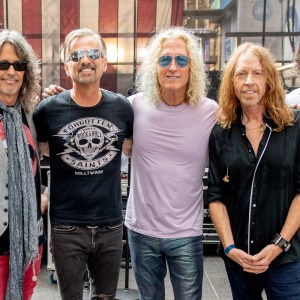