The recent wave of renewed protests over America’s racial disparity leaves no area immune, but recent activity in Nashville were particularly noteworthy given the city’s reputation as a musical community.

While Animal Years has been active since the beginning of the Black Lives Matter movement in the wake of the George Floyd murder, itt was no surprise then that when organized activity reached a peak last week over the removal of a bust of Confederate general, Nathan Bedford Forrest – who was also an organizer of the Ku Klux Klan. Additional residents and musicians joined and elevated the exposure of the protests as well.

The effort was the culmination of a movement that began in 2015, when activists rallied around the notion that Bedford’s likeness equated to glorification of the KKK. Many of the protestors have spent nearly a month at the site outside the state capitol, facing arrest, the authorities’ intolerance and frequent confrontations with the local police, whom the protestors accused of using excessive force. The situation came to a head with a mass arrest on Saturday, July 4 with a subsequent incident Tuesday, July 7, where police officers made arrests and took people to the country jail where, the protestors claimed, there were deplorable conditions, particularly as far as the pandemic was concerned.

It’s alleged that temperatures were taken with the same thermometer with disposable plastic covers replaced between uses which was then tossed onto the side of a trashcan.

Among the individuals subsequently arrested were two members of the trio Animal Years, a band that’s never hesitated to express a determined urgency in their songs. Vocalist/guitarist Mike McFadden was arrested on both July dates while bassist Anthony Saladino was also incarcerated on June 28 as well as July 4. They spoke with American Songwriter and shared the reasons why they felt obligated to participate in the protests.

“We’re three white heterosexual able-bodied dudes,” Saladino says. “We’ve hit the privilege jackpot. And I don’t say that in a way to trivialize it, because it’s not funny or cute, it’s actually really sad. The fact that we can be born on third base without even doing anything is wrong on so many levels. A lot of white folks like to make the argument that, ‘Well we didn’t create slavery, and my grandparents didn’t own slaves,’ but we benefit from systems of white supremacy every day. Not only that, we’re complicit in it. And that doesn’t mean that your life isn’t without hardship. I think white people have a hard time understanding that. You can benefit from white supremacy and still have difficulties. So it’s on white people to actively work to undo this stuff. We’re lucky that we have a little bit of a platform to help get the message out, and so we have an even bigger responsibility in that regard because we have more ability to effect change. Our main goal is to use our platform to amplify the black voices leading the movement.”

“We’d been out here asking for a few things, but the two points that would cause us to go home are removing the bust of Nathan Bedford Forrest from the capitol or Governor Lee coming and speaking with us,” Saladino added. “That was it. He didn’t need to give into our larger demands to demilitarize and defund the police. Just have a conversation with us. Prove that you’re willing to at least hear us out. The fact that we’ve had over 100 arrests, had folks beaten and brutalized, demeaned, shackled in the heat without food or water, our food and medicine stolen, all because the governor wouldn’t talk to his people, was heartbreaking. He should have spoken with us on Day one. Instead, he proved our point for us. The amount of money that’s been spent on a 24/7 police presence at the capitol is shameful. That’s money that could really be making a difference in the community.”

Saladino then went on to describe their experience after they were arrested.

“It was horrifying,” he says. “We were detained for 13.5 hours. After seven hours of sitting on a bus hand-cuffed with only one glass of water, we were taken to the detention center, which had, the week before, had a massive outbreak of COVID. Some 182 inmates and 17 employees had active cases at the time. During the six hours we were there, there was not a single surface sanitized. Half of the employees weren’t wearing masks and neither were many of the inmates.”

Saladino picks up the narrative and talks about how the situation got even worse.

“About two hours into our stay, there was an inmate having a mental health episode in an isolation cell,” he continues. “The staff went in and sprayed an entire canister of bear mace in his cell, which caused it fill up the rest of the jail. It was absolutely terrifying. Being stuck, unable to go anywhere, as gas slowly filled our cell. Everyone had their masks off as they were coughing and spitting up. Half of the employees were throwing up into garbage cans. One of our fellow protesters who was locked in an isolation cell next to the cell that was gassed, began having an asthma attack and started screaming, pleading for help. Rather than offer her medical attention, she was handcuffed and shackled at her feet and dragged to a separate 3×3 foot isolation cell. She was given no water or anything to help treat her asthma. It’s no coincidence that she was one of the people of color in our group as they were targeting and singling out all of the black folks and people of color.

Not surprisingly, the entire incident had a devastating effect on the musicians.

“It’s been super intense,” Saladino said. “The state troopers have escalated their tactics and were resorting to psychological warfare. They’ll drive around the plaza late at night and run their sirens as they pass. Tuesday night they arrested about 50 people for standing on public property – the same grounds that we’d been on for 25 straight days without any issues. Being on the plaza is anxiety-inducing at all times because you literally never know if you’re about to be arrested and detained for 13 hours. And that’s if you’re lucky. Our sister Terry had her face slammed into the cement by them, giving her a concussion and causing half of her face to bruise up. It’s without a doubt the black and people of color who are mistreated the worst, so any fear or panic we felt pales in comparison to what they’re going through. There was an older black gentleman, Mr. Kingston, who’s on a lot of different medications for some serious medical issues, and he had his medicine stolen in one of the raids by the troopers. His legs and feet swelled up severely and we pleaded with them to just give his meds back, but they acted like they couldn’t find them. When our stuff was finally returned to us, his medicine was right on top.”

Even with the effects of the physical abuse they say they suffered, the two men mention another issue that troubles them.

“We’ve been incredibly disheartened by the lack of support in the music community,” Saladino admits. “We’ve reached out to so many artists that we admire here -– all of whom did their performative black square post on that Tuesday – and not a single person has responded, even the ones we can see have read our messages. The collective power of these musicians’ platforms is huge. If we had a small fraction of Nashville musicians supporting our movement at the capitol, this would have been over immediately. Hayley Williams deserves a shoutout for speaking out and calling out the Governor publicly and directly. But that’s it to our knowledge.”

“We understand that the pandemic is, more than ever, a very real thing and a lot of these folks have families and young kids and can’t risk coming into public by standing with us and holding a sign,” Saladino suggests. “But the least they can do is blast our petitions and stories out to their fans. Nashville’s music community owes everything to black music and artists. There isn’t a single white artist in town who doesn’t profit off of the violence that black people have, for hundreds of years, suffered. It’s that pain and anguish -– along with the joy and resiliency — that black folks for years have put into the music that has shaped popular culture that white artists have benefited from. Country, rock ’n’ roll, blues, pop –- it all comes from the same place. For these artists to ignore that so they can continue living in the safety and security that their privilege provides is a type of violence in its own way. Music City needs to step up.”

Still, the pair say they do take heart from the resilience that’s been shown over the past 28 days.

“There’s so much love in this community that continues to make us stronger,” Saladino reflects. “We get knocked down and we just keep coming back. We all started this thing with a common goal, but the way the governor and the troopers have treated us has turned us into a family. If you were to come by the plaza you’d see there’s a ton of laughter and dancing and singing.” Happily for those involved, they were able to share a victory of sorts on July 9 when the State Capitol Commission voted to request the removal of Forrest’s bust. However, at the time of this writing, the bust is still in place so the two musicians are participating in the ongoing protest as much as they can. They are now concerned with protecting themselves and others from any possible contact to Covid that they may have encountered while in jail. 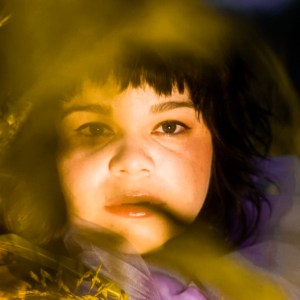 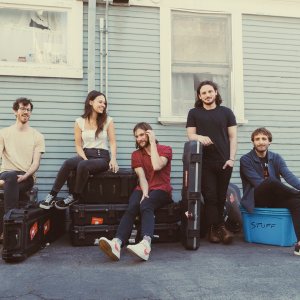