Genre-crossing artist Anna Rose premiere video for “Broken Is Beautiful,” — a featured track from her record ‘The Light Between’– is out now via White Pony/Soulspazm. The new album marks Rose’s first project since 2016, with her release of ‘Strays In The Cut’.

Rose has built a reputation and following with her soulful vocals and raw sound, both of which provide definitive aspects on “Broken Is Beautiful.”  Lyricism and female empowerment play a huge role in the song as well. The song features touching verse like: “No one’s gonna hear me, no one would believe me, if I told you all my demons, all my twisted little feelings, would you even hear me?”

“The video for “Broken Is Beautiful” is very special to me because it features two of the most important women in my life – my mom and sister,” said Rose.  “As women, I think we often fight these silent battles within ourselves: the magic we inherently possess that drives us towards our passions versus the societal markers that we are held up against. At any age, that internal struggle can become a deep well of insecurity and I’m so grateful to have my family help tell this story.”

Ultimately the whole process became a family affair, while being filmed on Rose’s family property in New York.  The video was directed by Shruti Ganguly, with whom Rose has a long-standing relationship with.  “Broken Is Beautiful” is Ganguly and Rose’s third video together.  Ganguly calls “Broken Is Beautiful” the most personal video they have made because the lyrics dig into how pain and challenges ultimately make people who they are.

Throughout her career Rose has been known for her guitar skills and sultry bluesy sound.  But for The Light Between, Rose aimed for something closer to her heart.  She channeled some of the greatest female singers and songwriters of past and present, finding inspiration from the voices of Stevie Nicks, Joni Mitchell, Bonnie Raitt and Patty Griffin.

“Throughout a time of deep turmoil and sadness, I found myself in Nashville a lot, writing not just for myself but for other artists and for film and television. That city slowly began to really feel like home,” said Rose.  “Working and making art there really helped me heal a lot of the wounds that I had collected along the way in my life.  It gave me a place where I felt like I belonged for the first time ever.”

As Rose began to make a kind of home in Nashville, she joined arms with studio icon Paul Moak for her new album.  “Broken Is Beautiful,” was produced by Moak, who has been Grammy nominated and worked with artists such as Relient K, Jennifer Knapp and Matt Kearney.  The Light Between consists of nine additional songs and was written and recorded in Nashville with Moak.

Rose recently wrapped up a US tour promoting “Broken Is Beautiful” while playing stages at iconic events such as CMA Fest and Pilgrimage Fest.  Rose has also headlined shows in Los Angeles, Minneapolis and Chicago. 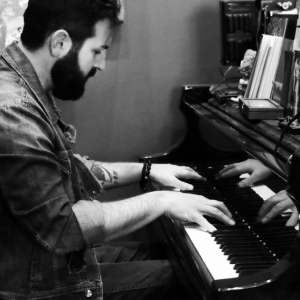 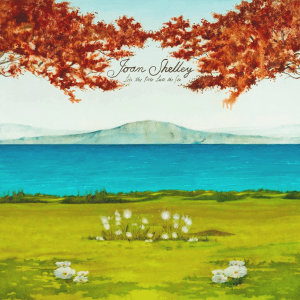