Joan Shelley | LIKE THE RIVER THAT LOVES THE SEA | (No Quarter)

If Joan Shelley ever aspired to be the new reigning queen of contemporary folk music, that desire was likely affirmed when she opened for Richard Thompson on his 2018 solo tour. Thompson, of course, served as the main musical consort of the late Sandy Denny, both during their tenure in Fairport Convention and later when she ventured out on her own. The two shared an indisputable love for British folk tradition as reborn through rock and roll, and while Shelley didn’t stand in for her in absentia during the tour, her positioning seemed to suggest an unspoken nod of approval from the grand master himself.

True to form then, every one of Shelley’s seven albums suggest that she continues to aspire to that hallowed status, given the ethereal blend of languid melodies and precious postering that’s marked each of her efforts so far. ‘Like The River That Loves The Sea’ is no different from its predecessors in that regard; it still relies of the faintest hint of sentiment and the hushed sound of a singer reflecting her thoughts in a decidedly dim light of introspection. Rather than opting for greater illumination, she channels her inner Joni Mitchell courtesy of a set of songs that bear only the most fleeting melodies and subtle hints of a wistful refrain. The Kentucky-born chanteuse shares her delicate designs throughout, beginning with opening track “Haven” and while certain songs — “Coming Down for You” in particular — show a slight uptick in energy, most of the tracks that remain drift along unobtrusively as if enveloped in a slow atmospheric haze.

Still, that’s not to diminish the indelible effect that Shelley imparts with each origin. “Teal,” “Cycle,” “Awake,” and “When What It Is” are beautiful, comforting and sublimely suggestive, even when the arrangements are stripped down to little more than a chorus of acoustic guitars. There’s plenty of invitation for an audience to simply lean in and listen and do nothing more than bask in the music’s radiant glow.

Granted, much of the album sounds like an archival example of folk music of a quaint coffeehouse variety, but the intimacy also allows the delicacy and desire to take center stage. Likewise, when a song such as “The Fading” slowly builds ever so gradually, the full effect takes hold most effectively.

Ultimately, although ‘Like The River That Loves The Sea’ flows slowly towards its ultimate destination, it makes the journey worthwhile. The grace and beauty Shelley shows throughout gives reason for a celestial celebration. 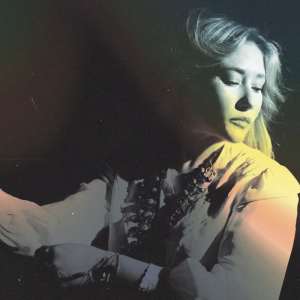 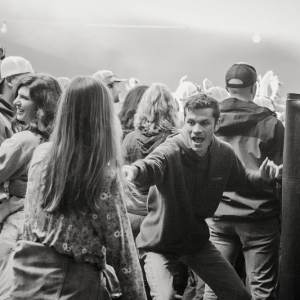