Recorded live in Japan, 1994, it also features John Kruth’s great epic poem liner notes, which we are happy to share with you today

It is the ideal moment for this album to arrive. It’s springtime again, and there is the joy of  liberation in America and beyond as the long season of lockdown gloom and doom is slowly fading out. Again we can rejoice at being in the sunshine again, no longer on house arrest but free to take in nature again. Trees, flowers, birds, squirrels and other assorted wildlife on the outside of our windows are all in the happy sway of June, and this album – Trees of the Ages – arrives like a celebration for our endurance.

As devout Laura Nyro fans around the world (a club to which this writer proudly belongs) already knows, every record she made in her 49 years contains a miracle of beauty, inspiration, wisdom of the streets and of the ages, beautiful artistry, melodic splendor and dimensional love for a life spent inside songs. When she died in 1997, she’d already created enough truly great music for a lifetime. Unlike other great songwriting careers cut short, her’s did not seem incomplete. It seems likely that with a spirit so luminously enlightened, realizing her entire opus during her earthly life span was never an issue.

Her live shows, as those who were there know well, were unlike most other concerts in that she wasn’t performing the songs. This was entertainment, but much more. She inhabited each song fully, and gave it voice. Onstage she beamed with a beautifully zen state of calm, as the music – replete with her warm, jazz-fed chords, streetwise lyricism and her soul singing – shone like moonglow.

Laura Nyro got older, but she never got old. Her songs never have aged at all. They are truly timeless. That writers often wax poetic when she is the subject to that enduring magic in the songs, and in her performances of them. Prose alone for Laura Nyro just doesn’t suffice. John Kruth’s great liner notes, which he kindly allowed us to reprint here, serve as an appropriately exultant and inspired epic adjunct to this journey. His words resonate with the luminous joy that radiate in her songs and spirit. Kruth, a songwriter, musician and music scholar, reached with real-time reverence to that realm from which her songs came, and brought back this poem.

Mr. Kruth, who is also a contributor to American Songwriter,  is the author of many great books about our greatest songwriters and musicians. His newest, Hold On World: The Lasting Impact of John Lennon and Yoko Ono’s Plastic Ono Band, Fifty Years On, was released June 1st of this year.

Black hair shrouds her pale face like the night sky swallowing the moon.

Her lips are stained with bittersweet grapevine poems that beckon and seduce, as her moonbeam fingers, long and silvery, do a slow float over ivory piano keys, finding, fondling warm chords that resonate in heart chambers from Osaka to the Bronx.

A melancholy architect who, since the age of five, built a world of music that she laid stone by stone, a yellow brick sidewalk that zigzagged to her own private Oz, where Judy Garland and Claude Debussy shared a picnic in the eternal poppy fields, below a “Broken Rainbow.” Laura, the Earth Mother, tossed her sonic summer salad of gospel and jazz, with croutons of doo wop, and a zesty dressing of giddy Broadway musical motifs.

Brown earth tones that gently cradled words that can’t be expressed, no matter how playful and graceful, without the embrace of melody. Eyes distant gazing, lost in thought, listening to something nobody else can hear, like having a conversation with the divine.

A woman of the “Wild World,” Laura was never one to color between the lines. Known to drive her sidemen to the brink with tempos that shifted with her every mood. Each song, a prayer. Brief and fleeting meditations, as time hangs suspended in the moments between the last fading notes and the applause that falls like snowflakes on a hot cast iron stove. The Japanese audience so careful and polite, hoping not to break the gossamer spell she wove with the sharp clapping of hands.

Harmonies pour from the three Dianes (only Laura Nyro could have a choir of Dianas) echo her every word and emotion. “Diana,” a name traditionally associated with the Roman goddess of fertility, hunting and childbirth, that translates to “luminous,” “divine,” “fertile,” and “perfect.” As her piano pulses, she namechecks the lyre strumming poetess, Sappho, the “Tenth Muse,” who lived and died on the island of Lesbos. Louise’s Church” is dedicated to the chic Russian sculptor Louise Nevelson, the tragic jazz diva Billie Holiday, and Frida Kahlo, who painted her autobiography in brilliant hues.

You can learn a lot from just one of Nyro’s songs. Which led me to do a bit more research beyond the usual stuff like her baby boomer birthdate: the 18th of October, 1947 (just barely two years after the war finally ended) and what her papa Louis Nigro (yes, she changed her name) did for a living: blowing jazz trumpet and tuning pianos. According to my Wicca sister Conleth, from St. Paul, Minnesota, “the moon, on February 22, 1994, (the date of this recording) was in Cancer, at 17°, in the phase known as Waxing Gibbous – a time for manifesting deep emotion, and a sense of belonging in the world. But being in Cancer, the stomach, lymph system and sexual/reproductive organs were particularly more sensitive and needed extra care.”

We human beings are constantly faced with forces both unknown and beyond our control, often feeling like the star of a movie we didn’t write, and are clearly not directing, yet always wondering when and how it will end. Laura’s gentle reading of “And When I Die” takes on a deeper significance here, knowing, as we do now, that she would soon be gone and “one child [will be] born and the world will carry on…” Like her mother, Gilda, the bookkeeper, Laura too was diagnosed with ovarian cancer. With the spring of 1997, she was gone at forty-nine, the same age at which her mom died. Her ashes were then scattered beneath “The Tree of Ages,” at her home in Danbury, Connecticut.

Everything about Laura Nyro spelled drama, from the way she tossed her head back as she belt out her lonely moon siren songs that poured from her throat, sculpting the air in Van Gogh curves that swirled and continue to undulate like waves of wind, as beads of sweat sparkled on her forehead, and ran down her neck like tears of moonlight, bursting and flowing down the cheeks of those who need her (still), think they know her, bought a piece of her soul for $6.95 at Sam Goody’s, and listen repeatedly to her voice igniting joy and beckoning them through the dark night of the soul.

And although unpredictable, she was never acting! The dark-eyed gypsy Madonna lights another cigarette in her candle-lit womb. The rituals she regularly performed to keep herself from drowning in an undertow of emotion became a lifesaver tossed to thousands of others around the world in quiet distress. Although they might not show it waiting in line to get in to see her, below the surface of their anticipating faces, down in the flat fish territory of their souls, lies a suitcase of sorrow, that freight of destiny we all lug around until it finally, effortlessly,
slips off our back,
one hallelujah morning.

In these (and those) sad/mad times, there remains the eternal hope that a song might still rescue us. “Save the Country!” “It’s Gonna Take A Miracle” … yes, indeed. Concerned about the fate of our planet, our environment, humanity, and animals, Laura Nyro became a vegetarian and animal rights activist, joined the peace movement, the women’s movement, and the movement of the soul, stirred by rock’n’roll, and R&B. She knew music was the healing force of the universe, generously offering “an invitation across the nation” and a chance to dance in the street. She smiled in the face of adversity, while flagging down “The Poverty Train,” tackling problems of racism and sexism that we already confronted (and foolishly thought we solved) with the struggles and protests of the 50s, 60s and 70s.

It’s late now. The windows are opaque with night. The moon is distant and high in the sky, its pale face shrouded by another storm of raven-black hair, as Laura sings her “Luna Rosé” songs that reverberate through the walls of time, back to when she sat alive at the piano in Osaka, clad in a silky kimono and tabi (split-toed) boots, punctuating the end of each offering with a gentle “arigato” (thank you). Time keeps spinning and flashing by like the carnival rides she once took, while laughing boys back in her broody teenage Bronx days, stood like awkward flowers, watching, joking, smoking, flicking cigarette butts onto oily, rain-puddled streets, as she sang,
“It can never be the way we want it to be…”

No, I guess not. But we still have the music. 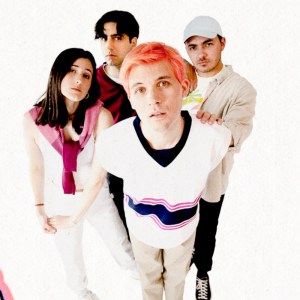 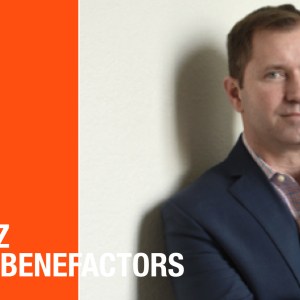