Seeing as Alex Lilly hails from the sunny shores of Los Angeles, CA, one might imagine that the boldly imaginative singer-songwriter faces an amusing catch-22: Such natural beauty and continuously sunny days could, in theory, make it easier to keep from running out of inspiration for songs. Simultaneously, exposure to the same ambiance and certain set of mood inspiring sources could also drive Lilly to want to avoid writing about all things sunshine, rainbows, and sparkling waters. Yet, the unexpected curveball of COVID-19, which put pretty much the whole global population – but especially Lilly herself – into a downright dejected emotional place, turned out to be more than enough to inspire her to write music that stemmed from a place of contrasting positivity.

Today American Songwriter is premiering “Aquamarine,” the first of the three tracks Lilly wrote for her recently announced “Love In Three Colors” song bundle, which is due out on July 31st, 2020 via Release Me Records.

“(The song) ‘Aquamarine’ is about unadulterated joy. That vivid color return from a long period of drabness and sadness. It feels equal parts Sesame Street and the song you play at the end of the night at a dance party to get everyone to leave. There’s a sincere quality that reminds me of The Buggles or Cyndi Lauper,” says Lilly.

It’s not hard to pick up on the allusions Lilly makes for the color-themed track, as the synth-driven motif at the beginning of the song, with its blunt and metallic tone quality, instills an immediate vintage electronica vibe that would likely be right at home in parts of Cyndi Lauper’s dance-pop repertoire. Then, when Lilly’s vocals and the lyrics of the opening verse kick in, the sense of a family-friendly sing-a-long and a child-like friendliness definitively comes through with the direct connections between real-world objects and their associated shades.

Though the front half of “Aquamarine” seems like it’s set in a single format, as straightforward rhythmic and melodic patterns and a fixed assortment of instrumental variety move the music along with a well-established flow, halfway through the song, Lilly throws listeners for a loop with the sudden emergence of a prominent trombone solo. The horn’s warm, softly-rounded, and lower register notes give “Aquamarine” a drastically different energy going into the second half. Coincidentally, the instrument’s timbre resonates well with the new object and color descriptive pairings Lilly introduces in the next verse (velvety black / caramel brown). Furthermore, the two horn parts harmonizing the main hook creates a point of extra appreciated character. Beyond providing a sonic change of pace, it also works to support Lilly’s celebration of color and feeling in a more subtle, indirect way, similar to how a character’s body language or the background music in a movie scene will help to amplify an intended message without having to speak directly to audience to make a point. Given the balance of a more youthful approach to the writing of “Aquamarine” and Lilly’s appreciation for deeper emotional connection, this song delightfully and effortlessly walks the line to cleverly touch upon each of these things. 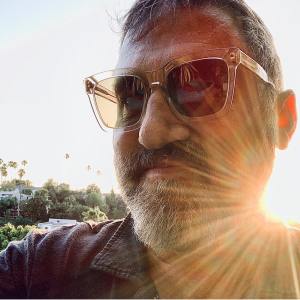 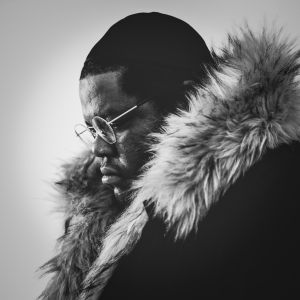