Greg Dulli just returned from Joshua Tree the night before. A regular retreat, the two-hour drive from his Los Angeles home resets him for the project at hand. At the moment, the project is recording new material for The Afghan Whigs.

Joshua Tree, specifically Christopher Thorn’s Fireside Studio, is Dulli’s destination of choice. He has his system down pat. Even during the COVID-19 lockdown, he’s managed to return to recording—albeit in a bubble. At home, he works out with a trainer on his patio three times a week. He plays golf three times a week. He even does FaceTime yoga three times a week. Dulli is a methodical man. And there’s a method to his madness, even following the release of his solo debut Random Desire (Royal Cream/BMG), his first in a nearly 30-plus-year career.

Faced with the inability to tour around the album following the shutdown, Dulli was determined to at least play some of the songs live before moving on to new music and is set to perform two live-streamed shows from Gold-Diggers, a Los Angeles bar, hotel, and recording studio, on August 1st.

“I’ve made 16 albums, and this the first time I’ve made a record and not toured it,” says Dulli of the recent self-isolation and being off the road. “It’s odd, but hey I’m honestly kind of a loner anyway. I live with two cats.”

Prior to the lockdown, Dulli was set to tour along with The Twilight Singers’ and The Afghan Whigs’ guitarists Jon Skibic and Rick Nelson, and drummer Trey Bourgeois this spring.

“I finished the record and I went to Europe on vacation, then I came back—and went back to Europe again in December to do a press tour,” says Dulli. “When I came back, my friends in Europe were calling me in early February and telling me about what was going on, so I kind of saw it coming pretty early. There was no way we weren’t all going to experience this. If you ever saw the movie Contagion, it’s really not far off.”

Burning through an epitome of something illicit, Random Desire evokes the dusty haze of Joshua Tree and cracks open the cinematic and cerebral portal to Dulli’s world, one that hasn’t been touched by The Afghan Whigs or The Twilight Singers. Scene by scene, Random Desire is an exploration of life, death, survival, love, loss, and the other maddening circles of humanity—something Dulli has managed to continuously dissect in song over the years.

Erupting on heart-bending opener “Pantomima,” Random Desire fluidly drips from one track to the next in a very Gentlemen-like manner, through the emotional escalation of “Sempre,” before Dulli bursts his heart open on “Marry Me,” a track that is as painful to hear as it was difficult for Dulli to write, moves through painfully sore lyrics Hope the song will see you true / Hope no one gets next to you… I let you go.

“Trust me,” says Dulli of the regret-laden track. “It wasn’t the most fun I’ve ever had writing.”

Random Desire moves through Dulli’s moods, picking up on swelling “The Tide” and a melancholy croon of I got things to do before I fade away, before moving into a moodier swagger of “Scorpio.” Settling upon something sinister is a darker swoon of “It Falls Apart,” which leaves Dulli near whispering in his lowered register, which follows through the murkier, organ- and string-induced seduction of “A Ghost.”

Every portion is delicately weaved in its instrumentation and arrangement, flowing back into Dulli’s signature raspier growl on slow-moving “Black Moon” Random Desire drifts into the hauntingly melodic closing of “Slow Pan.”

Initially, Random Desire, released February 21, was not part of Dulli’s plan, but when the rest of The Afghan Whigs started getting busy at the end of 2018, Dulli decided to check himself back into Joshua Tree with some songs that had been floating around.

“I really had no intention of making a solo record until everybody in my band got super busy,” says Dulli. “Patrick [Keeler] was wrapped in tours (The Raconteurs) and a record. John [Curley] went back to school, and John [Skibic] had a baby. I knew all of that stuff was about to happen, and I was like, ‘I need something to do. I’ll do my own thing.’”

Written and recorded between January and August of 2019, Dulli says he wrote on whatever gave him what he needed at the moment—guitar, piano—and basically put the entire record together in the desert. “I have a really good relationship with Christopher Thorn who owns the studio and is the engineer,” says Dulli. Thorn recently worked on The Afghan Whigs’ 2017 release In Spades. “He’s been co-producing me for the past couple of years,” says Dulli, “so we just have a really good flow.”

Back at Joshua Tree, Dulli has been keeping socially distanced at the studio, cracking into The Afghan Whigs material. This year also marks the 30th anniversary of The Whigs’ Up In It, something Dulli says they’ll acknowledge in some way, but the focal point is new material.

“It’s going to be a little hard to get the Whigs together,” he says. “Keeler will be able to play drums eventually, because he lives a few miles from me. We’ll have to figure out how the rest of it works, but I’m just going to keep on working on stuff, and then I can send them my recordings, and they can add their parts.”

As for the future of music, until there’s a vaccine everything is on hold, but Dulli says he’ll keep singing into the void. “The racial dialogue is the most important dialogue going on right now,” says Dulli. “I’m not an issue writer. I’m not a political writer, but it’s hard for things to not seep into what you’re working on when you know you’re alive, and feeling, and hearing everything around you.”

August will be the first time Dulli has ever played any of the Random Desire tracks live, and says he has some tricks up his sleeve for the live stream. “It will be in no way normal,” says Dulli. “The people that I’m working with are all pretty quirky folks, and they all have ideas and opinions, so we have a good collaborative gang in the room, and we’ll see what comes out of that.”

Like the recording, where Dulli handled most other instrumentation himself, the upcoming live stream will be Dulli on his own, mostly, with the exception of his doctor Stephen Patt, who will join him for a portion of the set. Credited as Doc Patt on the album, Dulli’s physician plays standup bass and pedal steel and is featured on the Random Desire tracks “Marry Me,” “A Ghost,” and “Slow Pan.”

“He plays on half my record,” says Dulli. “He’s already had COVID and whipped it, and he’s considerably older than me, so he’s going to join me for part of the show.”

Mixing in The Afghan Whigs tracks and other surprises, Dulli says his one-man show won’t have too many bells or whistles. “I’m such luddite when it comes to stuff like that,” says Dulli. “I may use a distortion pedal and I may even distort my keyboard, but that’s about it.”

He adds, “I’m going to play these songs once at least, so here it comes.”

Check out our review of Dulli’s solo effort. 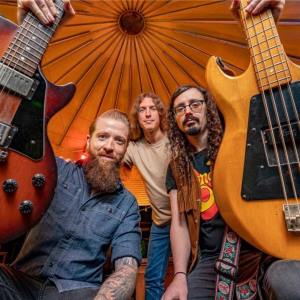 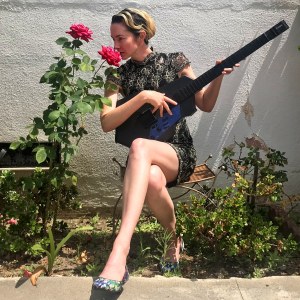