Neil Young’s been caught up in a flurry of activity lately, and while the rest of the world struggles with being stuck in traction due to the pandemic, Young’s doing what he’s always done, offering up new music in a seemingly unending fashion while going through his archives and  culling new material, all the while satiating the needs of his most rapid fans and admirers.

Indeed, Young’s offered three essential efforts in recent months — the otherwise unreleased Homegrown, Return to Greendale, a live take on his fictional Greendale documentary, and These Times, a collection of protest songs of a sort that find renewed relevance in today’s uncertain era.

That brings us to Archives Vol. II, which, like its predecessor, Archives Vol. I, offers an abundance of classic Young songs, this time drawn from the mid ‘70s, one of the most prolific periods of his career and certainly the richest in terms of both quality and quantity. While four of the ten CDs — Tonight’s The Night, Tonight’s the Night Live, Tuscaloosa, and Homegrown contained in this cube designed package have already been released as stand-alone offerings in recent years, the remaining discs provide a rich array of new and intriguing discoveries, some familiar, but others never before available in any form other than bootlegged versions and live performances, the latter setting having allowed Young to tease his audiences with songs that rarely appear elsewhere.

Hopefully the dozen years that have transpired since the first box set have allowed listeners to not only soak up that initial collection of rarities, but also to save up some coin for this package, which, like the first volume, also carries a similarly weighty price tag. It too is a sumptuous set of songs, given that the music contained herein followed his landmark Harvest LP while encompassing On the Beach, Tonight’s the Night, Zuma,and his brief foray with the Stills Young Band, Long May You Run. So while there’s some obvious duplication due to the inclusion of both live and studio renderings of certain songs, the fact that it also boasts twelve never-before released songs and 49 alternate, mostly live versions of others makes this an essential addition to the Young canon. Some have been circulated in fan circles for years — “Bad Fog of Loneliness” and CSNY’s “Human Highway” in particular — but hearing them here in a legitimate setting offers an added incentive. Nevertheless, it’s the inclusion of such heretofore-unreleased offerings as an unexpected yet surprisingly faithful take on Joni Mitchell’s “Raised on Robbery,” a brief, shaky solo piano recital titled  “Sweet Joni,” the plaintive “Letter from ‘Nam,” the comparatively jaunty “Come Along and Say You Will,” a plodding “Goodbye Christians on the Shore,” the high amplitude rocker “Born to Run (not to be confused with Bruce Springsteen’s song of the same name), a straight-forward and remarkably tender take on “Greensleeves,” the low-key “Homefires,” a simple but supple “LA Girls and Ocean Boys,” an acoustic ramble dubbed “Frozen Man,” the sweet sway of “Daughters,” and the beguiling “Mediterranean” that may help justify the hefty cost.

A final disc, recorded at Japan’s venerable Budokan theater, rounds things out with ten Young classics recorded live before yet another enthusiastic audience.

Thankfully, the abundance of material doesn’t lead to any lapse in quantity, although some songs are admittedly more essential than others. Taken in tandem, they serve as yet another reminder that for all the unpredictable paths Young’s pursued throughout his career, his reputation as an astute songwriter puts him in the upper tiers of rock’s most reliable artists of the past 50 plus years. Save up your coin, folks. This one’s essential. 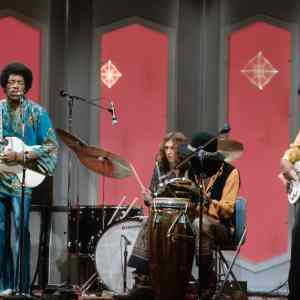 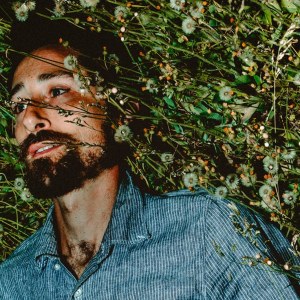