When Steep Canyon Rangers recorded their new album Arm In Arm at Zac Brown’s Southern Ground Studios in Nashville, it marked the first time the Grammy-winning band had ever encamped in a studio outside their native North Carolina.

Co-produced by the band and engineer Brandon Bell (Zac Brown, John Prine), it follows on the heels of two 2019 Steep Canyon releases that both debuted at number one on Billboard’s Bluegrass chart — North Carolina Songbook, an eight-song live album recorded at last year’s Merlefest that features reinterpretations of songs from cross-generational North Carolina icons, and Be Still Moses, an eleven-song collaboration between the band and the Asheville Symphony, which also featured, decidedly unexpectedly, Boyz II Men sharing credits on the title track.

Then again, it’s always been the mark of the band’s MO, the ability to share their populist pursuits while finding that middle ground between a traditional bluegrass-based template and a more progressive posture. Indeed, Arm In Arm reflects that assertive stance, from the meandering emotional embrace of songs such as the banjo-laced “One Drop of Rain” and the casual sway of “In the Next Life,” to the more suggestive sensuality found in “A Body Like Yours,” the sheer drive and determination of “Sunny Days,” the quiet yet contemplative “Bullet in the Fire,” and the softer sentiments encased in the beautiful closing ballad, “Crystal Ship.” It’s also notable that the group frequently references The Band, especially on more laidback entries like “Everything You Know” and the reflective “Every River.”

“For me, it all comes down to the songs,” singer, songwriter and banjo player Graham Sharp insists. “Our style is dictated by the songs. I work on the technical aspect of the instrumentation, but my main focus goes into the melody and the lyrics. If the song doesn’t make me laugh or cry at some point, it’s not worth it. I always try to be a harsh critic of my own songs. There was a song or two for this record that some people really liked — a song that I’d written and spent time on — but after listening to it, I said no, I love it but this isn’t the song for us right now. I don’t look past the song into a bigger picture. Anne Lamott, a great writer, once said ‘keep everything within a one inch frame,’ and that’s what I try to do with a song — allowing it to focus on one specific thing — and then the band has the tools to make it whatever it needs to be.”

Sharp says that while many of the new tunes were written between the last albums and the new release, the band keep a stockpile of songs that they can fall back on at any given point. “The band has such a great collective memory and repository for material that maybe a couple of album cycles come around and maybe we get to them two albums later,” he explained. “A song might pop up in somebody’s memory where they’ll say, ‘Oh, what about this?’and it will be the right moment for it and there it is. But the band is generally careful with stuff so they don’t miss what’s right for the moment. I have total confidence in their opinion of things and I lean on them for that.”

At the same time, it’s that input from the individual members that make Steep Canyon Rangers the cohesive outfit that they are now and in fact have always been. “When [drummer, [percussionist] Mike Ashford first came into the band, we were doing the tour with Edie Brickell and we were mainly trying to capture the sound of that record we did with her, which had percussion all over it,” Sharp recalls. “And then when we went back to doing our own thing and Ashworth wasn’t there, we missed him. So we pulled him in. As far as the drums go, there’s a lot of great things about the box that he played initially, but with this record in particular, we’ve realized a lot of things about the sound of the drums and what it can bring. So that’s a great thing about the recording when you actually sit down and listen. When we were first recording, we thought maybe the drums were covering up the mandolin rhythm, which for me is a huge element in bluegrass. So we went back and remixed it and brought the mandolin rhythm closer to the drums and all of a sudden it was this whole new thing. They’re not doing the same thing at all, playing the same rhythm. You can hear the mandolin riffing off the drums and leading the rhythm. So we discovered this whole new sound in the process of recording, which was so much cooler. The recording process has actually led us to think about our own instrumentation a little bit differently.”

The input of new bassist Barrett Smith was also significant. While he was present on the two previous live recordings, Arm In Arm marks his studio debut with the band, which, besides Barrett, Sharp and Ashworth, includes longtime members Woody Platt (lead vocals, acoustic guitar), Mike Guggino mandolin, harmony vocals), and Nicky Sanders (fiddle). Sharp credits their ability to effectively coalesce around those unexpected elements to be able  envision the additional additives and effects.

“I feel like on this record we did a few things we hadn’t done before that might become our natural inclination,” Sharp reasons. “On the song ‘Sunny Days’ there’s this long solo section where there’s a long mandolin section that’s really freeform and there were no exact number of bars of whatever it was going to be. It was just a big band solo over one chord. The mandolin leads, and you can just sort of hear on the recording how Mike seems to draw back and wrap it up. The band keeps pushing ahead, so he pushes ahead a little farther, and it’s just kind of a live in the moment thing.”

It is, Sharp insists, part of their natural inclination to transfer the spark generated in their concerts performances and then attempt to embed it in their recorded efforts. “We’re just trying to keep some of that energy from our live shows and play it that way in the studio and not have to think about the idea that it has to three minutes and thirty seconds long,” he explains. “So I think a lot of that translates on this record. There’s a banjo solo on ‘Afterglow’ that does the same thing, just a freeform open-ended solo where the banjo leads it through. But there was no set bars and no set end point for it. It was just build it, build it, build it until it feels good and then we’ll wrap it up.”

He also credits engineer and co-producer Brandon Bell with helping to steer the proceedings and feed some fresh sounds into the mix.

“In the song, ‘A Body Like Yours,’Brandon came up with the idea for the solo,” Sharp recalls. “We were kind of all sitting there and he said, ‘How about the whole band just speed up.At some point in the song, everybody should just speed up.’ And we said, ‘Hey, we’ve never done that before. Let’s give it a try!’ So when we did that song and got to that section, we gave it some gas and sped it up. It kind of reminded me of a Led Zeppelin move. And when we got that done, we thought, maybe we should try that again. And we did it a few more times, but we weren’t sure. So we decided to go back to the first time and listen to what we did and it was like ‘Wow, we actually got it the first time without rehearsing it or anything.’ That’s where it’s great to have a band where we can pull something off like that, after talking it through once someone outside the band brought the idea up.”

It is, Sharp says, part of their overall approach, that ability to mine some spontaneity while keeping the form and structure of the songs intact. It’s a discipline derived from the freewheeling expression that’s always been such an idelible element in their concert performances.

“It’s been a real benefit for us to have parts in the show where we know where we’re leaving from, but not really how we’re going to get there,” Sharp maintains. “We’re so familiar with each other and we’ve got it so down, but I think you need to leave spaces where you can create stuff on the fly just so you can keep the dynamic of the band flowing and not get stagnant. There’s the idea of doing things by rote and doing things with an eye toward professionalism, but there’s also a real value in forcing people to listen intensely. I think that’s what happened on this record. There were a lot of times on this record where I wasn’t listening to myself, but trying to listen to somebody else, and I think that’s really when the band is at its best, when we’re really focused on each other. I think those moments are on this record, like on the song ‘One Drop of Rain,’ where there are no drums but Ashworth is playing dobro. I remember listening so closely to the bass and mandolin throughout the entire song, and I feel like it’s one of the most driving rhythm tracks on the record, and it’s due to being just so intensely listening to each other.”

Indeed, it’s that determined delivery that leads to what Sharp describes as moments of sheer euphoria. It is, he says, all part of the learning process, and beyond that, their continuing upward curve.

“On average, it takes us about five takes to get it all down,” he suggests. “Most of the time, we’ve done our homework beforehand so we have a basic idea of how it’s going to go, but maybe not entirely. Some of it just happens, like ‘Oh, what was that?’ ‘I don’t know, but that was it.’ Having a real framework is helpful in that situation, because the band is so able to dial into the structure so that whatever improvisation happens, it happens with a real solid idea of what the structure is and what the melody is. So having all those things really solid in their own place really leaves open the possibility that any given moment will have its own character.”

And, in the case of a superb album like Arm In Arm, a remarkable experience overall. 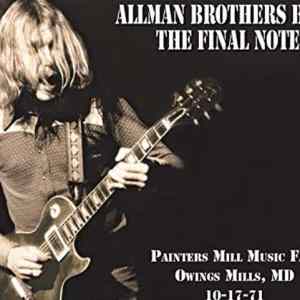 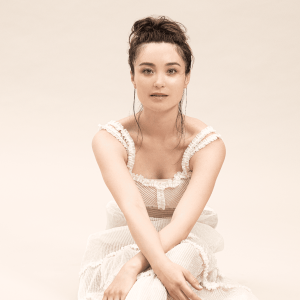