What does it take to have a #1 Country song these days? How does your song hold up to today’s hit songs? In addition to networking, writing with other songwriters along with perspiration and luck, many other factors come into play. Is there a formula?

Larry Beaird of Beaird Music Group in Nashville, set out to find the answer by analyzing every #1 hit from Billboard’s Hot Country song chart from 2014 and 2015. This chart includes a combination of streaming (Pandora, Spotify, iTunes) downloads (single and album sales) and radio airplay (FM, Sirius XM, satellite radio).

His research shows that songs become more commercial by including the song’s title as the very last phrase in the chorus. Following this rule will increase a writer’s chance that his song might be commercial enough to become a hit. This is important for 3 main reasons:

The first research finding, and an expanded discussion of the best position for a songwriter to place the song’s title can be found here: https://www.youtube.com/watch?v=UmxbtQ0hoDM

“It wasn’t enough to merely chart the #1 songs,” Beaird said. “I also found it necessary to study each song’s lyrical content, and I measured various time considerations including the amount of time it took a song to get to the chorus. I also looked at each #1 song’s form, including the number of verses and choruses and whether the song included a bridge, instrumental section, and so on. The research shows that the #1 hits have quite a lot in common.”

Larry’s findings confirm what he has always known and what he tries to communicate to songwriters who seek out his studio to record their music. He now has the data to fully support his recommendations: “I knew, instinctively and from my work performing on other artists’ hits, how important the title placement in the song was. It’s nice to have the evidence from this research so that I can say to a songwriter, ‘the data shows, conclusively, that placing the title at the end of a chorus is important when striving for that elusive #1 hit single.’ And the research shows that in 2014 and 2015 EVERY #1 song places the title in the last line of the chorus.

Butch Baker, Senior Vice President of HoriPro Entertainment Group remarked, “The decline in songwriting royalties, combined with the fact that many artists are now writing their own songs, makes the songwriting market extremely competitive for new writers. Larry’s research is important because today’s aspiring songwriters need every advantage possible to compete for cuts on records.”

J.T. Harding, Nashville hit songwriter for songs including Blake Shelton’s recent hit “Sangria” commented: “Larry’s meticulous research of hit songs, combined with his years of studio experience (that he shares in this video) is something I wish I’d had access to coming up through the ranks as a songwriter. Larry has insight that is valuable for songwriters at any stage of their career.”

This is the first in a series of videos from Larry Beaird who uses his decades of experience to help songwriters have a chance to create a hit. Additional research findings will be released monthly. 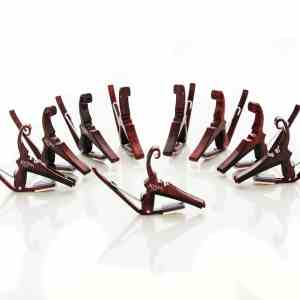