Isaac Mizrahi is a world-famous fashion designer—but he’s also an accomplished performer, as he proves in a series of virtual concerts, ISAAC@CAFECARLYLE, available here. Filmed at New York City’s famed Café Carlyle, each show features a six-piece band backing Mizrahi as he sings a wide range of songs and tells witty, comedic stories. The first show, with a guest appearance by Suzanne Vega, came out in early December. The next, with actress/singer Jackie Hoffman, will be available starting on January 8, with two more shows scheduled for release in February and March.

The songs in these shows run the gamut from jazz and pop to musical theater classics and beyond. “I like to do a broad variety of things,” Mizrahi tells American Songwriter, calling from his home in Bridgehampton, on New York’s Long Island. “Everything from Kander and Ebb to Madonna. There’s a Debbie Harry song I cover. I do plenty of Cole Porter, and Cy Coleman tends to be my favorite thing. There’s a lot of different things I do that you wouldn’t expect. One of my favorite tunes that I do, I think it’s in the February show, is called ‘Figure Eight’ and it’s from Schoolhouse Rock. It’s a great song!”

Choosing the material comes down to Mizrahi’s personal taste and how he can rework a song to make it his own. “I become obsessed with renditions I hear of songs that I want to change, or ideas that I have about how to slow something down and make it really sexy and vampy and crazy and good,” he says. “It’s my obsession from when I was a kid. I have loved the same music and I keep adding to that list of songs that I love.”

Mizrahi is amused when asked if he ever worries that he’s taking things too far as he reworks a song. “Is there such a thing as going too far? I can’t think of one example,” he says with a laugh. “Often people ask me what I think style is in any particular area, whether it’s stylish clothes or stylish food or stylish music. To me, the answer to that is, ‘surprise.’ I think if you can’t surprise me, then it’s not terribly good. So I like to bring a little surprise to literally every single one of the songs.”

These shows may surprise some fans who didn’t realize that Mizrahi’s talents extended into the music world, but in truth, this aspect of his artistic expression actually came into play long before his clothing designs made him famous. “The nascence of me being a big ham and singing in front of people, I started doing female impersonations when I was eight years old,” he says. “I was doing [Barbra] Streisand. It was crazy. And during my teenage years, I was doing these incredible female impersonations for anyone who would listen.”

A native New Yorker, Mizrahi attended the city’s legendary LaGuardia High School of Music & Art and Performing Arts, aka “the Fame school,” where “I was in the drama department and everybody sang and did gigs.” He then attended the Parsons School of Design and launched his fashion career, but “I always managed to stay in show business, whether I was doing weird shows with my friends or whether I was in costumes or whatever it was. I always kept my allegiance to show business. I always had some kind of a gig—I was either preparing for it or doing it.”

Mizrahi first began doing an annual residency at the Café Carlyle, located in New York’s Carlyle Hotel, in 2017. When the pandemic made it impossible to put on this year’s show as normal, Mizrahi and his band were undaunted, recording all four shows over the course of five days, with a small camera crew instead of a live audience. “It was fun. But it was also a little scary and treacherous,” Mizrahi says, though he notes they strictly enforced social distancing and other COVID-related precautions. He adds with a laugh, “By the way, is there any such thing as fun without a little fear and a little treachery?”

There was never any doubt that Mizrahi would be resourceful and find a way to continue his work, despite the pandemic danger. “When I get an idea and I’m going to do something, I finish it,” he says. “It came from my upbringing and being an outsider in the community that I grew up in and my family—having to find something to do that was much better than the reality I was living through. That sounds sad and it was. But it became an incredible operating factor in my life. It became the saving grace of my life.”

Mizrahi also credits his New York City upbringing for helping him learn to endure tough times such as these. “I’ve seen a lot of stuff,” he says. “I was born in the 1960s, so I lived through the 1970s in New York. You have no idea. When I was writing my memoir [IM, published by Flatiron Books in 2019], I was trying to describe New York and one of the words I used was ‘squalid.’ If there was a word more severe than ‘squalid,’ I would’ve used that. I mean, it was a bloody mess in the ‘70s. I think they invented the term ‘urban blight’ to describe New York City.”

Things may not be that bad in New York or anywhere else quite yet, but Mizrahi knows that things are still incredibly hard right now, so he hopes that his show will help lift people’s spirits. And he has a prediction that better days are ahead: “We’re not only going to rebound—there’s going to be a kind of artistic renaissance.” With his work ethic and his talent, there’s no doubt that Mizrahi will be right in the thick of it when that happens. “It’s like this lifelong thing,” he says of his musical performances. “I will never stop doing it.” 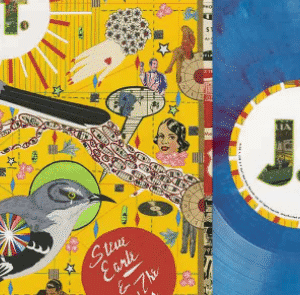 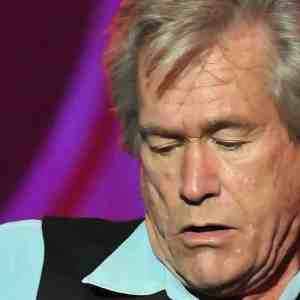