At just 17 years old, the level of success reached by singer, songwriter and TikTok star, payton, is almost hard to wrap your head around… or at least that’s how he feels.

“It’s definitely surreal,” he told American Songwriter. “I dropped my first song a year ago and the response it got, like immediately, was insane.”

And now, a year after that first song came out, payton is dropping his newest single, “3AM.” Blending elements of pop-punk and classic pop, the tune is as much a hard-hitting bop as it is an exciting watermark for the changing sound of popular music. Between the layers of lo-fi guitars, the earworm melody and payton’s impassioned vocal performance, there’s a lot of evidence here as to why the songwriter who’s not even old enough to vote yet has racked up 14 million followers and 750 million likes on TikTok alone.

“‘3AM’ is a tight song,” payton said. “I started writing it in an Airbnb in Los Angeles. I was playing the chords and I started writing about this feeling I had: I always stay up super late and one night, I got a call from this girl I was in a relationship-thing with… it’s kind of a confusing story. But, basically, I was overthinking some things. I sent her a text, like ‘Yo, this is how I feel.’ Then, I got a call and she was like ‘You’re overthinking all of this.’ She basically told me I was wrong. Things come full circle and you find out truths and stuff like that… ‘3AM’ is a good reference to that. I was feeling very alone. I was up at 3 in the morning getting phone calls telling me I was up in my head and things like that.”

See, the young TikTok star has always used songs as a form of processing the world around him. First starting to write songs years ago when he was only 9 or 10 years old, he now uses the vehicle of music to unpack all sorts of events and decisions from his past.

“Sometimes you gotta go back through a lot of different memories,” he said. “You think about relationships that didn’t necessarily happen yesterday, but it brings up things you haven’t thought about in a while. Sometimes you go back in and try to get a picture of the full story. You put yourself in a certain mindset because you’re not there. It gives you a chance to be like ‘Did I mess something up?’ It’s good because you can get stuff off your chest, but it also has that weird, retrospective aspect to it.”

And while payton might seem like he’s speaking beyond his years when, at 17 years old, he refers to that level of nostalgic reflection, he’s actually lived through a pretty transformative few years. It wasn’t until 2019 that his popularity sky-rockted on TikTok, but he first heard about the platform back in 2015 as a fresh-faced 11-year-old.

“It was called Musical.ly back then,” he explained. “The first time I ever heard of it was when my friend came over to my house and was like ‘Yo, you gotta get on this app.’ I thought it was, like, a video editing app, but he was like ‘No, it’s social media,’ so I was like ‘Hell yeah, I’ll get on that.’”

Now, just six years later, payton is one of the more popular content-creators on the platform. While he’s overwhelmingly grateful for the chance to make his dreams a reality like this, he also notes that the nature of being TikTok famous is a bit more all-encompassing than folks might think.

“It’s a 24/7 thing,” he said. “A normal job, it’s like 9-to-5 and then you get to go home. But me, I’m on there all hours of the night. I wake up in the morning, post another story. You know, it’s like… you gotta be there. You gotta give fans what they need and what they deserve. It’s a job. But, it’s fun. It’s so crazy that I can talk to these people from around the world. They wake up in the morning with a mindset of supporting my music, which is crazy. It’s definitely cool. I’m very blessed to be in the position I’m in with social media and everything.”

And with the restrictions of the COVID-19 pandemic beginning to lighten up, there are a lot of even more exciting things on the horizon for payton. In addition to releasing more singles, he’s also set to headline the 24-date Boys of Summer tour beginning in July, giving him his first proper opportunity to connect with fans in person. Already grappling with a high level of fame and success, it seems like his path keeps leading upward.

“I’m out living in Los Angeles now, so I’m creating whenever I can,” he said. “So, hopefully, new music will be out soon. I also have those live shows coming up soon, which is very, very cool. I’m definitely really excited about all of it.”

payton’s new single “3AM” is out now and available everywhere. Listen to it below: 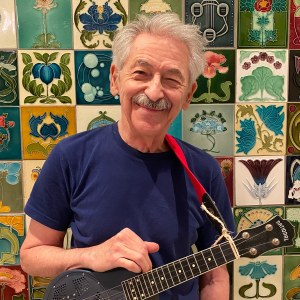 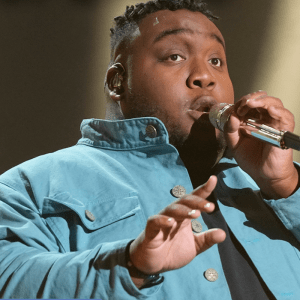