Authentic fakery is incredibly common. Country music is rife with rich men who rent beat-up trucks for photoshoots and videos. Springsteen joked in his Broadway show that for all of his working man cred, he never spent an hour on a factory floor, or held any kind of day job. Tom Waits is a deeply legitimate performer, but whatever associations fans may have with his music, they know he is not a gravedigger, an alcoholic, or a hobo. He’s a wealthy, sober man, and has more in common with Jeff Bezos than Leon Ray Livingston.

Part of the contradictory friction can be attributed to the gig. In order to connect with the emotional lives of listeners, musicians conjure heartfelt depth from imagined perspectives. But the expectations this creates can be confusing not just for the audience but for the artist, too. And these expectations can act as prejudices that subvert and restrain artists, preventing them from exploring – and getting opportunities to speak to – different audiences.

I have often felt mystified by the expectations people have about me. A woman once told me after a show that she was surprised how cheerful and happy I was onstage, as my songs had given her the impression that I would be dour and sad. This seemed to me at once insane and entirely understandable. Scowling, serious-looking headshots and album covers were the norm for a long time in the music business. Smiles signified triviality, and bad behavior was understood as an indication of artistic legitimacy. A major label artist once told me that he intentionally snubbed the longtime president of his label, immediately and perceptibly enhancing the executive’s interest.

I thought about consumer expectations when I spoke recently with author Lauren Morrill. Lauren writes for a younger audience, and she says this means people often categorize her writing as frivolous.

“People will ask, ‘Are you ever going to write a book for adults?’” Lauren told me. “Like that’s what makes you a real writer.”

Cultural prejudice around YA literature, Lauren says, means that many people think it’s not worthy of respect. Somehow the work cannot be both for young people, and serious and important. “Hearing from a teenager who will email and say ‘I never really liked reading for fun until I ran across your book.’ That, to me, means way more than being accepted in the ‘literary societies,’” Lauren says. “Though ask me if I ever win a National Book Award someday, and I’ll be like, ‘No, no, that’s much better!’”

You can hear a story of humiliation from Lauren’s teenage years in the newest episode of SongWriter, along with new songs written in response by Justin Cutway and Vinson Muhammad.

Ben Arthur is the creator and host of SongWriter. His current single is Halfway Home, and you can follow him @MyHeart on Twitter and @BenArthurMusic on IG. 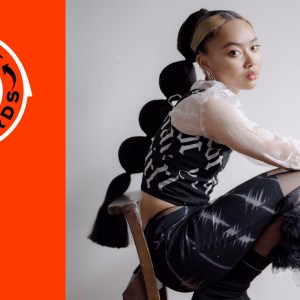 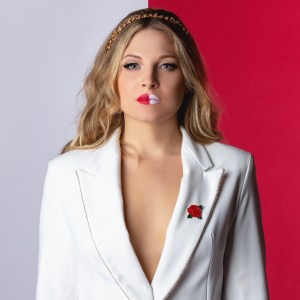