In piecing together Crazy, ROZES was exploring the more unstable side of love, the impulsiveness, how it can make one question their own sanity, and how emotional women are often labeled “crazy.”

“I wanted to show every emotion inside of me and say ‘so call me crazy,’” ROZES tells American Songwriter. “Every song on this EP shows the empowered, the nervous, the confident, and the self conscious person I am all at once.”

“Crazy” was actually written just after the anthemic “Halfway There”—one of four tracks on Crazy previously released in 2019—and ultimately set the theme for the remaining songs that would make the EP, says ROZES. “I knew I wanted it to be this mix of emotional madness that I carry,” she says of the title track. “It felt right releasing it last as the bow on top.”

For the Philadelphia-bred ROZES, everything has been moving since her 2014 debut single “Everything” and later collaboration with The Chainsmokers on 2015’s “Roses.” Since her debut EP Burn Wild (2016) and 2018 follow up I Don’t Know Where I’m Going, But I’m On My Way? ROZES says every project has led to her developing her identity as an artist.

“I would say that with every moment that passes I am becoming more me,” says ROZES. “I am still committed to vulnerability and showing just how human I am, but I am more confident in my words and in who I am.”

She adds, “I do feel like my sound is ever-changing but I think the future of my music will be a mix of each of my EPs—energy, honesty, big vocals.”

Moving through the remainder of Crazy is the synth-pop spark of “All Up in My Head” and the closing balladry of “Call Me.” On “Walls,” ROZES pulled in singer-songwriter Mat Kearney, a collaboration that was somewhat of full-circle moment since she would often listen to his 2009 release City of Black and White on her high school bus rides. “When we got into the studio together we both seemed to be in a headspace where we felt up against a wall (all puns intended), which gave us the inspiration for the song,” says ROZES. “I felt like we were both in a place artistically that would mesh well together.”

Following the release of Crazy, ROZES is adjusting to Zoom writing sessions, lining up collaborations, and prepping to release more singles. “I don’t have a specific plan yet, but… I’m excited for the journey ahead,” says ROZES.

ROZES hopes “Crazy,” and the remainder of the EP somehow helps people who are lost in their emotions or feeling alone. “I want my listeners to know how normal it is to be emotional,” she says, “and how empowering it can be to allow yourself to feel.” 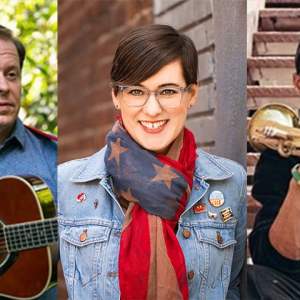