As the lead singer for The Tragically Hip and as a solo artist, singer-songwriter Gord Downie became one of the most iconic Canadian musicians of the last 30 years. But when he went into the studio in July 2017, he knew he was likely recording his final batch of songs. Diagnosed with a terminal brain tumor, Downie passed away just three months later. Now, that recording session will be released as a double album, Away Is Mine, on October 16 (via Arts & Crafts).

During a recent conference call from Canada, Downie’s younger brother Patrick Downie and his longtime musical collaborator Josh Finlayson (who worked on Away Is Mine) discussed his life and legacy. Releasing Away Is Mine, Finlayson says, “serves as a real opportunity to grieve Gord. Now, with the time that’s passed, I think it feels very rewarding to be sharing this gift that Gord left the world.”

Regarding the three-year gap between this album’s recording and its release, Patrick Downie says this done was because Downie’s family and friends “really wanted this record to come out at a time when it would get heard, because we know the impact and effect it had on us, and we just wanted to make sure as many people got the chance to hear and experience it themselves.”

Despite Downie’s ill health at the time, Finlayson recalls that creating the songs for Away Is Mine was a good experience. “The whole premise of the record was based on this open C tuning that Gord used a lot, [so] we discussed the idea of using this tuning as this template of writing some songs together,” he says.

When it came time to go into the studio, Finlayson says they did have to take Downie’s condition into consideration – “His illness affected his short-term memory, in particular” – but they found ways to mitigate this. “We were pretty prepared,” Finlayson says, though he adds that this actually was typical for the way Downie had always worked. “He was a real dutiful and focused guy.”

Because of this careful planning, recording Away Is Mine took just four days. Again, though, this approach may not have been so much a result of Downie’s illness as it was just his natural way of doing things. “One of Gord’s favorite records of all time was [Van Morrison’s] Astral Weeks, which I think was recorded in five days,” Patrick Downie says, “so it was always a goal of his to be able to work quickly and efficiently. Just trust what’s coming through and get it down.”

Away Is Mine is unusual in that it contains both acoustic and electric versions of each of the ten songs. “At the end of that [recording] process I asked for the acoustic mixes, just really to have them as a keepsake for myself,” Finlayson says, “[but] once we listened to them and lived with them, it just felt like it was a nice contrast.” Also, he adds, including these acoustic versions gives listeners “insight into Gord’s writing process.”

Finlayson – who first met Downie in 1990 when his band, Skydiggers, opened for The Tragically Hip for a few shows – co-wrote song and played guitar on Away Is Mine, as he had done on almost all of Downie’s solo albums. Other longtime friends contributed to the album, including producer Nyles Spencer, Travis Good of The Sadies (on fiddle, mandolin, and guitar), as well as Dave “Billy Ray” Koster and Lou Downie (Downie’s son) contributing drum parts.

“One of Gord’s great strengths was his ability to be present as a songwriter, recording artist and performer,” Finlayson says. “I think he really worked hard to always be present when he was doing this stuff. He prepared pretty meticulously for it. The people he surrounded himself with, whether it was the guys in The Tragically Hip or the other collaborators he used, I think he gave people a lot of license to be themselves and empowered them. I really think it’s a great reflection of Gord’s collaborative skills and the trust he put in people to be able to spread their wings and be creative along with him.”

According to Patrick Downie, his brother was always this type of natural leader: “I guess you could say I idolized him the way a lot of younger brothers would their older brothers. He was quite an athlete. A hockey goalie, in particular. His team won the Provincial Championship when I was a kid. Looking back on it, he always seemed to possess this ability to draw everybody’s attention. He seemed to have some kind of special aura.”

While Downie excelled at many things, his chosen career as a musician was probably due to his parents’ love for music. “My dad was always singing when he was in a good mood. My mother would walk into the room dancing if you had something on the radio that she liked,” Patrick Downie says of their childhood in Kingston, Ontario. “Even later in life with our own families, we love to have dance parties. I think it was our way of expressing our love of music.”

Downie would go on to form The Tragically Hip in 1984. They released 13 albums, nine of which went to Number 1 on the Canadian charts. They won 16 Juno awards (the Canadian equivalent of a Grammy). Concurrently, Downie had a successful solo career, starting with the 2001 album Coke Machine Glow. Away Is Mine will be his seventh solo album release.

Finlayson offers an explanation for why Downie became so revered (in Canada, in particular), not just for his music, but as a man: “He was very dedicated to everything he did. His family, his friends, his audience. He really cared. He wasn’t perfect by any means, but he aspired to be better all the time.

“I think so much of his life was reflected in his work, and his work reflected his life,” Finlayson continues. “He was a real conduit in that way. I think this record is very much a great example of all of that. I think that’s part of why it’s a gift.” Now, with Away Is Mine’s release, Finlayson says, he and Downie’s family and friends feel “gratitude to be sharing Gord’s last recordings. It feels like a great way to honor him.” 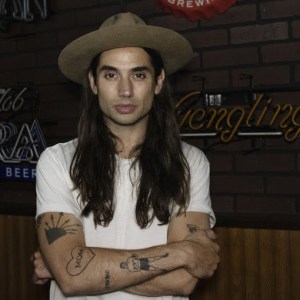 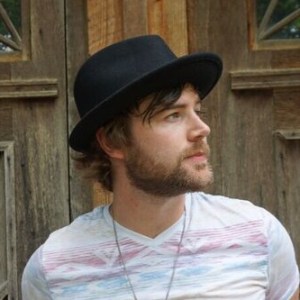