Once he moved from Rhode Island to Nashville, Johnny Gates was finally enveloped in the musical world he always craved. Everything was a wild ride, one that drove him far from Music City then back again. His band Runaway Saints landed a major record deal, then eventually parted ways with the label to make a fresh start in Los Angeles. Life in LA was a major turning point for Gates, who then parted ways with the band and started exploring his own solo career, releasing his first single “Loretta Lynn.”

Written while still loving in Los Angeles, ”Loretta Lynn,” fused Gates back to his country roots. His slow-brewed ode to Nashville, in the name of the legendary singer, wholly represented his true musical essence. Reflecting on his love of Nashville, Gates played one last show at the Troubadour and bought a one-way ticket back “home” to Nashville.

“When I moved to Nashville, I was fortunate enough to spend a lot of time writing songs on Music Row with writers I looked up to, and I was able to learn the craft of writing songs,” Gates tells American Songwriter. “Living here once again, I’m just constantly reminded of the sacrifices artists and writers have made to be here, and it keeps me humble and hungry to keep going.”

Reflecting on all the moving parts of his musical career, Gates penned “Loretta Lynn” and “Buy You A Beer.” Offering more levity, the more country-pop “Scotch Tape” deciphers love and all its obstacles—and taping it back up again— with Gates singing When we drink it’s a little too much / When we fight we wake the neighborhood up / Even if we break, we got you and me a little scotch tape.

“I really wanted to describe a relationship that was just a little different, or rough around the edges, in the best way,” says Gates. “As a musician, those relationships look different to some people, but even through the craziness, and the time apart, etc, we always get through, because of what we have, which is that little something extra that’s holding it all together. And even after a fight or a tough night, that’s the stuff that brings you back.”

Written in August 2019, while Gates was in LA, “Scotch Tape,” along with single “Buy You A Beer,” was recorded with friends Lauren Luiz and Tyler Thompson of the band Wild, at their Highland Park studio.

With this new batch of solo songs, Gates hopes to open a new chapter, musically, in Nashville. He also wants to somehow capture the spectrum of his live shows, where the room is completely silent, which he admits is the ultimate high for him when performing.

“Those types of songs are the foundation of this project, but I also wanted to have stuff like ‘Scotch Tape,’ to show the other side of myself as an artist and writer,” shares Gates. “I’ve always enjoyed trying to write hooky choruses, and compete with what’s at radio. Finding the balance of both worlds, has always been a goal for me.”

Right now, Gates feels like everything has come full circle. “I moved to Nashville the first time, chasing country music, but to be honest, I was still kind of figuring out what that actually meant to me,” says Gates. “It took a few years of writing and recording in apartments, and playing around Hollywood to figure out what I wanted to do, and eventually it led me back to Nashville, chasing country music again, but this time, I know exactly who I am, and exactly what I’m trying to accomplish.”

Citing a Butch Walker show at Hollywood Forever, which shifted his perspective as a solo artist, Gates says his live shows have been another revelation, and evolution, as an artist. “I started to craft my own set and write songs that I knew would work in my set, and that’s when everything really started to click for me,” he says. “It was the live show, that really started to open doors for me again, and led to what’s happening for me right now.”

Gates adds, “As a songwriter, I finally became confident in what I bring to the table in Nashville. I was always worried about being too different, but now I realize, that’s the stuff that sets the special ones apart.” 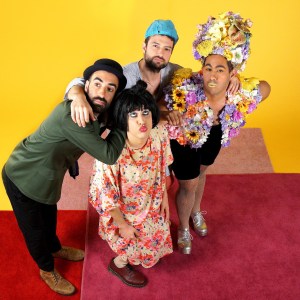 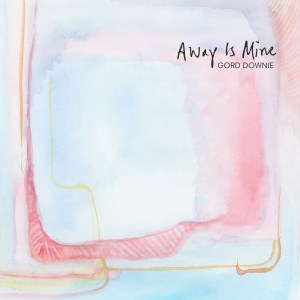