Convened in a “haunted house” in New Orleans, The Tragically Hip were still riding the high of their 1989 debut Up to Here as they began working on a follow up, tentatively titled Saskadelphia, named after the band’s extensive touring—anywhere between Saskatoon, Philadelphia, and beyond. Working through the tracks of what would later get rechristened as Road Apples, at The Kingsways Studio in the French Quarter in New Orleans—a past Prohibition-era restaurant-turned-studio (by the 1990s) originally built in 1848 and known to house the spirit of its proprietor Germaine Cazenave Wells—The Tragically Hip recorded their 1991 sophomore album, cutting five songs from the final track list.

First retrieving the tapes in 2020, following a New York Times story the previous year that originally listed The Tragically Hip among the artists who lost their music in a Universal Studios fire in 2008, the band started searching for Saskadelphia and unearthed two-inch, unlabeled tapes, which were safely moved to Canada years prior to the fire. “We feared that we lost all our material,” Sinclair tells American Songwriter. “Then we started to think ‘now’s the time,’ and we discussed it amongst ourselves. I know Gord would be totally into it. In fact, I’m positive he would be into it.”

Returning to the original Saskadelphia recordings, the EP features fives songs recorded during the band’s 1990 Road Apples sessions in New Orleans, moving through the injectable funk and groove of opening “Ouch” through “Crack My Spine Like a Whip,” a track the band often used to open their set and unbridled “Reformed Baptist Blues.” A sixth track, “Montreal,” was recorded live during a 2000 concert at the Bell Centre, marking the 11th anniversary of the 1989 massacre at the École Polytechnique—the second mass shooting in Canada at the time—and a song the band continued incorporating into their setlist long after. “We had a deep emotional connection to that event,” shares Sinclair, “and it still resonates.”

Left with various versions of material that eventually made it onto the album, many were cut including the songs of Saskadelphia and alternate versions of Road Apples tracks like an acoustic version of “Fiddler’s Green” with just guitarist Rob Baker and Downie singing.

Saskadelphia captures a pivotal moment three decades earlier, one never forgotten by the band. “It was really hard for me to listen to without choking up the first time I heard it,” shares Sinclair of the EP. “It was just a different time, but that’s the beautiful thing about making records for a living. It does harken back to a time and place when it’s done right, which is really important.”

Mining through all the lost recordings and hearing Downie’s voice again was bittersweet, says Sinclair. “It’s been creative, and energizing and very emotional at the same time,” he says. “It’s cool to hear us playing as young men and hearing Gord’s voice as a young man, just sort of when we were all coming into our own as a writing unit, and when five or six days a week we were packing ourselves into these sweaty rock clubs and having the time of our lives. I missed that, but it’s been great going back and listening and reminiscing about that stuff with the fellas.”

The songs of Saskadelphia capture The Tragically Hip at a prime moment, trying to offset the “sophomore jinx” of a second album. “It’s the classic story where you have your entire career to write your first record, and then you have a year for the second,” says Sinclair. Leading up to Road Apples, and following their extensive tour, the band were coming into their own as a stronger writing unit.

“It was a golden age in music, and we found ourselves in a really good place in terms of what we were trying to do and instructed by other groups around us,” says Sinclair of the time when Road Apples was made, just as a new alternative movement was igniting the early 1990s.

In the midst of all their traveling, writing evolved into more of a collaborative effort, and Downie began chronicling all their individual fragments into songs. By the time the band arrived in New Orleans, they were armed with 17 to 18 songs and continued to write while recording Road Apples.

“Gord really just leapt heads and tails above myself or Paul, in terms of the way he was able to chronicle our collective experiences, and then work his journaling and the way he was writing into the sets, and jams, and in the middle of the songs while developing his lyrics,” says Sinclair. “It was really an amazing time. The musical ideas were coming fast and furious. Gord was able to put lyrics on top of things just as fast and furiously, so it allowed us to accumulate a lot of material.”

Listening back to the tracks of Saskadelphia, Sinclair is surprised that none of them originally made the album. “There was some really good stuff there and then you kind of realize, in the case of ‘Ouch,’ and another song we came up came up with called ’Twist My Arm’ [on ‘Road Apples’], which we wrote while we were in New Orleans and had that funk rock kind of vibe.” The band decided to cut out “Ouch,” never returning to the song.

Looking back on the band’s story, nearly 40 years after forming in Kingston, Ontario, Sinclair says their albums are markers of how The Tragically Hip evolved as a band over time.

“We were friends before we put the band together, and I will always put the music aside and think in terms of our relationships, and how they evolved over time, and how our families expanded over time, and how our greater family expanded over time,” says Sinclair. “In retrospect, we just had this wonderful life where we kind of flew under the radar. We were successful enough to be able to continue making records, but we were never too successful that anyone on the business side meddled with what we were doing, so we found ourselves living this 18-month, 24-month cycle where we would write a record, hang out and make music together, which was just wonderful.”

Sinclair remembers Downie’s spirit, which emanated the band. “He was always full steam ahead, and always brought that energy to the group,” says Sinclair. “His younger brother Patrick sits with us during all our all our meetings. I’ve known Patrick, since we were in high school and we would never have proceeded on anything like this without the blessing of the Downie family.”

In terms of curating The Tragically Hip legacy, the band continue to archive more lost tapes retrieved in 2020, for later release. “These songs deserve to be heard,” says Sinclair.

“It’s mind boggling,” he adds. “It’s so cliche, but time does really sail by. The amazing thing about going through this process of assembling ‘Saskadelphia’ is that it’s like a time machine. The studio had such an amazing vibe, and it literally was haunted. You walked into the place and it was just unbelievable. It’s impossible to describe seeing the cross from Marie Laveau’s crypt. It was the perfect place for us to be at that time.”

Working with the late producers Don Smith and Bruce Barris, also solidified the atmosphere around Road Apples. “They just created this perfect vibe for us that to extract performance from us,” says Sinclair. “I listen back with nothing but gratitude. I think of Bruce, Don, and specifically Gord just as we were embarking on this adventure. We were just so grateful to have the chance to make a second record, and it’s funny to be talking about it 30 years later.”

He adds, “We always had very limited ambitions. We just wanted the chance to do it again, and the chance to gig again, and we never really looked beyond the horizon of an album cycle or a show. It was just here we are now. I would give anything to be still doing it.” 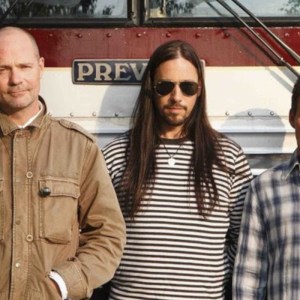 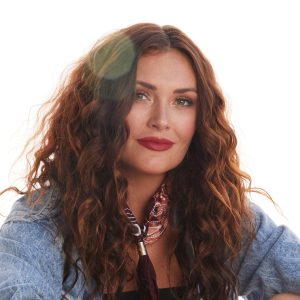