“It feels like it was five minutes ago, and 1,000 years ago at the same time. I can’t decide which way I feel about it. Imagine analyzing something you did 10 years ago. It’s weird.”

Reflecting on the 10-year anniversary of AWOLNATION’s debut Megalithic Symphony and its groundbreaking single “Sail,” Aaron Bruno is just content that his biggest hit is actually a song he likes.

“If it was a different song from that record, it might have been annoying, but ‘Sail’ just came out of such an honest expression of emotion, and it never gets old to play,” says Bruno. “I really love the song. It’s very honest, and it brings so many people happiness and joy when we start playing that song live.”

To celebrate the 10th Anniversary of the album, the deluxe edition of Megalithic Symphony features three previously unreleased b-sides (“Cannibals,” “Wichita Panama,” and “I’m No Good”) and six live performances. The remainder of tracks and remixes (five of which are centered around “Sail”), reimagined by nearly a dozen artists, including Kendrick Lamar and Ab-Soul, Wale and Samantha Ronson, Innerpartysystem, Thomas Turner, and Robert DeLong, were originally included in the 2013 Deluxe release of the album.

Thinking back, there was never a method around writing the first album, or the three that followed. “I’ve never really had rules on how or why I’m going to write,” he says. “A song just presents itself either out of thin air or somewhere. Luckily for me, the first album took off, so I’ve always sort of followed the formula of having no formula whatsoever. It’s just wherever the wind takes me as far as writing goes.”

Bruno adds, “I didn’t look at the songs that were more successful than others on that record, or the other record and try to follow that, because I don’t know how those songs came to be to begin with.”

Following the recent release of AWOLNATION’s fourth album, Angel Miners & The Lightning Riders in 2020, an emotional narrative inspired by the 2018 Woolsey Fires and shooting at Borderline Bar & Grill in Thousand Oaks, California—featuring Weezer’s Rivers Cuomo, Alex Ebert of Edward Sharpe & the Magnetic Zeros, and Grouplove—Bruno couldn’t celebrate what he just created in a live setting, so returned to making something new.

“I feel really grateful to be such a fan of music, in general, and have that place to escape from reality, and how writing songs can be therapeutic, but just the fact that I love music so much,” says Bruno. “When I’m done making a record, I usually enjoy taking a break from writing and sort of letting the songs get out in the world and riding that wave, but this was like no other time before. I wasn’t on tour to exercise the sort of celebration of the songs with other human beings in a room together, so I immediately put my head down and starting to create various projects.”

Getting back to the beauty of music, one of the projects Bruno explored was Megalithic Symphony a decade later, along with bonus tracks like “Cannibals,” ‘Wichita Panama,” “Some Kind of Joke,” and “Everybody’s Got a Secret,” which he’s had locked away for years. “It was weird to go back and listen to some of the songs,” reveals Bruno. “Some of these bonus songs are songs that I had for years that I just didn’t feel comfortable releasing for whatever reason.”

Off tour and home for the first time in a decade, Bruno says he was able to focus on his craft, which helped him combat most of the fear and uncertainty surrounding the past year. “I’m constantly trying to figure out how to better cope with whatever is going on,” shares Bruno. “There’s so much darkness in the world and how we address it is what makes us who we are. I find that sad songs can resonate with me just like a lot of people, so I lean towards writing sad songs. Even if it’s a lively feeling song, there’s usually some sort of sad lyric in there.”

Recently appearing on Yung Bae’s “Disco Body Parts,” and releasing the video for his Angels, Miners… track “Radical” with Grouplove, Bruno has a batch of new songs and a covers project in the works. “I decided to do this project where I asked different artists to join me on various cover songs I’d always wanted to do, so I’m in the process of finishing that up,” says Bruno. “At the very least, I’ll have another full album this year.”

Reflecting on the past 10 years, and constantly focused on the future, Bruno is hopeful for a more enlightened days ahead. “Hopefully we’re looking better as a group of people as time progresses,” he says, “and we can all see the light at the end of the tunnel.” 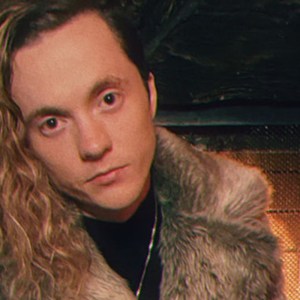 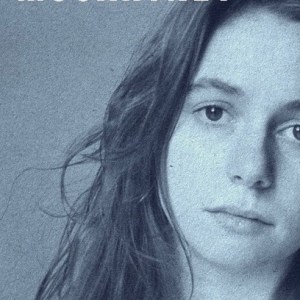