“Hey, look how low I’ve sunk/Don’t ask me to rise,” so pled Maria Taylor and Orenda Fink of Azure Ray twenty years ago on the song “Rise,” one of the many whispery weepers found on their superb, self-titled debut album. Born of profound personal tragedy and performed by two artists who really didn’t have a plan other than to try to get to the bottom of their grief, it was a record that made an impact then and continues to influence some of the top singer-songwriters today; take a listen to the hushed recent efforts of Taylor Swift and Phoebe Bridgers as examples.

To celebrate the anniversary, the Azure Ray album is getting a vinyl release. Taylor and Fink also curated a photo book spanning the band’s career for the package, which also includes the previously unreleased track “Witches” from those initial sessions. The duo recently spoke to American Songwriter about the origins of the album and how they changed styles on the spot to deal with their emotional tumult.

“We had a band called Little Red Rocket, and that was when we were coming into our drinking age and it was just all about partying and drinking and having fun,” Taylor recalls. “It was a pop-punk band. And we would travel and tour and we were having the times of our lives. My boyfriend at the time, he was in the van with us, and after a show he passed away in the van.

“At that point, we never wanted to play those songs again. It just changed every aspect of our lives,” she continued. “These songs that turned into the songs for the first record, they were our therapy and it was how we were mourning and grieving and how we dealt with it. And that was how Azure Ray was born. It was unlike any music we had been making before that. It was how we were dealing with our pain.”

At a memorial show for Taylor’s deceased boyfriend, they played the new songs they had written and were immediately approached to record them for Warm Electronic Recordings and producer Eric Bachmann, known for being the frontman for Archers Of Loaf and Crooked Fingers. The duo credits Bachmann’s vision for helping shape the new songs into a set that was somehow diverse and unified all at once.

“The grief was the biggest influence on the songwriting,” Fink says of the feel of the Azure Ray record. “I think there was something about the way our voices worked together, combined with that genuine sadness that we were going through. The vocals took the lead on the vibe. And then Eric Bachmann took that vibe and he created that soundscape. He made each song its own world. But somehow it still stayed cohesive.”

Taylor explains that the pair was anything but scientific about their decision-making process. “We just always laugh about our blind faith,” she says. “The fact that we said yes even though we had never heard anything that Eric Bachmann had ever done. Now when we listen back to Archers Of Loaf, it was nothing like we were doing. That’s just how we roll. Our impulsive nature has gotten us in trouble a lot of times, but this was one where it really worked out. His production really helped define Azure Ray.”

The duo often harmonized pristinely on the songs, but never succumbed to vocal theatrics. “When I listen back, I almost feel like that’s what makes it even sadder,” Taylor says. “We were so young and I feel like we were still in shock when we were writing these songs. You can kind of hear that even when we play live, sometimes how the space is more powerful than the notes we’re playing. It’s kind of like that with our voices: How we understate it, I think, is a little more powerful and has more emotion somehow.”

As the duo worked through shimmering slow-burn tracks like “Sleep” and “Safe And Sound,” they both realized they were onto something special. “I was blown away,” Taylor says. “I remember thinking that this was the very first time in my life that I was part of a record that sounded like something like I would want to listen to in my home in my own time.”

“It never occurred to me that we could make beautiful music,” Fink says in agreement with her musical partner. “It was beautiful and that was the first thing that I’d ever heard that we had done like that. Part of our impulsive nature was we weren’t even really thinking beyond the moment that we were in at that point. We weren’t thinking about how it would be received or would it even be received at all. We just didn’t think about that. I don’t think we ever had a conversation about it until we had finished the record, put it out and thought about touring. It was an organic process that just kind of unfolded.”

As for touring, Taylor says that their new style required some adjustment from the fans in their home base of Athens, Georgia, who knew them from their previous incarnation. “At the very beginning, we had to get used to going from being a very loud rock band, where everyone is partying and having a great time, to this really quiet show that required everyone in the room to be quiet. And in Athens, they weren’t used to that with us. People were like, ‘What, we have to sit here and be quiet?’

“Once we got on the road though, people were very, very respectful. And we knew that we were doing something unusual because we were asking a lot from the audience. When we started playing our own shows, they would be filled with people who were there to cry. We could hear a pin drop.”

The timing of this vinyl reissue couldn’t be better for the pair. Fink explains that there was a time when she thought what Azure Ray was doing with their music was going out of style. “20 years is a long time,” she laughs. “And there was a period in the last decade where songwriting took a very strange turn. I thought, ‘Oh, my God, are we outdated forever?’ And now, lo and behold, it’s swung back around to us. I’m very happy about it.”

Taylor also explains that Azure Ray has more in store than just celebrating their rich past. “Orenda and I are working on a new record and we’re really excited about it. I feel like that first record was so emotionally charged because of what we were dealing with at that age. And right now, I think everyone on this planet is dealing with so much. So I feel the same sort of emotional charge in these new songs that we’re writing.”

The members of Azure Ray also believe that it’s better late than never that the mesmerizing melancholia of that debut is finally getting the vinyl treatment it so richly deserves. “I know so many people who have been dying to get this record on vinyl,” Taylor muses. “We’ve been asked for so many years to do it. To me, that’s exciting. It’s a physical, tangible, classic expression of the record. Listening to it now, with the crackles and how warm it is, this record was made for vinyl.” 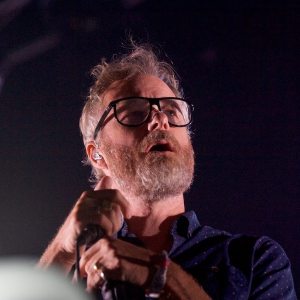 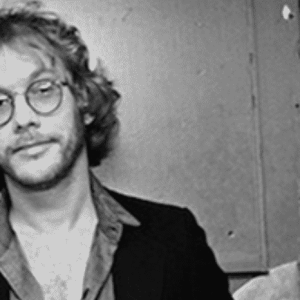