Some groups that have been at it for forty years and sold over 30 million albums might understandably at some point lose the drive and spark that sustained their career. How then to account for Bananarama? The legendary group keeps rolling with their signature blend of dance-pop on their new album Masquerade, which is filled with songs that sound as vital and enchanting as any of the massive hits they released when they first began.

For the past 30 years or so, Bananarama has consisted of the founding duo of Sara Dallin and Keren Woodward. Just a few years after writing their autobiography, the new album, which is out now, proves that theirs is an ongoing story. American Songwriter had the chance to talk to Dallin recently about making the new album, writing for their fans, and holding on to their relevance for four decades.

American Songwriter: From what I understand, you had initially planned for Masquerade to be an EP. What changed your mind?

Sara Dallin: We hadn’t had an album for ten years until we did the last one In Stereo (released in 2019.) And then we went into lockdown, so live work was canceled. So we wrote a book in the first lockdown in the UK, our autobiography (Really Saying Something: Sara & Keren – Our Bananarama Story.) And then in the second lockdown, we were going to just do an EP to put out at Christmas. But we just kept writing and that’s how it turned into an album. I would do an album a year if I could. I just love writing songs. It worked out well for me.

AS: What’s the songwriting process with you, Keren and producer Ian Masterson all contributing?

SD: We speak to Ian and discuss maybe a rough idea of which way we want to go. We like electro-pop. We write pop songs. You can mix them in any way you want. But it’s the chords that are important. Once Ian gets the chords down, we get the most basic tracks. I actually really like working on my own on them to just get my ideas and Keren will work on her own as well. I really love writing lyrics, so a lot of the lyrics are mine.

Once I get the backing track, I have to imagine the melody because it’s quite a basic track. Then we take it to the studio and we’ll work on it together. It’s usually the same format. I wrote at home on my own and then we pool ideas.

AS: How was it working with your daughter (singer-songwriter Alice D) on some songs for the album?

SD: I wrote three tracks with my daughter. And we covered two of her songs that she had on previous EPs. “Favourite” was a particular favorite of Keren and mine from about four or five years ago. We loved it so much that we just thought, ‘Why don’t we just cover it?” And that is one of my favorite songs on the album.

It wasn’t even planned. I’d never even thought of writing with her, because her music is really R&B/pop, and she has a really husky voice, it’s more like a Sade type of thing. But I’ve always loved her lyrics, just the way she scans things is very different to us. And the way she writes songs I really like. We happened to be in lockdown. She was in my bubble and we had these backing tracks and we just tried a couple of things. And we just bounced off each other and it was really easy writing with her. I really enjoyed it.

AS: The songs on Masquerade work as being just fun and danceable, but they also reward the deeper listen. How do you strike that balance?

SD: I don’t think I ever analyze it in any way at all. I just write the song and you can mix it in any which way you like. To me, the lyrics are really important. I love telling a story, and I think it’s quite an art form to tell it within x amount of lines. Like, ‘Ok, what are we doing in the first verse?’ And then the chorus is either full of hope, or it’s a disaster. You’ve got to tell a story in a limited space of time. We like stuff you can dance to, and obviously, remixes make it even more club-friendly. I think there’s a ballad in there as well.

AS: It feels like some of these songs could be read as direct messages to your fans. Was that intentional?

SD: I think a lot of that came out of COVID. You were surrounded by TV and media. You couldn’t really go out. And there were a lot of conversations about the hardships that everyone was facing. “Waiting For The Sun To Shine” was just trying to be positive about we’re going through hard times, but eventually the sun will shine. However cliché that sounds, that’s how I was feeling when I wrote this. “Masquerade” was a lot of things about inclusivity, diversity, the transgender thing where you can’t be who you want to be and you’ve got to hide it in masks. I just felt why can’t people accept people for who they are?

There was a lot of nostalgia there as well because I guess COVID gave us time for reflection. “Forever Young” was about my and Keren’s friendship since childhood and school and all our adventures together. It was the kind of thing where you look back and think about all those adventures you have and still have. It was quite introspective in a way. The songs were born out of the isolation.

SD: 40 years is quite … my God (laughs). We wrote the book the year before and delved back into our past and pieced it all together. We did a little bit about childhood, but then it was all about the milestones. And you realize how far you’ve come. Particularly as a female act, it’s much harder to navigate, to still be here at 40 years. We just played Kew Gardens, which is a huge venue in London, and it was absolutely rammed, every hand in the air, and you just think this is absolutely great. We stood the test of time and we have a great body of work. We’ve had the highs and the lows, but we still enjoy doing it. It’s something to celebrate for us.

I think the good thing is that women are getting more of a chance. There are more opportunities for us. What we might have struggled with in the past is maybe easier for women now, with more live opportunities as well. Obviously, we’re really grateful and happy that we’ve been able to make music for 40 years and still have a certain relevance. We just love making music and we do feel grateful that we’re still here doing it. Because it’s the only job I’ve ever had since I left school. I’d probably do gardening or something because I’m not really sure what else I could do (laughs.)

AS: Sometimes groups break up because people lose interest, but sometimes they can’t get along. To what do you attribute you and Keren having that staying power?

SD: I think it’s inevitable when you put different people into a group that some are going to go one way and some will outgrow each other in other ways. But for Keren and I, we’ve been best friends since we were kids. We went to school together, we left home together, we formed the group together, and we traveled the world together. We’re best friends. We’ve got that sense of humor, that drive. We know each other’s families. It’s just that bond that we don’t fall out. 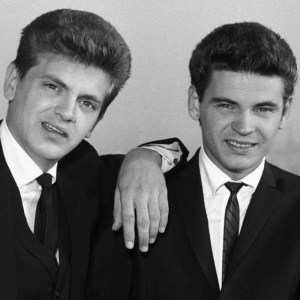 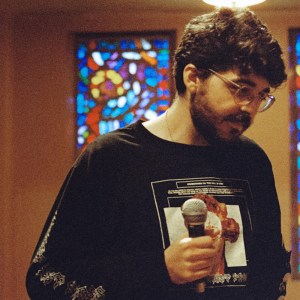