Though clearly a compilation, Hey Doll Baby boasts 17 songs that aren’t always top of mind when delving into the Everly Brothers’ lingering legacy. Overseen by Adria Petty, Tom’s daughter—and, who like her dad who’s referenced repeatedly in her liner notes, an obvious Everlys devotee—it mostly surveys deeper cuts that reflect the siblings’ rockabilly roots. As a result, the vinyl has a two-fold purpose—a literal ‘A’ and ‘B’ side as it were—one that assuages casual fans and newcomers to their fold with big hits along the lines of “When Will I Be Loved,” “Walk Right Back,” “’Til I Kissed You,” “Cathy’s Clown,” and “Love Hurts,” as well as various covers (“I Walk the Line,” “Maybellene,” “Baby What You Want Me To Do”) that give greater insight into their influences and origins.

Naturally, there’s not a weak entry to be found anywhere, and yet those who might want to opt for a true greatest hits, or better yet, a full anthology, would be best advised to check out the superb Rhino box set, Heartaches and Harmonies, or at various least, any of the dozens of best-of offerings and live recordings that have flooded the market throughout the span of the last six decades. Still, given the fact that this is the first release to appear in the wake of Don Everly’s passing, it does bear some significance of sorts. It certainly serves as a reminder of the tender harmonies and sentimental sounds that were so instrumental in developing the softer side of rock and roll in the midst of the revelry that reigned around them. So too, as Petty, the Beatles, the Hollies, Simon and Garfunkel, and innumerable others so readily acknowledged, without the Everlys, popular music wouldn’t be nearly as seductive or stirring as it is today.

In that regard, Hey Doll Baby is a perfect primer, especially for the uninitiated. However, fans ought to enjoy it as well. After all, any Everly offering is well worth a revisit. 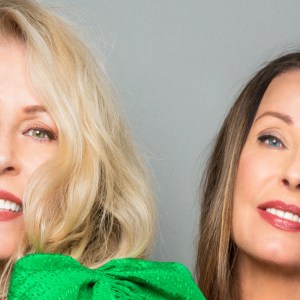