“I never had nobody and no road home / I wanna be somebody to someone,” howls Michael Nelson. Known professionally as BANNERS, the Liverpool musician ignites an anthem about desperation and human connectivity ─ perfectly capturing our collective unease in 2020. “Someone to You” was originally released three years ago, the lead-in to his 2017 EP, Empires on Fire, but it’s only now connected in a massive way on streaming. The song has also been used in the “Love, Victor” trailer, a T-Mobile spot, and the film “After.”

With nearly 183 million Spotify streams, the searing track, co-written with Grant Michaels (Sia, SZA) and Sam Hollander (Panic! At the Disco, Fitz & the Tantrums), bounds out of his soul, a soaring gospel shimmer stitched on the edges. “When you go back through all the serendipitous things that have to happen to even have a career in music, it’s mind blowing to think about them and the little connections,” muses Nelson over a Zoom video call with American Songwriter. “I guess this is another one, really. It’s such a strange time at the moment, and ultimately, it’s a song about wanting to feel connected to people and feel special. It’s uptempo, so maybe it’s a good distraction, as well.”

“Someone to You” became a viral hit on TikTok, as well, with hundreds of thousands of clips featuring the song. Admittedly, Nelson “had never really done TikTok before. I was aware of it, of course, but I had never really gone on there. You get emails from somebody saying something’s happening with you on TikTok, and it’s like, ‘Better download that, then!’” he says with a chuckle.

“When you make music, I’m very aware of making a difference to people’s day, and the fact that you can physically see them creating their art next to yours is such an amazing thing. You hope you’re making people happy,” he continues, “and then you can physically see them looking happy. In a time when you can’t play gigs, the fact that there is a very close connection to somebody who is sometimes thousands of miles away is a really special thing.”

Even such tangible results still feel quite surreal. “It’s a very odd time to have a song suddenly do a thing. The only way you have of experiencing it is via Spotify numbers on your computer and emails from your manager. It’s almost like being in a reality TV show like ‘Big Brother,’ in that there’s no way to physically know. It’s not like I can play these songs to people and have a big reaction. You’re just vaguely aware a good thing is happening. Hopefully, with every stream, it’s one tiny chunk of one person’s day that you’re making a little bit better. As long as you humanize these big numbers, then it’s a real honor.”

Last month, Nelson gave an interview with B-Sides TV, during which he mentioned he’d already been thinking about his radio-ready follow-up. Given such immense streaming success, thinking with such business sense seems right. “I think it makes you determined to make the most of it. Songwriting is best when there’s a focus to it. The parameters are so wide when you sit down to write a song, and you can be overwhelmed by the possibilities,” he explains. “You can also be overwhelmed by how stressful it is that you’re very aware that every decision you make is closing off a potential avenue you could have taking. I believe the phrase is ‘phase space,’ and you’re shutting off all the possibilities. Sometimes, you can almost have too many possibilities that you don’t really get anywhere.”

“Having a song do certain things on certain radio formats, it does help you focus your brain and how things can be produced and what you’d like to sing about next,” he says of the song, currently sitting within the Top 25 at Hot AC. “The other thing it does is give you the opportunity to write with songwriters you might not have done before. The last few months have been great. I’ve been doing a lot of really great songwriting sessions with a lot of really good writers.”

While he plays off naming any of those songwriters specifically, it really all comes down to the process itself, switching between hyper-creative days and full-on duds. “The difficulty is sometimes it’s a four-hour Zoom writing session, and you only need to go down the wrong avenue for half an hour and you’ve already lost an eighth of the session. For the sessions when you don’t get a good song, it’s not the talent of the people. It’s just how it goes. You can’t write a great song every session. That’d be exhausting.”

Nelson first emerged with 2015’s “Ghosts,” a darkly hazy, brooding number anchoring his 2016 self-titled debut EP, and even then, it was quite clear he was a songwriter with a distinct voice. Five years later, it all feels like a dream. “At first, I was just hanging on by my fingernails, really. There is really no preparation from writing songs in your bedroom, maybe to entertain yourself. You have the compulsion to do it. I started writing songs to impress a girl once,” he recalls. “That’s a very focused thing, but you don’t think anyone else is going to hear them. Maybe you have a vague notion.”

“Then, it goes from that to a great big record label waiting to hear the songs, and there are very professional songwriting sessions. It’s something you just have to learn how to do. When you’re first starting out, and writing with professional songwriters, they’re going to be more experienced than you and have had more hits or Spotify streams than you. It’s really easy to shrink. What helps is when you release music and it does whatever it does, you at least start to build your own confidence. If anything, you learn to be a bit more vocal with how you feel. That’s what the other songwriters want: they want you.”

Calling upon such pop storytellers as Coldplay’s Chris Martin and Guy Garvey (of English band Elbow), Nelson molds his reedy timbre into pensive songwriting, ripped right out of his gut and onto paper. As much experience he now possesses, he continues struggling with mental health and confidence as one of pop’s finest additions. “It’s a muscle like anything. I always have to remember that maybe you’re having a week where you’re just rubbish at it,” he remarks. “But I need to remember not to lose confidence in those weeks. You have to do the bad week to get to the really good week. It’s easy to lose faith and get frustrated with yourself.”

Nelson has long been a mental health advocate, often sharing his own personal stories on social media. Like many, it’s been a tough, exhausting, never-ending year. “The reason I’ve been trying to talk about it a little bit more is because everybody has mental health in the same way everybody has health. It’s important that we all look after our own. I get a lot of messages from people saying, ‘Thank you for this song. I was having a really hard time, and I heard it and it helped.’ The reason I write about my own is I want to say to people they’re not alone.”

“Everybody feels like this sometimes, and if you can talk about it, it’s all the better. I always thought I’d be really good on a deserted island, as long as I had a soccer ball with me,” he offers, laughing. “I was in my apartment in Toronto for a really long period of time, and it turns out, you need to hug people and be in the room with other people. At some point, it’s all going to come crashing in on you. That did happen to me a little bit.”

Nelson is now back in his hometown of Liverpool, nestled in a bedroom of his parents’ house. As you’ll imagine, it’s been a necessary step to reclaim his mental-health and feel re-energized. “I’ve been trying to see my friends whenever it is possible and allowed. It makes such a bigger difference.”

The ongoing global pandemic has also stricken on a much larger scale, particularly when it comes to arts and culture. The Guardian reported a “triple whammy” of funding cuts, spanning 12 years, which could leave various institutions incredibly vulnerable amidst the continuing health crisis. “Frustratingly, art and culture, at a time like this, come first when budgets are being cut across the country. It’s frustrating because it’s a complete misunderstanding of what art and culture do for people, which is make life worth living,” offers Nelson.

“The idea that art is somehow disposable in a time like this is so ridiculous. If anything, it’s a time like now when we need this stuff the most. Of course, we need to try to make people as physically healthy. That is the first priority. But mental health is the next priority. It’s so important,” he continues. “Music and art, as distractions to make us feel better, are the only way we’re really going to help people’s mental health. From a governmental level, there’s a huge misunderstanding of the importance of songs, movies, and theatre. There’s also a huge economic point to it, which is it earns so much money and tax. It funds bars and its own economy.”

As bleak as the music industry looks, Nelson gazes ahead to what’s next ─ even if he remains quite cautious. “You can never really plan too far ahead. Obviously, it’s important to make plans, but things just do change. I think there’s a real opportunity right now to write as many songs as I can and have as many options as possible. Then, just roll with it,” he says. “Nobody expected a pandemic to be happening, and I think I broadly would have been touring or at least visiting radio stations right now. If this year has taught me anything, it’s that there’s no point in making too many detailed plans too far ahead. What you can do is prepare yourself, mentally and physically, to be in the best place you can.” 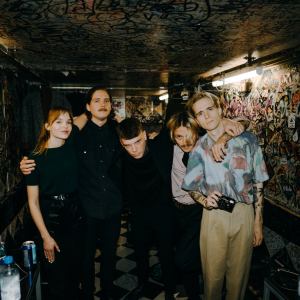 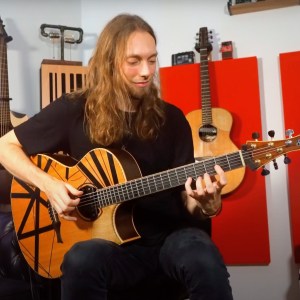