Singer/songwriter Donovan Woods finds familiarity in the melancholia of everyday moments. Sadness, for him, is an avenue for growth. Known for his curiosity about the human condition, he writes with a subtle ache about the small, impressionable moments. While the industry clings to happy and upbeat songs, Donovan stands his ground in being “the sad guy” who keeps writing sad songs. He continues with this process on his new EP Big Boy Hurt.

The JUNO Award winner is releasing his new 6-song EP, Big Boy Hurt, today (March 18) and it is the first record to be released on his own music label, End Times. The title riffs off a lyric from Martin Simpson’s “Never Any Good,” allowing Donovan to poke fun at himself for the continued focus on “negative” experiences.

“I write about them again and again, just hoping people will still be interested. So, the title is poking fun of myself, that I’m theoretically this big sad guy who keeps getting dumped and writing fucking songs about it,” he tells American Songwriter.

Releasing the EP on his own Toronto/Nashville-based label, he says was intimidating given the trends of “what’s in demand.” Donovan adds that Nashville, while an amazing city full of opportunity, is focused on upbeat, happy songs—a place where he just doesn’t fit.

“Nashville is what it is. It’s like it’s an amazing city for churning out a really interesting genre of music and the sort of the genre is expanding.,” Donovan says.

“But Nashville is like, I mean, the country music industry is what it is, you know, I mean, they know where their bread is buttered. It’s on happy songs, you know? And that doesn’t mean that can’t be great, happy songs” he continues. “And I just, I don’t really want to be a part of them. I would, I just can’t imagine what it would be.”

Despite writing sad songs most of the time, Donovan said he’s a pretty happy person these days. Art, for him, is a way to turn pain into beauty. There is beauty even in our lowest moments, and Donovan reserves his writing to make that transformation.

“I’m a relatively happy person now. I guess to me, art is a way to make something that’s not very beautiful, beautiful. Joy feels beautiful enough,” he says.

With the freedom of creating the record for release on his own label, Woods returned to a more “undone” quality on the EP. He wished to “get back to the feeling that my early recordings had,” such as the 2009 album The Hold Up.

Big Hurt Boy was recorded live – getting back to the magic of having all musicians in one room again. The stripped-back EP features songs where just Woods plays banjo and vocals—getting back to his roots and the simplicity of just being with musicians in a room.

Big Boy Hurt is out now and available on your preferred music service. Click HERE to stream/purchase the new EP. 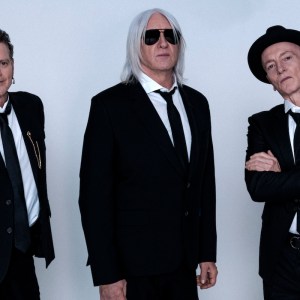 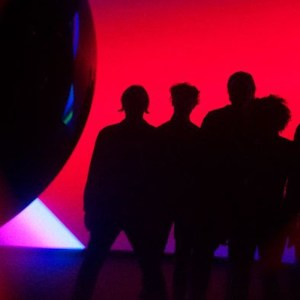