In 2020, one of the hottest memes on the real-world-depraved, quarantine-brained internet was Ratatouille The Musical, an ingenious—and, albeit, unintentional at first—monument to the creativity of the internet age. Dozens of TikTok users from around the world utilized their talents by writing, arranging, and performing a 12-song musical with the app keeping them all tied together. In the end, a track-list was canonized, an official cast was assembled and a benefit concert was held, raising over $2 million for The Actors Fund.

As this was all unfolding, many were taking notes… including the pop artist, Abigail Barlow, who began thinking she could try something similar. Living in Los Angeles and trying to make it in the business, she was reaching a point where she had heard the word “No” enough times for a lifetime. Then, watching the smash-hit television show, Bridgerton, for the first time, she quickly realized that she had discovered untapped potential—in the middle of the night, she texted her friend and collaborator, Emily Bear. By the next day, they were already writing what would eventually become The Unofficial Bridgerton Musical, which dropped as a full-length record on September 10.

Ultimately, the pairing of Barlow & Bear works out perfectly—with nearly opposite backgrounds, the two writers work swimmingly together. Bear was a musical prodigy as a child, having her first piano composition published by Hal Leonard when she was only 4 years old. By the time she was 10, she had played on Ellen DeGeneres’ show several times, performed for George W. Bush at the White House, and made a record produced by Quincy Jones. Barlow, meanwhile, didn’t start writing music until she was a teenager, at which point she moved to Los Angeles and tried to dive into the industry head first, quickly building an audience online.

Now, with The Unofficial Bridgerton Musical, Barlow & Bear—now 22 and 20, respectively—have been able to find their voices in a whole new way, launching their careers to soaring heights. Writing the musical live on TikTok, literally letting viewers take a peek into all the ups, downs, turmoils, and joys of songwriting, it became an instant hit. Millions—including celebrities and the cast and crew of Bridgerton itself—have streamed parts of the project. Many have even dueted with it, making for some pretty memorable moments.

Speaking with American Songwriter on the phone, Barlow & Bear gave even more insight into their careers, their partnership, and this life-changing project. Read the conversation below:

American Songwriter: Y’all both have pretty extensive backgrounds in music—albeit, in different genres—what has your vocation experience been leading up to this point?

Abigail Barlow: I started writing music when I was 15 or 16, and I loved doing it. I taught myself the ropes of pop production and loved using my loop station to write pop songs as a kid. I wanted to pursue it and my family was supportive of that. So, I kept writing and getting better just through experience and collaborating with others. Then I graduated high school early and moved to Los Angeles when I turned 18. I hit the ground running and tried to make as many connections as humanly possible.

All the while, I had a background in musical theater, and my love for performing never diminished. Then, during the pandemic, I decided to really put my head down and focus on honing my skills. So, I wrote, like, 50 pop songs last year and started leveraging my social media platforms to gain an audience organically, just sorta creating an audience of people who could watch me grow. That’s when I began writing on TikTok—ever since then, it’s been an incredible resource as a songwriter to have an audience that’s so accessible to me, and I’m so accessible to them. Social media has been such a wonderful thing for me. That’s been my journey up to this point.

Emily Bear: Abigail and I have very different musical backgrounds—one of the best parts of our collaboration is that we look at music in different ways. It’s so special because our skill sets are incredibly complementary. I started out playing piano, but I was always writing music. I started on the classical side, but then I discovered jazz—so I was always studying music while writing my own.

I had a musical career that went all over the place (and I’m terrible at telling it), but it started forming when I was younger. I met my mentor Quincy Jones when I was almost 8 years old and he produced an album of mine. I toured around with my jazz trio and played a few occasional concertos. Then, when I was 10 or 11, I wrote my first piece for orchestra, which catapulted me into the world of orchestration, film scoring and music for TV. I immediately fell in love with it. When I was 9 or 10, I started studying film scoring at NYU—and this was while taking classes on classical and jazz composition at Juilliard from 6 to 16. It was really when I started studying film scoring at NYU that I completely fell in love with that world. I had been sorta between jazz and classical, but in scoring, you can do it all.

So, I continued performing and writing music. When I was about 15, I started songwriting and fell in love with that too. Then, I graduated high school early, like Abigail, and moved to Los Angeles when I was about 16. We met around a year and a half later through some mutual friends. The first few times we hung out, all we did was eat pastries and watch The Bachelorette, but eventually, we started to write together and the rest is history.

AS: When did y’all first watch Bridgerton? What did you think?

AB: I watched Bridgerton towards the end of December of last year when it came out. My sister is an actress and she got a screener for it, so I knew it existed, but I hadn’t sat down and watched it yet. When I did, I became absolutely enthralled with the world they had created, you know? Especially with those beautiful string arrangements of pop songs… I was buzzing with inspiration because I was looking for a change. We were both in a place in our solo careers where we were really frustrated from hearing the word “No.” I texted Emily and was like “Have you binged Bridgerton yet?” She was like “No, I only watched the first episode.” I was like, “Well, you need to binge it!”

EB: Yeah, we’re also just quite literally the target audience for Bridgerton, so we were both binging it with the world as it was blowing up. It was also during the worst part of the pandemic during the winter, so it was seriously exciting to wake up every day and write music. It really worked for us.

AS: When did you get the idea to make it into a musical? What led you to actually sitting at the piano and writing the very first song?

AB: My friend who is a writer had come over the night before and showed me Ratatouille The Musical. She was like, “If you’re getting stuck, maybe you should try something like this.” I was like, “Ah, I don’t know.” But then, I saw Bridgerton, binged it in 12 hours, and ended up getting inspired.

AS: That was the first time you binged the show?

AB: Yeah, that was the first time. My friend had planted the seed in my head and then I guess about a week went by, actually, before I ended up watching Bridgerton. I was like, “This is the source material!” I was writing down little one-liners or fragments of dialogue that sounded like they could be song titles, just writing a bunch of stuff down, thinking about it all. The finale has the two main characters have this little talk in the rain where they finally understand each other, so I knew I wanted to start with that song and make it really powerful. With Emily’s help, we started turning it into the beginning of something special.

EB: Yeah, I got a text at, like, 2 a.m. from Abigail and it was an early version of “Ocean Away.” I was like, “This is fucking brilliant!” In the middle of the night, I grabbed my piano and started building it out. We knew we needed to get in a room and start writing together. In that time the show was blowing up, I think we wrote 8 songs.

AS: You mentioned being inspired by Ratatouille The Musical, which was put together by compiling various songs written by dozens of users on the app—what was it like to take that process to the next level and write an entire high concept musical while broadcasting it to the world?

EB: It was a pretty incredible experience to build this online community as we were writing. I don’t think either of us really expected the response to be what it was. The response to the first song was crazy. The fact that people wanted to sit and watch us write for four hours straight was mind-blowing. I feel like, as creatives, we kinda lose sight of the fact that most people don’t really know what it means to write a song. We wanted to lift back the curtain and show when it was bad when we were struggling when we were hitting our stride.

AB: Yeah, and I’ve been giving peeks behind the curtain of songwriting on TikTok since I was 16, doing livestreams and showing how I produce my music and stuff like that. So, I knew there was a draw to that… I just don’t think either of us were expecting 4,000 people to watch us on the first couple of livestreams, you know? They were just sitting and watching us create this thing from the ground up—it was a brand new experience. This TV show has such a loyal and wonderful following, they felt so incredibly involved in the best way and gave us so much to think about. It was a wonderful, collaborative experience with, like, thousands of people.

AS: What was it like to see the celebrity response?

EB: Yeah, I mean, we saw people who we’ve looked up to for years just pop up on our feed singing one of our songs. We’d be like, “Oh, this can’t be real.” It was incredible. Everyone’s dream is to have some massive artist just show up singing your song.

AB: Agreed, it was crazy. It was also great to see the response from the Bridgerton cast and crew. We were doing all of this without permission, just sorta creating a work of fanfiction around the show. We loved the fact that the crew and the actors were so on board with this idea.

AS: How does it feel to finally be able to share this body of work as a proper album? After being so frustrated from hearing the word “No” so often, do you feel like a paradigm shift has occurred in y’all’s careers?

AB: This has been such a labor of love and an experience unparalleled to anything I’ve ever done in the music industry, so I’m overjoyed. We’re so excited to finally get it to people’s ears.

And yeah, I mean, the number of doors that have been opened just from this one project alone has absolutely astounded us over the past six months. Now, we’re finding ourselves in rooms we would never have been in otherwise or would’ve taken us much longer. So, it’s just been an incredible, incredible experience to be able to, now, create new stories with my best friend. It’s the best.

Barlow & Bear’s The Unofficial Bridgerton Musical is out now—watch the music video for “Burn For You” below: 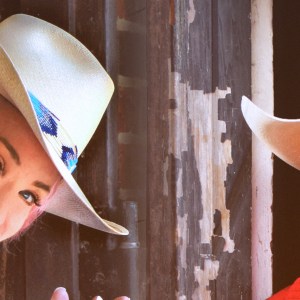 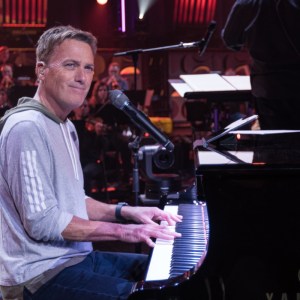