It seems like yesterday, Bob Seger sings on “Against The Wind,” but it was long ago.

Seger’s 1980 song—from the album of the same name—is one of his most popular tunes, and for good reason too. It’s an unoffensive, almost hypnotic mid-tempo ballad with a lyricism that inspired the next generation of singer/songwriters. (Brooks & Dunn, Garth Brooks, and The Highwaymen all did their own cover of the song.) But what is Seger talking about in “Against The Wind”? What happened long ago and why is he running against the wind?

Let’s find out. Keep reading for the meaning behind the song lyrics of Bob Seger’s “Against The Wind.”

Overall, the meaning of this song is about getting older. It’s about pushing on in life and maturing through love, exploration, heartbreak, and betrayal. The title and the repeated phrase “against the wind,” in particular, signal the passing of time. The phrase itself was something that Seger picked up from his days of running track and cross country in high school when he would literally “run against the wind.” Each mile running against the wind, each mile fighting an external force, took Seger farther and farther in his journey.

So, watch as the song progresses through life in each chorus:

Then the second and third choruses:

“Against The Wind” isn’t just a song about getting older. It’s about learning to realize what is important in your life, especially when it comes to the people in your life. In a 1980 interview with Rolling Stone, Seger explained how he came to this realization thanks to his then-girlfriend Janey Dinsdale.

“Jan[ey] says to me all the time, ‘You allow more people to walk on you than anybody I’ve ever known.’ And I always say it’s human nature that people are gonna love you sometimes and they’re gonna use you sometimes,” Seger said. “Knowing the difference between when people are using you and when people truly care about you, that’s what ‘Against the Wind’ is all about. The people in that song have weathered the storm, and it’s made them much better that they’ve been able to do it and maintain whatever relationship. To get through is a real victory.”

Walking or running through life, then, is best ventured alongside people who enrich your life. Take it from Seger, he’s been around the block once or twice.

Seger had some star-studded assistance in creating “Against The Wind.” Eagles producer Bill Szymczyk produced the track. Eagles singer/songwriter Glenn Frey also provided backing vocals for the song. Seger and Frey met while working in the Detroit music scene, where they both grew up. 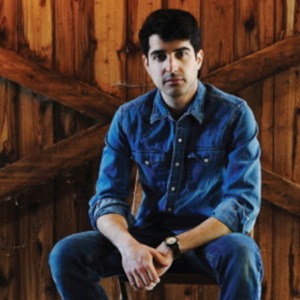