In their earliest formation, Def Leppard started with teenage friends Pete Willis, Joe Elliott, and Rick Savage, forming a band in Sheffield, England in 1977. Throughout the 1970s, the band—which would soon include drummer Rick Allen and late guitarist Steve Clark by 1978—was establishing their sound and even had their name written on the wall—literally—five years before their 1980 debut, On Through the Night.

“I started coming up with names for bands that didn’t exist and Deaf Leopard in the traditional spelling was one that sounded good,” said Elliott. “It just had a good sound.”

It was 1975, and frontman Joe Elliott was creating fake band names for a school art project. Trying to make the class assignment more interesting for himself,  he decided to start designing rock concert posters instead of painting traditional still-life fruit bowls.

“The great thing about art is it’s subjective, so you can talk to the teacher and go, ‘Look, I don’t want to do this bowl of fruit. Can I do a rock poster?’” said Elliott, who said the band had the name written on the wall of their rehearsal room. “I spent the whole term just making up posters for bands that I’d like to see or wish I’ve seen. Eventually, I just started making names up because I got bored, and one of them just happened to be Def Leppard.”

First spelled out as Deaf Leopard, the other band members weren’t too keen on being called something named after a wild cat with hearing impairment before original drummer Tony Kenning suggested going with the phonetic spelling of the word “Deaf” in the band name. Elliott remembers Kenning saying, “If we just lose the ‘a’ and turn the ‘o’ into a ‘p,’ it’ll look as good as it sounds.”

Elliott added, “Tony just drew a line through the A and stuck a line down the O so we could still see the original spelling, but he had graffiti on top. It wasn’t until maybe a month later when somebody wrote it out again that we noticed, ‘Well, it looks like Led Zeppelin,’ but at the time, we all went, ‘We’d rather look like them than The Flying Lizards, so stick with it.’ Silly name, really, but look at racehorses—I don’t think I’ve ever seen one that doesn’t have a silly name.”

Before launching his new record label in 1984, producer Rick Rubin asked the band for permission to use “Def” in the name of Def Jam Records, which is something Elliott regrets to this day. “Foolishly we gave it to him for nothing,” said Elliott.

In the end, everything worked out. Now more than 45 years after forming and nearly four decades since the 1983 release of the third album Pyromania, 12 albums later, including their most recent Diamond Star Halos, and more than 100 million albums sold, Def Leppard has reached legendary status—all with a name from art class.

“It was just two words,” said Elliott, who was 14 when he first wrote the band name. “It could have been anything. It’s become iconic now, but at the time, it was like, ‘Whatever.’ It just grew into itself. Happy accidents are always the best way.” 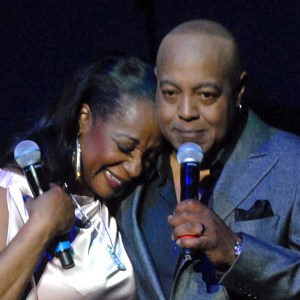 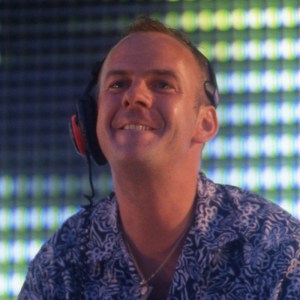