It’s hard to think of a group in recent years that can hold a candle to the absolute pandamonium One Direction started in the early 2010s. They shut down cities, they unionized the internet and they left puddles of tears and faintish fans in their wake. They had hit albums, movies, and documentaries. To be a 1D fan was not simply an interest, it was a lifestyle.

The members—Harry Styles, Liam Payne, Niall Horan, Louis Tomlinson, and Zayn Malik—amassed the career many of their peers only dreamt of, all in the short span of six years. After deciding to go on a “hiatus” in 2016 (one that seems unlikely to ever end), the hole was left in the hearts of many a devotee and the pop world alike.

Now, that the group has gone their separate ways and launched careers of their own, we think it’s high time to look back at its roots and uncover how One Direction came to be. Find the story behind their moniker below.

According to Styles, it was he who gave the band their soon-to-be-iconic name during their stint on The X Factor.

The then 16-year-old singer was put into a group alongside Tomlinson, Payne, Horan, and Malik after they failed to make it through the competition show as solo acts. With their new status as a band intact, they spent a few days back home pondering some essential questions: how are we going to dress, what are we going to sound like, and most importantly, what are we going to be called?

In a 2017 post-hiatus interview, Styles said that he came up with the name on a whim, “I think it was me. I know they’re not here to defend anything else, but it was me. I thought it sounded good. We threw around names for a little bit, and I honestly don’t know. I suggested it and everyone was like ‘Yeah we like that’ and then it kind of stuck, and that was what it was.”

Despite being a quick decision, the name would soon reach every corner of the world, be screamed from the top of millions of fangirls’ lungs, and change the music world as we know it—”Stan” Twitter owes the five-piece their dues.

A Boyband of Unprecedented Heights

It’s strange that often the most ephemeral of groups seem to make the biggest impact. In the grand scheme of things, One Direction wasn’t around for that long—six years to be exact—but, in that time they not only brought back the boyband phenomena but took it to new heights.

While, yes, The Backstreet Boys, NSYNC, New Kids on the Block and a myriad of other ’80s/’90s groups certainly made waves in their day, they were operating at peak boyband levels—everyone and their brother was in a boyband back then.

By the time One Direction stepped on the X Factor stage, the monochromatic, heavily choreographed swagger of the boyband was a thing of the past. While they didn’t choose to continue on in that spirit (judging by this brief clip, we venture to guess they wouldn’t have made it far if someone forced them to dance), they were the closest thing we had gotten to those glory days in nearly a decade and they were a welcomed reinvention.

While it’s hard to pinpoint just what makes a group reach the level of stardom these five guys did in the 2010s, a large part of what set them apart from their peers was a tasting of rock flavors within their pop musicality. Their sound was a little edgy—by boyband standards—and what teenager doesn’t crave something a little rowdy? Of course, we’re sure the fact that they were easy on the eyes didn’t hurt either.

As a group, they released five albums. The last of which was recorded without Malik after he announced his departure from the band in early 2015. All in all, they secured six Top 10 hits on the Billboard Hot 100, four world tours, and an enduring legacy that mounted solo careers for each of the members (more on that below).

By chart standards, it’s Styles that has come out on the top of the heap. Right from the get-go, Styles became an inimitable force as a solo artist with his debut album, Harry Styles. His sophomore record was similarly lauded. With his latest effort, Harry’s House, he broke the record for longest-running No. 1 with the lead single, “As It Was.” The anthemic, pop gem was a new sonic direction for Styles, one that would continue throughout the accompanying album. Whether he’s dipping into retro rock flavors or grooving with new wave, Styles has proven that everything he touches turns to gold.

But, Styles isn’t the only former 1D member that has amassed a respectable solo career, Horan, Payne, Tomlinson, and Malik have all shared more personal music that has found success in varying degrees.

Malik, the first to go solo, hit the top of the charts with “Pillowtalk” in 2016, collaborated with Taylor Swift and SIA the following year, and has shared three well-streamed R&B albums. Horan, taking things in a more acoustic direction, has shared two lulling albums that produced hit singles, “This Town” and “Nice To Meet Ya.” Tomlinson has continued his run as one of the strongest songwriters from the group (he amassed the most credits while in the band) with his albums Walls and Faith In The Future. And Payne secured a hit in the dance circuit with “Strip That Down (feat. Quavo). 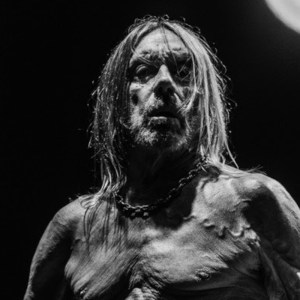