“Taylor came in with incredible style,” said rock icon Iggy Pop of the late Foo Fighters drummer, Taylor Hawkins. Included in a long roster of rockstars, Hawkins guested on Pop’s upcoming album, Every Loser, before his death earlier this year.

In a recent interview with NME, the “Passenger” artist said, “I’m very fortunate to have that color on the record.”

The album sees contributions from a wide range of rockers—including bassist Duff McKagan (Guns N’ Roses), guitarist Stone Gossard (Pearl Jam), Dave Navarro, and Eric Avery (Jane’s Addiction), and more —but Hawkins’ skills can be heard on two of the album’s tracks, “Comments” and the closing song, “The Regency.”

“He drums up a storm on those tracks, and you can really hear it,” Pop continued. “He has this sort of bubbling quality, it’s really percolating.

“I was really sad and shocked to hear about him,” Pop said. “I happened to know that hotel where he was. I’ve stayed in that town. The whole thing was something else. He did have a wonderful career doing what he wanted to do, and by all accounts, a good life.”

While the Foo Fighters were touring through South America, Hawkins was found dead in his Bogotá, Colombia hotel room on Mar. 25. A statement was released by the band after his passing, which read, “The Foo Fighters family is devastated by the tragic and untimely loss of our beloved Taylor Hawkins. His musical spirit and infectious laughter will live on with all of us forever. Our hearts go out to his wife, children, and family, and we ask that their privacy be treated with the utmost respect in this unimaginably difficult time.” Tributes poured in from the music industry with two concerts held in memoriam this past fall.

Hawkins will further be memorialized on Pop’s Every Loser, set for release on Jan. 6 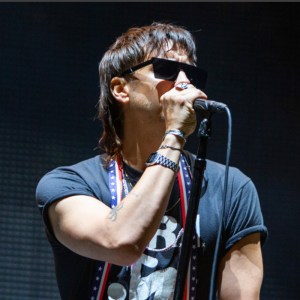 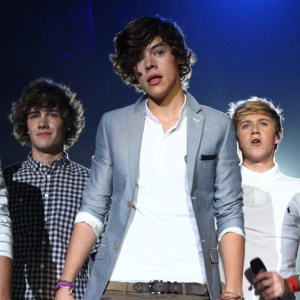