A glimpse behind the Bing Crosby holiday hit, “Mele Kalikimaka,” will find what most every Christmas song holds in its words and music: themes of love, togetherness, and, in this case, ohana (family).

“Mele Kalikimaka,” with its warm, leisurely strumming and bright, buoyant beat, sounds unconventional among the Christmas catalog, but it’s a classic nonetheless. Its cheerful tune and joyous lyrics evoke the same sentimental feeling as any frostbitten holiday tune. But ditch the “White Christmas” and forget about walking in a “Winter Wonderland,” this Hawaiian Christmas song will have you longing for sand and surf during the holidays.

The Hawaiian phrase, Mele Kalikimaka, means “Merry Christmas.” It is a loan phrase from English as the Hawaiian language has a different phonological system in which there are no r or s sounds and every consonant is followed by a vowel. So as the song goes, Mele Kalikimaka is the thing to say / On a bright Hawaiian Christmas day.

The song may not give reference to the bitter cold or cast imagery of fireside celebrations, but the tune gives off the same merry and bright feelings as any other holiday classic. The words are tender and welcoming against a sway-inducing arrangement.

Here we know that Christmas will be green and bright, the verses are leisurely sung by Bing Crosby, backed by the Andrews Sisters. The sun to shine by day and all the stars at night / Mele Kalikimaka is Hawaii’s way / To say Merry Christmas to you.

“Mele Kalikimaka” was written by Hawaiian-born composer R. Alex Anderson in 1949. The song was apparently inspired by something a colleague at Vonn Hamm-Young said to him around the holidays.

Anderson explained, “A stenographer in our office, this was just before Christmas, and we are all leaving [at] 5 o’clock, and she was next to me and she said, ‘Mr. Anderson, how come there’s no Hawaiian Christmas songs?’ She said, ‘they take all the hymns and they put Hawaiian words to the hymns, but there’s no original melody.'”

Around that time, Christmas was a relatively new holiday in Hawaii. It was not officially celebrated on the islands until the late 1800s. There were no original Hawaiian Christmas songs then, instead classic carols were strummed on the guitar or ukulele and given Hawaiian words.

“Well, that spurred me right away – I thought, ‘what a good idea!’,” Anderson continued. “I thought this over, and over a period of a few days this came into my head, put it down on paper, and I’ve been singing it ever since.”

How the song fell on Bing Crosby’s ears has to do with golf. Crosby was a longtime visitor of the Aloha State and was a faithful golf partner of Anderson’s. The composer played the song for the Christmas crooner, and Crosby surprised Anderson with a recording of what would be the holiday favorite in 1950.

Watch the 1994 interview of Anderson discussing the song’s origins and playing the famed composition on the ukulele. He would pass away the next year at the age of 100. 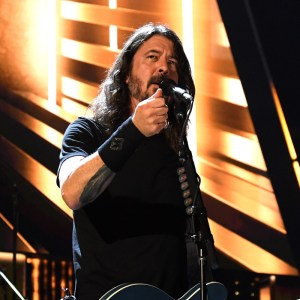 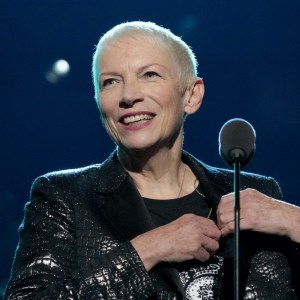