Here at American Songwriter, we learn about, write about, listen to, study, and consider a great number of holiday songs this time of season each year.

While there are hundreds, thousands, millions (!) of songs out there celebrating the season, we thought we’d take a moment and offer a few of our favorites. The ones we look to each December to feel more in touch and in tune with this special time of year.

So, without further ado, here are the American Songwriter staff’s favorite holiday songs.

Few modern Christmas songs come to mind when we think of the classics—for some reason, those 18th-century hymnal types won’t seem to fade away—but Paul McCartney’s “Wonderful Christmastime” is certainly one that could be counted in those ranks. Every time I’m in the middle of a mall (the arena of the modern Christmas) and I hear those synths ramp up and Macca’s voice comes in with The mood is right / The spirit’s up…ahh, it’s beginning to look a lot like Christmas. – ALEX HOPPER

If I’m being honest, Justin Bieber’s “Mistletoe” gets brought into the rotation way before December ever rolls around. Beiber singing It’s the most beautiful time of the year sometimes refers to a sunny day in July or a rainy one in April. Despite it being a year-round bop, it hits even harder with a chill in the air and the 25th looming. Not only is it a modern Christmas staple, but I would also argue it’s one of Bieber’s best songs. – ALEX HOPPER

A song not too often heard on the holiday radio rotation, Willie Nelson’s “Pretty Paper” is a classic nonetheless. It doesn’t have the obnoxious jangle or the cheerful message that dominates the mainstream come December; rather, it’s an honest and empathetic tune about the people you sometimes overlook. – ALLI PATTON

4. “The Christmas Song (Merry Christmas To You)” – Nat King Cole

A stunning classic, Nat King Cole’s “The Christmas Song (Merry Christmas To You)” brings holiday cheer like no other. The delicate piano paired with Cole’s otherworldly voice makes for a magical moment. – ALLI PATTON

The raucous holiday tune à la The Boss, Bruce Springsteen’s “Santa Claus Is Comin’ To Town” is a full-throated, New Jersey-textured rocking good time that turns a children’s cautionary song into something everyone can appreciate. – ALLI PATTON

This song holds a lot of special Christmas memories for me. My uncle and aunt always used to play the Charlie Brown Christmas soundtrack during their annual Christmas Eve party at their home and this song was a staple. Hearing it brings me back to all those childhood years making lasting memories with my brothers and cousins in the basement, whether we were playing an eccentrically-themed round of Yankee swap or singing carols around the piano. “Christmastime is Here” is timeless not only in the realm of Christmas music but as a symbol of the memories in my life. – CILLEA HOUGHTON

This song also holds a lot of meaning for me. I think it’s one of the most beautiful songs ever written, from the imagery of the bright stars that light up the dark night sky to people falling on their knees in peace. But what makes it particularly special is how much it means to my dad. “O Holy Night” was his father’s favorite Christmas song. Every year when I was growing up, we’d go to mass on Christmas Eve and there was a woman who would always perform “O Holy Night” acoustically. It moved my dad to tears, recollecting memories of his own father. Watching him cry of course made my mother, my brothers, and myself cry too, a memory that is both sad and beautiful—just like life. – CILLEA HOUGHTON

8. “All I Want for Christmas Is You” – Mariah Carey

Mariah Carey’s reign as the Queen of Christmas continues this season as “All I Want for Christmas Is You” returns to No. 1 on the Billboard Hot 100 chart for the fourth consecutive year. The 1994 holiday hit has survived the test of time thanks to Carey’s signature vocals and the compelling music accompaniment. From the twinkling intro to Carey’s powerhouse vocal riffs, “All I Want for Christmas Is You” captivates. It doesn’t hurt that the song embodies a simple, yet universal wish to spend the holiday with one’s love. It’s a message we can get behind year-round. – ANNIE REUTER

First appearing as an instrumental on Trans Siberian Orchestra’s 1996 debut holiday concept Christmas Eve and Other Stories, the band later presented a newer version of the 1847 Adolphe Adam-composed classic, featuring Phantom of the Opera Broadway star Michael Crawford, for a made-for-TV film The Ghosts of Christmas Eve in 1999. Backed by a children’s choir, their cherub-like harmonies, along with Crawford’s captivating and soaring tenor (the last Noel! Noel!) make this one of the most unforgettable versions of the holiday standard. Crawford also released another version of the song his 1999 release A Christmas Album. – TINA BENITEZ-EVES

Originally written by Joan Javits and Philip Springer, and first performed by Eartha Kitt and Henri René and His Orchestra in 1953, in all its cheekiness “Santa Baby” is often thought of as a sexier song than it actually is with Kitt’s cat-sultry growl. The song is actually the story of a woman who wants the finer things in life—money, jewels from Tiffany’s, a convertible—Santa baby, just slip a Sable under the tree for me / Been an awful good girl / Santa baby, so hurry down the chimney tonight / Santa baby, a ’54 convertible too, light blue. – TINA BENITEZ-EVES

11. “Carol of the Bells” – Trans-Siberian Orchestra

It’s hard to know where to start talking about this song because it has it all. Holiday nostalgia, pop culture references, rock, mystique, guitar riffs, and church bells. It reminds me both of Home Alone, when Kevin is preparing the house to trap the bad guys, and its opening reminds me of A Christmas Carol, with Scrooge walking the dank streets alone. It’s got oomph and power. It’s a banger. – JAKE UITTI

“Heaven & Earth” comes from Odom Jr.’s The Christmas Album. Let’s begin here: he has one of the best voices on Earth. And while the song isn’t a known holiday classic, the song, written by Odom Jr., swells to perfection. It’s thunder and lightning. Heaven and Earth. – JAKE UITTI

While mays Christmas songs conjure up feelings of joy and happiness, there are many people who have lost the spirit of Christmas and are dealing with feelings of sadness. “Where Are You Christmas? featured in the film How the Grinch Stole Christmas, starring Jim Carrey, addresses that subject, but in the same breath brings a feeling of hope. Faith Hill’s stunning vocals have the power to lift you out of the doldrums and bring you optimism. In the end, love wins. She sings I feel you Christmas / I know I found you / you never fade away / ohhh, the joy of Christmas stays here inside us / fills each and every heart with love. – LISA KONICKI

Leave it to soul man Carter to sling out one of the spicier, more sexually suggestive Christmas songs ever to hit the radio. This 1968 piece of horn-propelled funk was originally included in that year’s Soul Christmas album, which remains one of the finest R&B collections of holiday tunes. Carter takes the voice of a particularly salacious Santa singing “I make all the little girls happy while the boys are out to play,” leaving the rest to your imagination. Naughty, naughty Santa. – HAL HOROWITZ

Petty’s only holiday song feels like a classic that never became one. The mid-tempo rocker appeared in 1992 and keeps it real as he sings Long distance relatives/haven’t seen them in a long, long time/I just don’t want to kiss them no, which works perfectly with today’s COVID atmosphere still a presence. Petty also alerts us to his own Christmas wish list, which includes a new Rickenbacker guitar…and a Check Berry songbook. – HAL HOROWITZ

First recorded by Check Berry (he wrote it but had to credit Johnny Marks who owned the “Rudolph the Red-Nosed Reindeer” rights) in 1958 and has been covered dozens of times since. Keith Richards’ 1978 single (which still hasn’t made it onto a Richards album) was the first song he released as a solo act away from the Stones. It’s got all the standard ingredients of his chunky chukka-chukka guitar rhythms and reedy voice and chugs along like the best of the Stones’ classic rockers. – HAL HOROWITZ

Paul McCartney captures both the wonder and whimsy of the holiday season with this delightfully chipper bit of fluff and fancy. Recorded entirely on his own during sessions for McCartney II, another individual excursion, it features cooing harmonies, an uptempo delivery, and synths and sleigh bells for that ideal ambiance. It’s so festive in fact that it’s now considered a Yuletide standard. And why not, it’s simply effusive and engaging, and that makes it wonderful indeed. – LEE ZIMMERMAN

Naturally, Paul’s old pal and creative colleague, John Lennon, wasn’t content to simply spread
some festive cheer. Credited to John and Yoko and the Plastic Ono Band, it sounds soothing and
sentimental, but the urgency of the message—that is, a rebuke of war—adds a decided depth
to the reviewing refrain. It wasn’t entirely original—producer Phil Spector noted that the
opening line held some similarity to an earlier song he had overseen, “I Love How You Love
Me,” while it also recalled a traditional English folk tune titled “Skewball,” later reworked by
Peter Paul and Mary as “Stewball.” Nevertheless, even holiday happenstance doesn’t diminish its
message and meaning. – LEE ZIMMERMAN

David Bowie’s teaming with Bing Crosby for the latter’s holiday special seemed like an unlikely
pairing at best, but these two rather odd bedfellows still managed to pull off what may well be
the most touching cover ever of a spiritual standard. The familiarity factor weighs heaving here,
but the deep croon Crosby and Bowie shared in common made this dramatic duet a perfect
pairing in terms of both eloquent and emotional expression. The cynical may scoff, but there’s no
denying the power of this touching, triumphant and regal rendition. 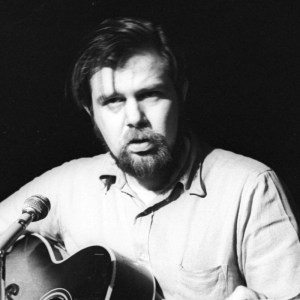 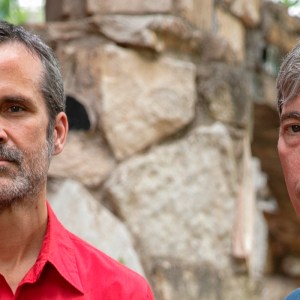