Observant songwriters should always have their antennas up, ready to zoom in on the most mundane topic or object, even a shirt, and hopefully turn it into a hit song. And that’s exactly what happened when Kenny Wayne Shepherd, Tia Sillers and Mark Selby wrote their smash hit, “Blue On Black.”

“I had the whole musical idea, and I said ‘what can we do with this?’” Shepherd told American Songwriter this past summer, recalling the writing session that produced his most popular song, which first appeared on his sophomore album, 1997’s Trouble Is….

Songwriter Sillers and Selby had previously collaborated with Shepherd on his self-titled 1995 debut record, co-writing the album favorite “Deja Voodoo.” The three writers had some time off and went to New Orleans, where Tia and Mark had rented a place in the French Quarter. Shepherd remembers sitting in a small room with the songwriting couple, probably the kitchen, with Tia sitting across from the two guitarists who were jamming on a D-C-G riff that Shepherd had spiced up.

“In typical fashion, Mark and I started jamming on the idea and Tia started scribbling away. After a few minutes of us jamming and creating this vibe, Tia said ‘what do you think about this? And she started rattling off this idea for a chorus: ‘Blue on black,’ ‘tears on a river’ and maybe some other ideas that didn’t make it into the song.”

“She had a whole list of things that don’t amount to an effect when you put one against the other. Cold to ice. It’s not changing anything. A tear into a river is not elevating the level of the water significantly. And adding blue to black- the black consumes the blue.”

“We thought it was great and I asked her where she got the idea. She said while we were jamming, she was feeling the vibe. And she told me the shirt that I had on was a blue and black shirt where the seam was going down the middle. One side was blue, and one side was black!”

“So basically,” Shepherd laughs, “Mark and I jamming together on this groove and Tia observing my shirt, which was a very ‘90s appropriate shirt, birthed the idea behind this very profound song!”

Though he knew they had written a pretty good song going into the recording session, it was the last song Shepherd recorded and almost didn’t get cut. At this early point in his career, the young twenty year old guitar wizard had built up a loyal base of fans and musician friends, including Stevie Ray Vaughan’s rhythm section (Chris Layton, Tommy Shannon, Reese Wynans), who wound up recording the song with him. But the recording came down to the wire and almost fell apart.

“We had Double Trouble out there for the basic tracks. Chris Layton was laying down the drums and trying to get up and walk away because the car that was taking them to the airport had been waiting for a while. They were afraid they were going to miss their flight! Jerry Harrison (producer) was like, ‘just one more take!’ So it almost didn’t get done.”

Shepherd went on to flesh out the song, giving it a gut-punchy tightness by layering a detuned electric guitar part and a classic guitar pedal sound.

“I was just playing acoustic rhythm, and when I went back to add the solos and other parts, I felt there was something missing. It needed a deeper sonic bed to be there with the acoustic guitar. I started messing with the Univibe and I dropped the low E to D which gave it a deep sound, like an ocean underneath it. It’s a very simple part and that Drop D tuning and the Univibe adds a layer of depth to the track.”

“Blue On Black” went on to top the Mainstream Rock chart in 1998 and win the Rock Track Of the Year at the Billboard Music Awards. But the song has legs and a deep connection with fans and artists, who interpret the lyrical aspect of the song in different ways.

“I can’t even tell you how many messages, emails and letters I’ve gotten over the years about the song,” Shepherd reveals. “So many people have applied the song to their own life experience in a number of different ways. From the death of a loved one, an abusive relationship, or futile attempts at salvaging something. I think the simplicity of the music allows you to connect with the vocal. There’s nothing to distract you from the message being conveyed. But what’s magical is that whatever message you’re getting or how it touches the listener, it’s always very significant and very deep. But it can be something different in each one of us and how it’s applied.”

The song resonated with hard rock band Five Finger Death Punch, who recorded two cover versions of the song. The first version appeared on their 2018 album And Justice For None. When the song received good response, they went back into the studio for an updated version, inviting Shepherd to add guitar parts alongside Queen guitarist Brian May, and country singer Brantley Gilbert (who also often performs the song in his live shows), with proceeds benefitting the Gary Sinise Foundation for first responders. That version topped the Mainstream Rock chart, hit Number 2 in the Digital Sales Chart and number 66 on the Top 100 in 2019.

“Five Finger Death Punch did it on their record and then asked if I would do a version with them,” Shepherd commented. “They got Brantley Gilbert to sing a verse, Brian May played a solo. It was an incredible collaboration. When I heard they were going to record it I told them ‘I’m not saying this because I wrote it, but I believe in the power of this song. If you go to radio with it, I think you’ll have a Number One. And they did go to radio and it did go to Number One for them.”

“I was really proud to be part of it. It gave me the opportunity to experience it all over again, even though it wasn’t my record. It’s my song and to have it go to Number One and have that experience in two different ways is unusual. Without putting myself in his league, it was similar to Eric Clapton with the original version of “Layla” and then the Unplugged version so many years apart.”

After the initial success of “Blue On Black,” Selby and Sillers went on to ride a wave of hits, including writing “There’s Your Trouble” a Number One hit for the Dixie Chicks in 1999. Sillers also hit the stratosphere a year later with the timeless classic, “I Hope You Dance,” co-written with Mark D. Sanders and most famously recorded by Lee Ann Womack. That song was written after a breakup Sillers went through, which led to her romantic relationship with Selby, leading to their most successful creation: a 16-year marriage that was sadly cut short when Selby passed away from cancer in 2017, before “Blue On Black” hit the charts again.

Shepherd humbly notes the appeal of “Blue On Black” boils down to a few core elements. “It’s timeless and it crosses genres.” 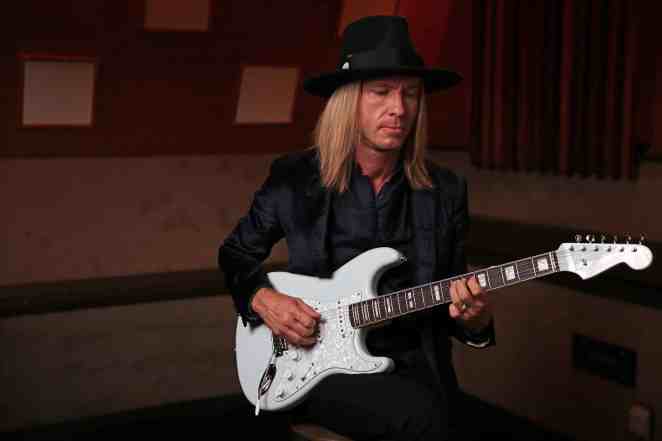 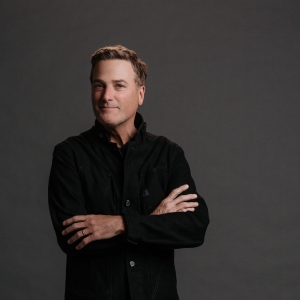 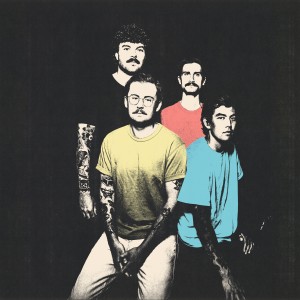