Hailed as a blues guitar prodigy and signed to a record deal as a teenager, Kenny Wayne Shepherd took up the guitar as a child after meeting Stevie Ray Vaughan, and some three decades later, Shepherd is known as one of his generation’s guitar gods. With three platinum albums, Shepherd and his band, which includes singer Noah Hunt and Vaughan’s longtime drummer Chris Layton, are a solid concert draw that has toured with the Rolling Stones, Buddy Guy, the Eagles and others.

Shepherd and the band had a new album in the can last spring when Covid-19 hit, delaying its release. He decided instead to release a DVD package of a concert shot in 2019 at the Leverkusener Jazztage jazz festival in Germany, Straight To You: Live. It will be released on DVD+CD, Blu-Ray+CD, two-LP red transparent vinyl and digitally later this week. With a wife, kids, and a non-stop career, Shepherd is a busy guy, but he found a few minutes for a phone conversation with American Songwriter.

“The DVD in Germany was pretty much the show we were doing at the time,” he said. “We knew that we had the ability to release it, but we had a new record that we had just finished, just before they started locking everything down. We were getting ready to mix and master it when the lockdown happened. But I wrote a ton of songs for the new record and it’s really cool, I can’t wait to get it out to people. We put records out so we can go play shows for people, so we’re trying to figure out what the best time is to release a brand-new record because we really don’t know when we can go back to work full-time. So now we’ve put that on hold, we’re just going to wait for the right time to do it. In the meantime, I thought that since people can’t come and see us play live, and a live performance really is the essence of what we do best, that now would be the perfect time to put out a live DVD.”

Including original material from over the years and covers of Neil Young’s “Mr. Soul” and Joe Walsh’s “Turn to Stone,” three of the songs on Straight To You: Live – “Heat Of The Sun,” “Long Time Running” and “Blue On Black” – were originally written by Shepherd with Nashville husband and wife hit songwriters Mark Selby (Dixie Chicks) and Tia Sillers (Lee Ann Womack), whom Shepherd worked with for two decades before Selby died of cancer in 2017.

“Mark was one of the first people I ever wrote songs with in my life,” Shepherd said, “and then he brought Tia into the mix. We were a team for so long, they showed me so much about how to construct a song. He was really like family, I had so much history with the two of them. Their contribution to my life and my music and my career, it’s really hard to measure. It was like losing a family member and I think about him quite often.”

Get the Tunes
Buy from Amazon

Shepherd is more often than not seen playing a Fender Strat, though he has a Gibson or two in his arsenal. “When we shot the DVD we were in Europe and I didn’t have my Les Pauls with me,” he said, “but in the shows I do play a couple songs on a Les Paul. I’m no strangers to Gibsons and other guitars, but a Strat just feels natural and comfortable in every way, everything is in the right spot for the way that I play, other guitars just feel a little less suited to me. And it’s not just because that Stevie Ray played one – we’re talking about Jimi Hendrix, Eric Clapton, Jeff Beck, Buddy Guy – there’s a tremendous amount of very famous, very influential Stratocaster players, and you look at those guys and you say, I wanna play that guitar. But there’s also a lot of great Les Paul players. But when I picked up that instrument, where the knobs are, pickup selector, the contours on the body – it just felt right.”

Shepherd is also a member of The Rides, the hot blues-rock band featuring Shepherd alongside Stephen Stills and keyboard legend Barry Goldberg. “We were just talking about getting together and writing songs and going in to the studio to make a third album but the virus shut everything down,” Shepherd said. “So now all of that’s on hold.”

Get the CD or Blu-Ray
Buy from Amazon 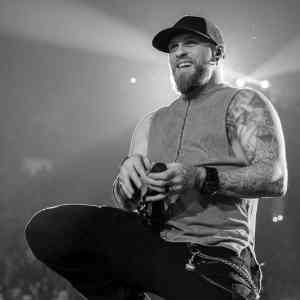 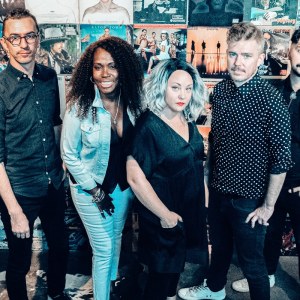