Leonard Cohen’s songwriting could seem effortless, line falling after line with an inevitability that made it seem as if the words were handed down to him from some sage, sly muse that only he could access. In reality, some of his finest works took years of toil and struggle, adding and pruning, until they took on their final form. “Democracy,” one of Cohen’s missives on the state of the world from The Future (1992), was one such song.

In various interviews, Cohen is quoted as having written 50 or more verses for the song over a period of years. This is borne out by the fact that, as he told American Songwriter’s Paul Zollo for the book Songwriters On Songwriting, it was the fall of the Berlin Wall, which took place in 1989, that was the impetus of “Democracy”, which wasn’t completed till three years later.

Cohen’s initial reaction was a kind of hold-your-horses caution, as he explained to Zollo. “And I was like that gloomy fellow who always turns up at a party to ruin the orgy or something. And I said, ‘I don’t think it’s going to happen that way. I don’t think this is such a good idea. I think a lot of suffering will be the consequence of this wall coming down.’ But then I asked myself, ‘Where is democracy really coming?’ And it was the U.S.A…So while everyone was rejoicing, I thought it wasn’t going to be like that, euphoric, the honeymoon. So it was these world events that occasioned the song. And also the love of America. Because I think the irony of America is transcendent in the song. It’s not an ironic song. It’s a song of deep intimacy and affirmation of the experiment of democracy in this country. That this is really where the experiment is unfolding. This is really where the races confront one another, where the classes, where the genders, where even the sexual orientations confront one another. This is the real laboratory of democracy.”

His words about “Democracy” not being an ironic song are crucial here. This is not a “Born In The U.S.A” situation, where patriotic music is used to deliver a stinging message about our country. When Cohen slips into the heartland rock touches of “Democracy,” he is doing so to emphasize the song’s sneaky, clear-eyed optimism. When he sings, “Democracy is coming to the USA.” in the chorus, it is more with fingers crossed than with tongue in cheek.

Cohen renders democracy as an elusive force, much as the answer that was blowing in the wind for Bob Dylan all those years before. It’s coming through a hole in the air, he sings in the opening line. It’s coming from the feel/That this ain’t exactly real/Or it’s real but it ain’t exactly there. He keeps finding this concept in unexpected places: drunken visionaries, car companies, family dinners.

He also suggests democracy has to come, because the people are desperate enough to will it into existence if it doesn’t get there of its own volition: It’s here the family’s broken/And it’s here the lonely say/That the heart has got to open/In a fundamental way. This is no rose-colored assessment of our nation, the cradle of the best and the worst, as he calls it. Opposition to democracy, he implies, exists in the country’s baser qualities, as he implores the mighty ship of state to sail Past the reefs of greed/Through the squalls of need.

As he liked to do, Cohen inserts himself into the larger worldview in the final verse, a guy watching all of these events unfold on his television. His final words evoke a kind of foolish loyalty against all evidence that might steer him elsewhere: But I’m stubborn as those garbage bags that time cannot decay/I’m junk but I’m still holding up this little wild bouquet/Democracy is coming to the USA.

Cohen’s track still rings true thirty years down the road because the ideals that it seeks are still in the ether all around us, inches and miles away. The song suggests that “Democracy” might take forever to get here, but it’s a promise worth waiting for nonetheless. 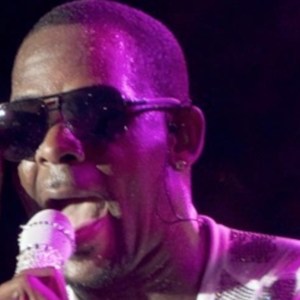